Friday, May 8th 2015 marked seventy years since victory was declared in Europe for Britain and her allies.

As town halls up and down the country counted ballot papers for national and local elections, we remembered the celebrations of victory and sacrifices in the Second World War, without which such ways of life we take for granted today would be so very different.

By April 1945 the Allied forces had surrounded Berlin. On the 30 April Adolf Hitler committed suicide in his bunker. His successor Grand Admiral Karl Dönitz sought an end to the war and looked to negotiate the surrender of Germany to the Allied nations. Dönitz wanted to have as many German troops as possible surrender to the Allied forces in the west and avoid capture by the Soviets.

Early in the morning on 7th May at the Supreme Allied headquarters in Rheims, the act for the unconditional surrender of all German forces was signed on behalf of Germany by General Alfred Jodl. At the insistence of Josef Stalin the Soviet leader, a further ceremony was held in Berlin and another surrender document was signed. The surrender officially came in to effect at one minute past midnight on the 9 May, although a cease-fire had already been called.

On the evening of 7 May, the news spread that the war with Germany was over. It was announced that the 8 May was to be a national holiday in Britain to celebrate Victory in Europe Day, but many people started celebrating as soon as they heard the news.

A Nation Remembers and Celebrates

Throughout the nation, events were held on the 8th of May to celebrate the end of hostilities. Villages, towns and cities were awash with flags and bunting in red, white and blue. People came together as communities, holding street parties and parades.

Thousands attended church services to give thanks for the end of the war in Europe, including the members of the House of Commons who attended a service at St Margaret’s Church, Westminster. In London, vast crowds gathered at famous landmarks and monuments. An estimated 50,000 people were at Piccadilly Circus by the end of the day.

At 3pm the Prime Minister Winston Churchill gave a radio broadcast to the nation, formally announcing the end of the war with Germany. Later that day Churchill was greeted by cheering crowds at the Ministry of Health in Whitehall.

From a balcony, he gave a speech to the huge numbers of people congregated below. “This is your victory” Churchill stated, to which the crowd responded, “No, it is yours”. Churchill also appeared with the Royal Family on the balcony at Buckingham Palace.

The festivities continued into the night with fireworks and bonfires on which effigies of Hitler were burnt. In London there were still huge crowds of people dancing and singing, Vera Lynn songs were a popular choice. Public houses had been allowed to stay open and serve drinks beyond their normal licensing hours.

While the end of hostilities in Europe was a cause for celebration, for those who had lost relatives and friends it was more about reflection and remembrance than festivities. Lives had not just been lost on the battlefield. Homes had been destroyed and thousands of civilians had been killed in German air raids.

In his radio broadcast, King George VI had urged the nation to “…remember those who will not come back…we have come to the end of our tribulation and they are not with us at the moment of our rejoicing.” Church services and ceremonies were held all over the country to honour and remember the fallen.

People were also celebrating that things would now start to get better.

However, there was a realisation that the years of austerity and rationing would not end overnight. Britain had been at war for almost six years and was virtually bankrupt.

The war would continue to have an impact on people’s lives economically, politically and socially, for many years to come. Food rationing for example, wouldn’t end until 1954.

The crowds had cheered their popular wartime leader.

But Winston Churchill would lose the General Election in July 1945 and be replaced with the Labour Prime Minister Clement Attlee as the nation moved in a new direction and looked to rebuild itself.

Still fighting in the Pacific and Far East

While the war in Europe had ended, the war with Japan was still ongoing. Allied forces were still fighting in the Pacific and the Far East. There were thousands of men being held in appalling conditions as prisoners of war in Japanese camps.

With victory in Europe, British servicemen now faced the prospect of being redeployed to the Far East to places such as Burma, to fight against the Japanese.

As Winston Churchill said “We may allow ourselves a brief period of rejoicing, but let us not forget for a moment the toil and efforts that lie ahead. Japan…remains unsubdued…we must now devote all our strength and resources to the completion of our task, both at home and abroad.” It would be August before Japan surrendered and the war finally came to an end. 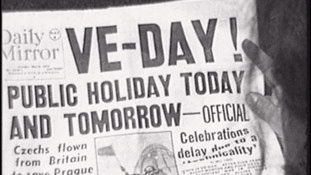 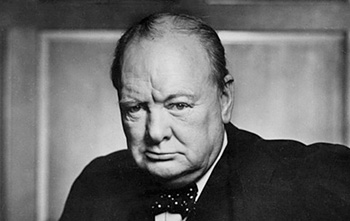