On May 5th this year, 128 local Authorities, 4 directly elected Mayors and 36 Police and Crime Commissioners throughout England are up for political gain. This chance for many of the English population to voice their opinion on how their local authorities are run should not be missed.

For those hundreds of thousands of people eligible to vote, local councillors may not seem to be able to significantly influence their lives.So it does not really matter who is elected locally because the Conservatives are in central government and politically control the country—right?

Clearly the UK Government, run by Mr Cameron and his team of Tories have large power over taxes, education, health etc. Nevertheless, local councils have direct control over services and policies that certainly affect people’s lives—which central government is separate too. Electing the right Councillors for your area is extremely important for how local services are run.

Since being a member of Lancaster City Council for under a year, our council has passed many policies and motions after lengthy discussions amongst parties and members within the town hall. We recently passed our annual budget, under devastating and unnecessary funding cuts from central government. This included debates on the continuation of running essential services such as CCTV/community centres/libraries/local swimming pools/flood defences (amongst many others).

I am a member of the Labour Party which now has 29 out of 58 members in the council and subsequently the party has been able to support the most vulnerable in our district through policies such as continuing our Council Tax Support Scheme, which gives the poorest in the area a break from paying council tax if they cannot afford it. We have also passed a £5m investment (using our reserves) that upgrades a council owned sports centre. This will sufficiently improve sports opportunities, along with physical and mental health for all our residents while simultaneously attracting tourists into our district. The majority of the local Conservative group opposed such important policies. So it is absolutely essential that if you are able to vote in the upcoming English elections you do so, as local issues will undoubtedly be influenced by which political party runs them.

Jeremy Corbyn faces his first round of major electoral opportunities in May since he became Labour leader.

Despite negative media coverage of the Labour leader, with headlines in some national newspapers creating a distorted image of Mr Corbyn, there has still been large success from the Parliamentary Labour Party.

Campaigns in conjunction with organisations and charities; disputing cuts to tax credits, disability payments, police funding and many others have been successful and resulted in U-turns on such proposals. Now the Conservative Party is in a state of disarray. The unexpected resignation of Iain Duncan Smith in March 2016, a senior Conservative Minister, due to the ideological drive for the Conservative Party’s policies demonstrates a lack of solidarity amongst the Tories. The national polls are now the closest since Jeremy Corbyn has been Labour leader, with Labour taking a lead in a recent YouGov poll after the failure of George Osborne’s budget that had £4bn missing after sidelining cuts to Personal Independence Payments. May 5th is a great chance for Jeremy Corbyn to continue electoral support for 2020 by winning local elections throughout England.

I am well aware of the extent to which local authorities are being diminished.

George Osborne repeatedly claims that his Government is completing a ‘devolution revolution’, reforming the relationship between central and local government.

The ‘devolution revolution’ is weak, with only a few welcoming policies for local authorities being present. More often than not Mr Osborne has contributed to the systematic breakdown of local authorities by slashing back funding. Predominantly in the North, with Labour run councils facing overwhelming levels of funding cuts compared to many Conservative run councils.

Lancaster City Council will have made close to £8m worth of cuts by 2020, which is a small image in the bigger picture of the billions being cut back for local authorities throughout the UK. This is a political choice from the Conservative Party, not an economic necessity.

The future of local authorities is extremely uncertain, with relentless ideological reductions in local government funding damaging the quality of public services year on year. Thus councils are forced to cut financial support for local services, which affects most people’s lives one way or another, from bus services to local charity support.

Hence the upcoming local elections in England are a great chance to elect local Councillors who are willing and able to make the right political choices when faced with tough decisions. So I urge you to not to hesitate, but get involved and have your say.

Sam Armstrong is a City Councillor for the Labour Party on Lancaster City Council who was elected onto the University and Scotforth Rural Ward in May 2015.

As well as serving local constituents, Sam sits as a member on the Budget and Performance Panel, which analyses the council’s financial and operational performance along with scrutinising the quality of council expenditure.

Originally brought up in Northumberland, he is now a second year student at Lancaster University studying a BA in Politics. 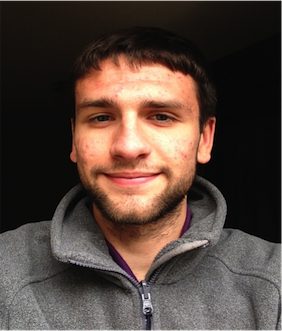