Northern Ireland enters this summer’s election on its return from the edge of the abyss. Last autumn’s political crisis saw an acrimonious end to only the second full term at Stormont since 1998. Unionist parties were particularly outraged. The signing of the Fresh Start agreement in November has dealt with a lot of these issues, but the legacy of the past remains ambiguous.

This May’s Assembly elections give voters their first opportunity to pass comment since the events of last summer. Here I look to predict the response of the Unionist community and suggest that it may have profound effects on the balance of power in Northern Ireland.

The events of last summer, including the discovery of Provisional IRA activity and the failure of Fresh Start to deal with these issues, has ensured that this election will remain entrenched in the sectarian voting patterns that have dominated post-conflict elections in Northern Ireland.

For unionists in particular, the hangover from the crisis could shape the nature of the vote. Indeed the Ulster Unionist Party (UUP)’s decision last September to resign from the executive and form an opposition, looks like being more than a one off. The party’s leader Mike Nesbitt, has suggested that if a suitable programme for government is not found in the first two weeks of the new Executive, then his party could again go into opposition.

Is this political suicide, in a power-sharing executive specifically designed to allow a fair voice to all? Well perhaps not quite. A recent Irish Times article has suggested that both the media and public opinion are in favour of an opposition to the Northern Ireland Executive. Indeed when the UUP withdrew in 2015 their electoral poll ratings were boosted, the knock-on effect of which, was a narrowing of the gap between the Democratic Unionist Party and Sinn Féin to just 0.4%. While the UUP’s poll ratings have since dropped, their announcement in the past weeks that they would consider going into opposition, could facilitate a split in the unionist vote based on this evidence.

While I am not predicting an Ulster Unionist rout, even a small split could have a significant effect on their rivals in the DUP. The DUP have since 2007, been the Unionist party of government in Northern Ireland, and despite having their own rolling resignations during the political crisis, remain committed to going into government after the next election. To some extent this places them at odds with the position of the Ulster Unionists. By suggesting that they could provide an alternative, the UUP could threaten the DUP’s dominance of the Executive. A point that their Westminster leader, Nigel Dodds appeared to try and quell at the parties campaign launch in early April. He stated that ‘there is a straight forward choice between Arlene Foster and Martin McGuiness for First Minister.’

The Fermanagh and South Tyrone Tussle

Bemoaned as scaremongering by some in the UUP, this nevertheless represents the problem facing unionism. Despite the political crisis and the allegations levelled against the Provisional IRA, Sinn Féin’s share of the vote has remained steady. Given the entrenched community voting patterns in Northern Ireland, this means that any votes gained by the Ulster Unionists are likely to diminish those of their counterparts in DUP, particularly when it comes to first preference votes. Therefore any trade off in unionist voting patterns, could subsequently strengthen Sinn Féin’s position. A point that can be displayed perfectly in Fermanagh and South Tyrone. Here both the DUP and the UUP are in close battles, particularly following their pact at the 2015 general election. Both parties have two candidates. Were there to be a split in first preference votes here, it is possible that Sinn Féin, who are fielding an extra candidate this time, bringing their total to four, could be the ones who profit.

While Fermanagh and South Tyrone is merely a microcosm of the wider election, it nevertheless exemplifies the potential outcomes of a shearing of the unionist vote. While I am not, as Nigel Dodds has predicted, suggesting that the effects of a unionist split would be enough to make Martin McGuiness First Minister, a boost in the number of Sinn Féin assembly members could be significant.

At the last election Sinn Féin was left with 29 seats. Crucially, this was one seat short of the amount needed to exercise a petition of concern (essentially allowing them to block legislation in the Assembly), something that the DUP with 38 seats, were able to do. Therefore were we to see a unionist split in the vote, it is quite possible that this would result in Sinn Féin achieving that extra seat, allowing them to raise petitions of concern in the Assembly, without consulting other parties to make up the numbers.

Consequently, this election could see the balance of power shift significantly in Northern Ireland. I still believe that the DUP will remain the largest party, nevertheless, in trying to provide an alternative to the established parties at Stormont, the UUP threatens splitting a small portion of the unionist vote. As a result, their declaration that they could form an opposition may have the opposite effect to the one they desire and indeed may strengthen the parties of government.

If the unionist vote was to split, even slightly, Sinn Féin could gain that extra seat, bolstering their position in the Assembly considerably in relation to the DUP. This would be a significant shift in power at Stormont and one that could shape the political landscape of Northern Ireland, as it heads towards its centenary in 2021.

Ryan McCullough has recently competed an MA in Politics and Contemporary British History at King’s College London, where his thesis focused on the peace process in Northern Ireland. He has since written articles on Northern Ireland, the British Constitution and the EU referendum. 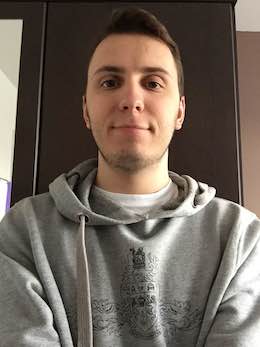