A Betrayal in Waiting? Plaid Cymru, the SNP and the Scottish Referendum by Professor Roger Scully

Roger Scully is Professor of Political Science in the Wales Governance Centre at Cardiff University. 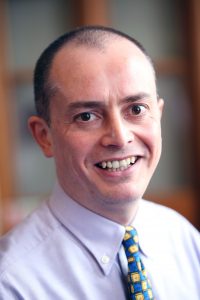 He has authored several books on political representation in Britain and Europe, including Wales Says Yes: Devolution and the 2011 Welsh Referendum (University of Wales Press, 2012). (paid link)

The fortunes of the Scottish National Party (SNP) have surely never been better than now. The party has been in government in Scotland since 2007, and currently holds an absolute majority of seats in the Scottish Parliament.

The SNP’s membership is estimated to be greater than that of all the other political parties in Scotland combined. They have finished first in six of the last seven major electoral contests in Scotland (1). And, most importantly of all, the SNP stand within touching distance of their ultimate goal – securing an independent Scottish state.

The odds may still be against them and their Yes Scotland allies in the independence referendum on 18 September; nonetheless, even to have some chance of winning a referendum for an objective that seemed impossibly distant for the vast majority of the party’s life is still an enormous achievement.

The contrast with the current fortunes of the SNP’s ‘sister’ party in Wales, Plaid Cymru, is stark.

Plaid are currently the third largest party in the Welsh Assembly, having experienced a desperately disappointing election result on the same night that the SNP were sweeping to victory in 2011. Plaid have not come even close to finishing first in a Wales-wide election for a decade-and-a-half. Having been in government – albeit as the junior coalition partner – between 2007-11, they now languish as the second party of opposition in the Assembly.

And while devolution is now securely established in Wales, realising the goal of Welsh independence currently looks little more likely than it has done at any time in Plaid’s existence. It can be difficult to remind oneself that for the first several decades of the parties’ respective lives, Plaid were generally the more electorally successful of the two; or that in the first devolved elections in 1999, Plaid Cymru’s vote share in Wales was actually higher than that won by the SNP in Scotland.

In this context, it is understandable that many in Plaid find themselves looking northwards: with envy at times, but also as an inspiration. The contemporary success of the SNP suggests possibilities for Plaid Cymru.

They hope to become the dominant party of government in Wales; they dream of an eventual Welsh independence referendum. Significant numbers of Plaid members, though, appear to be doing more than merely drawing inspiration for their own battles; they are also committing time and energy in Scotland, contributing to the Yes campaign.

Their enthusiasm for Scotland’s independence fight is wholly understandable, and builds on the long history of (albeit not always harmonious) cooperation between the SNP and Plaid. Given their shared long-standing antipathy to the UK state, we could not expect anything but that they would be shoulder-to-shoulder in this battle against that state.

What, though, can Plaid Cymru hope to get out of its support for the SNP and their allies in the Yes campaign? Plaid’s leader, Leanne Wood, has expressed hopes that the current referendum battle in Scotland could have ramifications that extend much further. In particular, she has suggested that Scotland might act as a powerful example to those south of Hadrian’s Wall.

Wood, and much of Plaid Cymru, believe that Scotland reaching independence might point the way for Wales, and change the character of debate in a nation where support for independence has been stuck at around about 10% (depending on the poll and the exact question format) for many years.

But in addition, Wood has talked of the potential for Scotland to be a ‘progressive beacon’ across the British Isles: that by successfully following a more social democratic policy agenda, an independent Scotland could act as an example to those across these islands and help reinvigorate the centre-left. In short, for Plaid Cymru, a Yes in Scotland is seen not only to be desirable in itself, but also a stepping stone towards realising Plaid’s own objectives.

There is no doubting the sincerity of such views, or that most in Plaid Cymru would heartily welcome a victory for the SNP and its allies in the referendum. There is far more scope for doubt, however, as to whether the hopes of Leanne Wood can ever be realised, or that Plaid Cymru will ever receive anything much in return for its support of a Yes vote in Scotland.

The recent electoral history of Scotland does indicate that its preferences have been consistently farther left than those of England. But it is not self-evident that the new party system that would emerge in any independent Scotland would produce consistently left-of-centre governments.

Second, even if a newly independent Scotland did elect a centre-left government, it might very well not act as a beacon – or, at least, not in the manner that Leanne Wood suggests. France elected a centre-left President, and parliamentary majority, in 2012, yet that has done little to inspire hopes in progressive politics in France’s neighbours; to the contrary, the on-going shambles of Francois Hollande’s presidency appears at times almost like a successful conspiracy to discredit the centre-left as a political project. It is not wholly impossible that something similar might occur in Scotland.

Most fundamentally for Leanne Wood’s aspirations, however, it seems strikingly unlikely that, in the event that the SNP achieves its aim of independence with some help from Plaid Cymru, that Plaid can expect much payback. Those hoping for a return of the favour, and SNP assistance on Plaid’s journey to their own promised land of an independent Wales, seem destined for disappointment.

If Scotland does vote Yes in the referendum, then the relationship between the SNP and Plaid is likely to change rapidly, and irrevocably. Hitherto, the two parties have had substantial and obvious common ground.

Though impeccably democratic, both have been, in a fundamental sense, anti-system parties: that is, they both challenge the basic structure of the state and its political institutions.

They don’t do so in the manner of anti-system parties of the extreme right or left, by questioning the legitimacy of representative democracy. Instead, they challenge, and wish to change, the geographical reach of the UK as a state. Whatever other differences that may have arisen at times between Plaid and the SNP, this fundamental orientation has been shared ground for decades.

If Scotland votes Yes, however, then the orientation of the SNP – or whatever successor party to the SNP emerges out of the political tumult that would likely follow in Scotland – would change substantially and very rapidly.

It would move from standing in fundamental opposition to the existing state structure within the UK, towards being concerned with the successful establishment of a new state, independent Scotland. The SNP would thus change from being an autonomist party towards something quite different in nature, based around an identification with the new state of Scotland (2).

Moreover, most if not all of the key tasks relevant to establishing that new state – which would encompass not only the current headline issues of Trident, currency and EU membership, but all the modalities of working out the delineation of a Scottish state from within current UK structures – would depend heavily on establishing a positive and constructive working relationship with the government of the remaining UK (rUK).

To say this is not to say that Scotland would be utterly powerless and dependent on the rUK; arguably Scotland would have some strong cards to play in any negotiations.  The point is simply that, particularly given its status as the governing party in Scotland, the SNP’s fundamental orientation towards the UK state would change almost immediately after a Yes vote. The UK would go from being the SNP’s existential ‘other’ towards becoming an important – indeed, indispensable – partner.

What seems clear is that there would be no incentive for the SNP, post any Yes referendum vote, to ‘make trouble’ by working for the further fracturing of the UK state.

We cannot expect, therefore, that there would be any Scottish reciprocation for that help which has come from Plaid Cymru in the current referendum. There would doubtless be some personal connections between the SNP and Plaid that would linger, for a while at least. Were Plaid ever to reach a point where it was able to seek independence for Wales, one might expect at least some tacit goodwill from Scotland, and particularly from the ranks of the SNP. But it would be very unwise to expect more than that. There is a fundamental, shared raison d’etre which binds the SNP and Plaid Cymru at present. A Yes vote on 18thSeptember would inevitably destroy this.

There is a great irony here. The SNP and Plaid Cymru have shared much over many decades. Now they share a desire for a Yes vote in the Scottish referendum. Yet while they hope greatly for success, the maintenance of the long alliance between the SNP and Plaid probably depends on failure.

Among the consequences of a Yes vote would probably be the SNP changing party-group within the European Parliament. At present, the SNP – along with Plaid Cymru – participate in the joint group composed of Greens from several states and members of the European Free Alliance – who all represent democratic autonomist parties across various EU states. A post-independence SNP would be likely to seek membership of a more mainstream party group.

[2] Among the consequences of a Yes vote would probably be the SNP changing party-group within the European Parliament. At present, the SNP – along with Plaid Cymru – participate in the joint group composed of Greens from several states and members of the European Free Alliance – who all represent democratic autonomist parties across various EU states. A post-independence SNP would be likely to seek membership of a more mainstream party group.

The Unfortunate Diminishment of the Liberal Democrats by Cameron Lord

‘Greener than thou?’ Party Supporters and the Environment in Britain – Dr Ben Clements, University of Leicester