Attitudes to Immigration Across the United Kingdom by Jack Yates

The leading voices campaigning to leave the European Union in the 2016 Brexit referendum were very much anti-immigration. In the referendum, voters were asked whether we should leave the EU or remain a part of it. While the 52% of voters in the United Kingdom who ticked the ‘Leave’ box will not all have voted that way due to a desire to decrease immigration, there can be no doubt that the official Leave campaign had anti-immigrant sentiment at its core. As a result, it would be easy to believe that the UK’s anti-immigration fervour is more widespread than ever, but the reality is much more complex; opinions towards immigration vary widely amongst those of different ages, education levels, and geographical locations.

A study by Ipsos MORI carried out from 2015-2016 discovered that, although the majority of people in the UK want to see immigration reduced, attitudes towards immigration are becoming more positive. The percentage of people who believe that immigration has a positive impact rose to 46% and the percentage of people who view its impact as negative decreased to 34%. However, 60% in 2016 still wanted to see a decline in immigration levels. It found that the vote to leave the EU was driven by nativist opinions – believing that the native population should be priorities – such as the misleading view that immigrants ‘steal’ jobs. In reality, non-EEA workers find it very difficult to get a job- not only need a job offer with a salary of over £30,000, they also must receive sponsorship from an employer with a Sponsor Licence. On average, those who voted Remain are found to be more socially liberal and pro-immigration, whilst the opposite is true for Leave voters. Surprisingly, both Leave and Remain voters’ opinions towards immigration became more positive following the referendum. Leave voters attitudes towards workers coming from other EU countries displayed the greatest shift away from negative – with 25% saying their attitude was neutral to immigration in comparison to only 13% beforehand.

Age and Attitudes Towards Immigration

While the younger generation are not immune to anti-immigration sentiment, it is much less of a concern for them than it is for older age groups. For most of the younger generation, immigration is seen as having a benefit towards society, in direct contrast with the view amongst older generations that immigration threatens jobs and culture. Arguably this comes back to the ‘nativist’ beliefs discussed earlier that drove the Brexit vote: younger people, millennials, in particular, believe that Britishness is a ‘civic’ identity, meaning that it does not only apply to those who were born in Britain but also those that have made it their home, regardless of where they come from. Many young people also feel like there is no real difference between being European and being British, meaning they are less likely to feel concerned about immigration from European countries.

Overall, it is sadly obvious that the majority of the United Kingdom favour a reduction of immigration levels. While differences across nations exist – Scotland for example – the overriding opinion is that reducing immigration would be a good thing. Positively, though, the younger generation look upon immigration more favourably, and the population as a whole is moving towards more positive positions themselves. The attitudes of those who support immigration and immigrants is relatively stable, and it is the opinions of those who do not support it that are in flux. What is arguably most concerning is that the opinions towards immigrants vary widely when their country of origin is considered, showing racist and xenophobic tendencies. For example, a 2017 survey had only 10% of responders saying that no Australian should be able to live in the UK, but 37% said that no Nigerians should. It is encouraging that attitudes towards immigration are improving – if extremely gradually – but it is important that we combat this ethnic hierarchy too.

Jack Yates is a content writer for the Immigration Advice Service; an organisation of immigration lawyers. 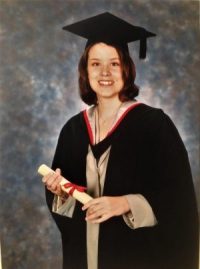 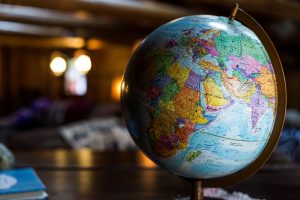 Brexit: the case for a new referendum by Jorn Moeskops