Brexit and Northern Ireland: Our peace process is a fragile thing by Catherine Meenan

Having dominated the media headlines for 30 years of the ‘Troubles’, we don’t much hear about Northern Ireland anymore.

In few places is this more apparent than the European referendum debate, despite the fact that Brexit could have the biggest impact there. There is a real threat that Brexit will impact both economic and, more importantly, political stability. Our peace process is a fragile thing.

Northern Ireland should be one of the main foci of this debate. It is the only part of the UK that shares a land border with another European jurisdiction.

The Good Friday Agreement, the agreement that brought an end to 30 years of conflict, was based on both UK and Irish membership of the European Union.

Polling data shows that Northern Ireland and Scotland are the regions most in favour of staying in the EU, with almost two thirds of respondents wishing to remain.

The lack of mention of Northern Ireland in EU debate would indicate that few in Westminster have given much thought to little old Northern Ireland. Then again, some would argue that they rarely do.

So, how might Brexit affect the Northern Irish peace process?

The Border: A Northern Irish fortress

Control of the borders’ is one of the Leave campaign’s biggest arguments, but one that could have a uniquely negative impact on Northern Ireland. These campaigners insist that Brexit would give the UK more ‘control over our borders’. But in relation to Northern Ireland, what borders are they talking about? The entry ports of Dover or Heathrow, or the nearly 500 km land border between Northern Ireland and the Republic of Ireland?

An EU Commissioner, Phil Hogan, has said that the current border between the Republic of Ireland and Northern Ireland, virtually invisible, could not continue ‘business as usual’. There are concerns in Dublin that immigrants would use free movement to Ireland to gain access to the UK; “In that instance what sort of fortress would the Northern Ireland border have to become to close that backdoor?

However, Theresa Villers, the Northern Irish Secretary of State, has claimed there would be no need to erect border controls. If it is therefore the case that no border will be reinstated between the North and the South, where will this tighter control of borders take place? At the entry points into England, Scotland and Wales from Northern Ireland? Does anyone know?

Wherever these border controls would take place, it has potential to cause political chaos. The transparency and permeability of the border between the the Republic of Ireland and Northern Ireland has been pivotal in selling the deal to the nationalists seeking a united island, while simultaneously the notion of the border and the status of Northern Ireland as part of the UK has reassured unionists. Such is the paradox of the agreement, where one population can be reassured that it is still Northern Ireland, while for others it can be the north of Ireland.

It is no easy task to walk this tightrope, but the stability of this shared but contrary understanding has underpinned what progress has been made. To open the barely healing wound of the border might be more than the peace process can manage.

Cross border cooperation, one of the key elements of the agreement, might also be put under severe strain. The Irish Prime Minster, Enda Kenny, has recently partially attributed the success of the Northern Ireland peace process to the UK and the Irish Republic’s joint membership of the EU and has said that a Brexit would cause “serious difficulty”. Conceptually, membership of the EU provides a different perspective of sovereignty and legal systems. To take away that idea of neutrality and cross border cooperation is a risky move in Northern Ireland.

Cross Border Parties: Demolishing the confidence of the Nationalists

The Irish parliament’s joint committee on EU Affairs has warned that some cross-border bodies, established under the Good Friday agreement to build confidence among nationalists, could become redundant. At the very least, it would be a more difficult to work across the border and the sustainability of other existing EU programmes would need to be revisited. Presumably, this would have the opposite effect of demolishing confidence amongst the nationalists.

At a basic level Brexit could have financial penalties for the Northern Irish peace process. The peace process has been receiving financial support from the EU since 1989. Its aims are cohesion between communities on both sides of the border and financial and economic stability. A Brexit could threaten European grants worth almost £425 million to support peace in Northern Ireland. There is no guarantee that this would be replaced by the UK government.

No, we don’t much hear about Northern Ireland anymore. But should the UK leave the European Union on the 23 June, we might just start. 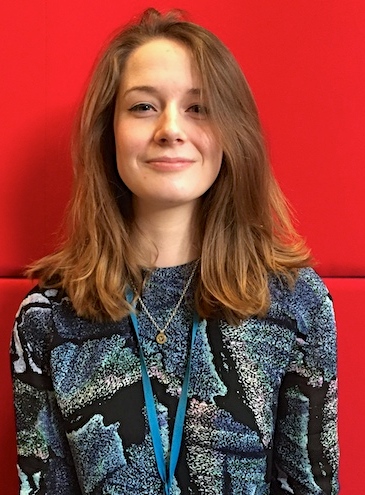