Brexit and the General Election: How it affects Millennials by Jadesola Fakoya

This article sets out how Brexit will affect people in the UK, under 40, shown through the prism of the legal realities Brexit brings and what is set out in the main parties manifestos.

The Legal Realities and Issues of Brexit

We’re not in the room

So, this means any decisions or discussions regarding the operation of the EU will not be open to the UK. Yes, conversations and negotiations may be made between the UK and other member states about what has happened in those discussions, but delegates cannot go into detailed dialog without worrying about legal implications.

This is problematic. Politicians are making plans for the UK based on hearsay and not actual evidence or legally binding documentation. UK delegates could be misinformed; after all, any discussion outside the Council rooms are “off the books” and not legally binding.

Thus, the UK is vulnerable and at the mercy of the member state delegates. Who will intercede on the UK’s behalf? What might their agenda be? Will they actually do what was agreed? (We’re not there to check)

Against this backdrop, Brexit negotiations are still happening that will hugely affect the under-40s.

What will happen to EU migrants living in the UK?

Section 2 of Article 3 of the TEU states that “… the Union shall offer its citizens an area of freedom, security and justice without internal frontiers, in which the free movement of persons is ensured…”

Many right wing parties in the UK and within Europe, have found this part of the treaty problematic, as they think EU migrants have been “stealing jobs, homes and benefits” from the nationals within those countries.

Many EU migrants within the UK have been victimised and some member states worry about the safety of their citizens whilst living in the UK. Without guarantees of their safety, some member states are not willing to allow the UK to easily leave. This may have a negative impact for many years to come, especially if a deal cannot be reached and the UK walks away.

Show me the money

The EU believes it is entitled to monies based off investments the EU has made in the UK, such as paying 60% of the wages of farmers countrywide, investing in universities within the UK and many other investments. Michel Barnier, the chief negotiator on behalf of the EU, stated that without payment, the EU would not be willing to make any negotiations with the UK. This puts the UK in an even worse situation and less money in the pot overall post-Brexit.

So, what do the Party Manifestos say?

I believe the issues most under 40s worry about, are education, jobs, the National Health Service, housing and the environment. The manifestos are detailed but the key pledges for me were the Conservatives aim to work with private businesses to build homes, more independent, grammar and faith schools, raising the costs migrants pay for the NHS and increasing free childcare; Labour pledges to abolish tuition fees, give housing benefit to under 21 yr olds, stop fracking, reinstate nurse bursaries, nationalise services and infrastructure investment; and the Liberal Democrats pledge, some mentioned by Labour, to raise income tax to help social care, build 300,000 homes a year by 2022 and different to Labour stop repayments of tuition fees over £21,000 until graduates make more than their debt.

In the long run, when making decisions on who to vote for in the coming General Election, people should vote with their conscience and for the benefit of the country, not just their immediate family and community.

I believe the Conservatives do not have enough solid ideas to address the worries of those under 40. The Liberal Democrats and Labour Party on the other hand, have a lot of similar ideas that address the concerns of the under 40s, with reasonably viable ways of paying for it. The answer seems to be which party seems to be most trustworthy, and has a positive message that speaks to the masses and not just the few.

Jadesola lives in London and is a Law student at London Metropolitan University.

She is politically aware and active, and loves politics, debating issues (the more controversial the better), food and social media.

She enjoys watching the hilarity that is Prime Minister’s Question Time every Wednesday without fail.

Her political role models are Nicola Sturgeon and Angela Davis. 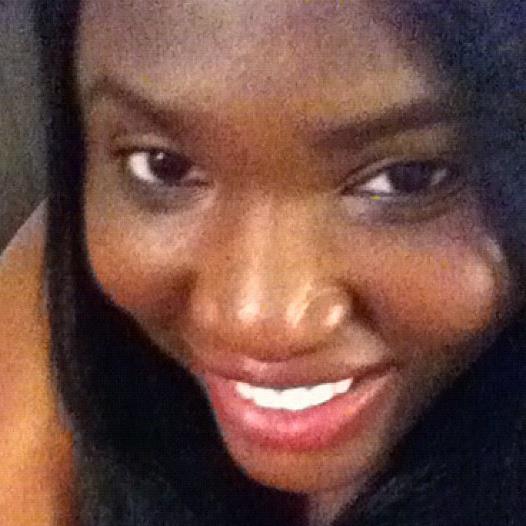