Following its suspension after the Manchester Arena bomb attack on the 22nd May, campaigning for the General Election has returned with a new sense of significance and an emphasis on security and foreign policy.

The polls, having shown a strong if narrowing Conservative Party lead delivered a shock finding in the wake of the tragedy: Labour had cut Theresa May’s advantage down to 5%. Hoping to continue this trend, Labour party leader Jeremy Corbyn chose his first public appearance since the attack to criticise UK foreign policy in the Middle East for its failure to keep citizens safe from the threat of terrorism.

For someone who has frequently been accused of being too close to terrorist organisations such as the IRA and Hamas it was a brave move that attracted much criticism for its timing. The way its content was reported, however, was far from adequate and failed to inform the electorate before the most important election for a generation.

The argument underpinning the Labour leader’s speech wasn’t a controversial one. Corbyn called for greater recognition of the UK’s role, along with that of other Western countries, in creating stateless, lawless environments in which terrorist groups could operate with impunity. Without doubt, it is impossible to paint an accurate picture of global Islamist terrorism without including the West’s interventions in Afghanistan, Iraq and Libya and how the degradation of the rule of law in these countries empowered those who would radicalise the jobless, homeless and aimless both at home and overseas.

If the aim of the War on Terror is to protect Western countries from terrorism, the children that never came home to their parents in Manchester prove that Corbyn was right to say it has “failed”. Further evidence of this failure sadly isn’t scarce as the populations of London, Paris, Brussels, Moscow and Bangkok can attest.

Corbyn suggested that a radical rethinking of UK foreign policy was necessary in isolating Islamist terrorist groups, cutting off their money supplies and making sustainable international development a central part of the UK’s role overseas.

In his BBC interview with Andrew Neil on Friday 26th May, the Labour leader was attacked on the grounds that his speech made Western foreign policy the prime causal factor in motivating terrorist attacks. This logic seemed unable to account for terrorist atrocities in states that had never been involved in Middle East wars such as Belgium or Sweden. Neither of these points were made on solid ground and they overlooked areas of more pertinent concern.

Jeremy Corbyn didn’t legitimise the moral argument, frequently made by terrorist organisations, that the West has spread injustice overseas and must expect retaliation during his speech. What he did was recognise that individuals with violent ideologies are less likely to have the means of attacking innocent civilians anywhere if state structures to constrain them haven’t been bombed to the ground.

Another point the Labour leader did not try to make, despite the vociferousness of Andrew Neil, was that Western foreign policy caused Islamist terrorism. Corbyn instead argued that that Western foreign policy had failed to prevent Islamists from gaining power, resources and support in war-torn states. The ideology remains the central piece of the puzzle, it’s just that Jeremy Corbyn wants to try a different approach to combatting it.

By attacking Corbyn along these two lines the commentariat failed to adequately scrutinise the weakest aspect of his foreign policy platform and therefore did the UK electorate a disservice. The lack of clarity as to when the Labour leader would support military action overseas has not been explored in enough detail. He consistently refers to the United Nations Security Council (UNSC) as the final arbiter on the legitimacy of military action yet can’t foresee an instance where UK intervention would save lives but is blocked by Russia, China or the US for geopolitical advantage.

Relying entirely on the UNSC renders UK foreign policy toothless and thrusts her allies into a world where the might of others is the only determinant of the legitimacy of action. This point was missed entirely by the UK’s media and consequently the electorate could, on the 8th June, replace a failed foreign policy with Labour’s incomplete one.

Originally from Bedford, I am a Masters student at the University of Nottingham studying International Relations hoping to write for a living for whoever will pay me.

My areas of interest are the Labour Party, drug policy, India-Pakistan relations and co-operativism.

Aside from politics I’m a long-suffering Spurs fan who loves any type of music and good books. 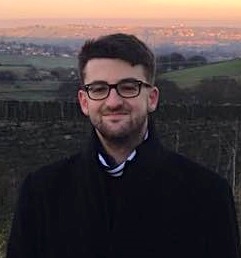