EU Referendum: Does the end justify the means? by Alexander Alley

We have burned a lot of bridges in getting our reform deal, however, is it worth it? Is the reform deal championed by our Prime Minister really that significant? Was this worth irritating the two largest powers on the continent? And why was it so difficult for Cameron to achieve stronger reforms?

Context of our European drama

The answer lies in our relationship with the EU. “It’s an interference”, is probably a good summary of our political opinion of the Union, whereas in comparison to our continental peers they see it more as “Domestic policy.” It’s been this way since we joined the European Economic Community (EEC) in 1973, we had a referendum two years later, and bi-polar is an apt description of our dance with the continent.

It was Thatcher who would remark that we were tricked into a political union with Europe, although in 1975 she was among the politicians who supported the “in campaign” for the referendum. Her case for staying in the EEC was one of security, “The Community opens windows on the world for us that since the war have been closing.”

Yet it was Thatcher who had to “Kick her heels” outside the banqueting hall as the French President took his time to welcome the leaders of France’s former colonies, of course it was somewhat understandable given she had just undermined French history to the President’s own face.

Our sentiment over being dictated to by Europe, perhaps flirts with our insecurity as a post imperial nation, one which liberated one leader of the Union and defeated the other. In this way Culture is very important or rather outlook, the UK see’s the EU as a club one in which we should receive the benefits and yet is not vital to our survival, the continent on the flipside see’s the EU although somewhat erroneously that it was all that had kept Europe from descending into war.

The UK, “is not committed to further political integration into the European Union.” Moreover, the UK has a probation period of 7 years of limiting the access to in work benefits to EU migrants and a limit of child benefit to the respective benefits of the countries affected, interestingly we got a “guarantee” that the UK won’t be required to fund any further bailouts. The rest of the Reforms were more or less “Promises” that where “feasible”, regulation clutter will be culled.

Now what’s the problem with our reforms?

Considering how long our reform aims has been discussed and the lengths David Cameron has gone to achieve them, we haven’t gotten much on our investment. What do these reforms mean? Well, for the past year David Cameron has been spending a huge amount of his time and political leverage courting the EU members with the prospect of giving the UK a, “special relationship.” Political leverage that has waned considering Hollande’s sentiments to the PM, snubbing him in 2013 over the proposed EU budgets cuts and making it clear Britain will be receiving no Special accommodations; which is awkward as it draws doubt over David Cameron’s pitch to us.

Has Britain’s incessant complaints annoyed the Germans and French?

So has this been a successful diplomatic mission? Unfortunately, it appears that even the Germans have lost their patience. “Senior officials in Berlin, however, warn that there is a limit to German tolerance of a special deal for the UK. “Our red line is clear: no cherry picking.”

There has been scare mongering that we will be punished for leaving the EU, or at least make us an example to keep other EU countries in line, “My concern is that if we vote to leave, that the deal we’d be given would be such that no one else would want to leave. We would bear the brunt of the other angry 27 EU countries,” The House of lords had fuelled the fears also by making the same statement, however, there is something they are overlooking.

Will we be punished if we leave?

No, we’re too big to fail, we import £202 billion worth of goods and export goods worth a total of £149 billion, 3 million EU citizens live and work in the Britain and out of the 18 trillion that makes up the EU’s GDP, 3 trillion derives from Britain. We are the second largest economy in Europe and one of the fastest growing economies in the world, with Hong Kong growing annually at 2.8% whilst London is growing at 4%, lead Economic forecaster Douglas McWilliams calls us the, “Tiger economy on the Thames”. We are too big to fail, if the EU would seek to punish us they would have to balance protecting their economy and their recovery whilst simultaneously tackling one of the largest regional economic powers, Britain.

How will this affect the vote?

It most likely won’t, the average electorate doesn’t keep up with the economic statistics, as frankly data can be quite dull. However, we are dealing with a lot of misinformation, most predominantly from the Government, they omit certain facts and exaggerate others when people say with conviction that 50% of our exports go to the EU, in reality it’s only 44%.

Moreover, people are not preoccupied with threats, scaring people doesn’t work, it in fact makes them angrier and mischievous with their vote. This is mainly because the public’s main concern with the EU isn’t about economics it is about sovereignty and the perceived slights against it, and seeing our own elected representatives quake in the EU’s shadow isn’t helping to dispel any of those feelings either.

What’s next if we stay?

Have we burned our bridges with our nagging? if we remain in the EU, are we going back with our hat in hand, giving thanks that the EU was kind enough to give us a few promises? What do we do if the Reforms prove too little, hold another referendum? Considering how long it took to get this one, Unlikely.

Alexander Alley is currently a freelance writer, who after having graduated from the University of Reading with a degree in Politics and International relations, began to write for various magazines and online publications; all were concerned with the entertainment industry with published articles ranging music interviews to video games.

However, he was always keen to write about more substantial and important stories. Currently he is a contributor for various publications concerning Politics and Human rights and is studying for the NCTJ course with the Press Association to become a professionally qualified Journalist. Follow him on Twitter @TheSpoutateer. 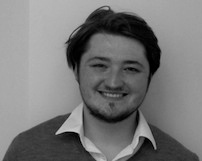