The EU Referendum & the Likely Outcome by Alex Campbell

With the campaign raging about what leaving the European Union would look like, Alex Campbell writes for BRIT POLITICS about what it would mean if the UK votes to remain.

Staying In & What Happens Next?

In under a month, the UK will go to the polls to decide on Britain’s future relationship with the EU. Depending on what you believe, Brexit could mean either disaster or triumph; bleak uncertainty or regained control. But what about the other answer: what would a “Yes” vote at the polls on the 23rd June mean?

Usually, referendums favour the status quo, with voters loudly exclaiming their dissatisfaction to the opinion polls then getting cold feet on the day and voting no to change. While this conventional wisdom could be flawed, nonetheless there are plenty of examples of referendums maintaining the status quo, sometimes more than once, for example in the case of the Quebec Independence Referendums in 1980 and 1995. So with that in mind, some time should be spent on the potential consequences of the UK remaining in the EU.

The assumption is that everything would immediately return to normal, the world would turn and nothing would change. However, by recommitting itself to the EU, by choosing not to sever ties and raise the drawbridge, the UK proves to the watching world that it is not an ultra-nationalistic, irrational and closed-minded nation. In an increasingly globalised and interconnected age, this statement can only improve our relationship with our allies and trade partners.

Economically, with an “In” vote, certainty would return to the markets of the UK. The multinationals would shelve their plans to move headquarters and Foreign Direct Investment would remain high. Reuters has speculated that the Pound Sterling may gain 4% if the UK chooses to stay. Remaining at the “front of the queue” and benefiting from free trade with the 27 other countries of the EU and many more outside, thanks to the EU’s numerous Free Trade Agreements, the UK economy would continue to grow.

Additionally, the UK’s ability to tackle the issues of today would be strengthened by remaining in the EU. Solutions to the migrant crisis, terrorism and climate change will not be found by one country alone. These difficult matters require concerted efforts by all parties to resolve.

In the event of a “In” vote, the EU as a whole will breathe a sigh of relief, a potential breakup averted. The watchful parties of the far-right, including Le Front Nationale in France and Alternative für Deutschland in Germany, would be disappointed at the outcome, though not dissuaded from seeking the same end.

The UK, in theory, unhappy with the current state of the EU but having chosen to stay, would throw itself wholeheartedly into reform. It is without a doubt much needed, with the bloated CAP and the totally unnecessary, hugely expensive monthly Parliamentary trek to Strasbourg.

That’s the theory. Possibly that could have happened if this referendum was actually about EU reform. Arguably, this entire episode of British politics has been about David Cameron trying to hold onto his position in his party by appeasing unappeasable Eurosceptic backbenchers. Cameron’s renegotiation demands were merely platitudes and had nothing to do with the actual reform of the EU, which require technical knowledge, patience and nothing short of miraculous diplomatic skills. Here and now, the UK would reclaim its position as an occasionally uncompromising outsider, and meaningful reform would remain elusive.

Keep on Keeping on

An “In” vote would be a mixed bag for the Tory party. David Cameron’s relief would be palpable that his Prime Ministerial legacy won’t be a weakened, isolated Britain. For Boris Johnson, it could be envisioned that any future bid for the leadership may be weakened, as he bet on the losing side and failed to achieve success. Having nailed his flag to the right post, George Osborne’s and Theresa May’s ambitions would be fortified, although the latter’s ignorant ECHR/EU mix-up may still haunt her.

Mostly, however, history will repeat itself and the Tories would continue to “bang on” about Europe. It wouldn’t be surprising if there were to be another referendum about the same issue in the distant future, as supporters often try to continue holding referendums until they get the answer they want.

Staying In; Not All About the Status Quo

The outcome of the EU referendum is by no means certain. It is not inconceivable that the voices of an energetic minority drown out an apathetic majority. The importance of voting on the 23rd June cannot be underestimated.

Although it lacks the drama and excitement of a “No” vote, to mark “Yes” on the paper is not just a choice for the status quo. It is a positive move, which will boost our economy and protect our rights. The EU may be a creaking institution, but it is a peace project that the UK helped build, and we should not abandon it now just because times are hard.

Alex Campbell is a fiction writer who occasionally dabbles in the truth. A University of Kent Law graduate, she has worked in Brussels and London and now lives in Pristina, Kosovo.

She has contributed articles to WebRoots Democracy, the campaign to introduce online voting in UK elections, and other political websites. She can be contacted on Twitter @aj_campbell. 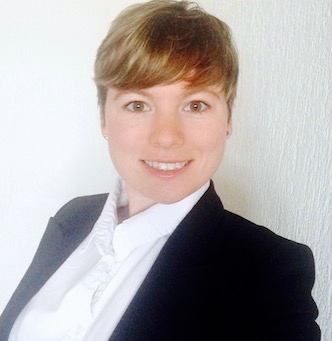