“No society can legitimately call itself civilised if a sick person is denied medical aid because of lack of means.” These are the words of Aneurin Bevan, the Minister for Health in Clement Attlee’s post-war Labour government and the driving force behind the creation of the NHS, which became a reality on 5 July 1948 with the opening of Park Hospital in Manchester.

Today the NHS employs around 1.7 million people, making it one of the largest employers in the world, and the people of Britain seem to consider it every bit as crucial as they did at its inception. Polls commissioned by both ITV and the BBC in January of this year found the NHS to be the most important election issue for voters.

However, during the Leader’s Debate on April 2, Plaid Cymru leader Leanne Wood accused Ed Miliband and David Cameron of using the NHS as a political football.

In many ways the NHS is not a contentious issue. It’s widely heralded as one of Britain’s greatest achievements, and all the main parties are committed to an NHS free at the point of delivery. Nevertheless it’s more in focus this time around than at any election in recent memory.

Part of the reason for this is because the NHS itself is in extremely poor health. Recent figures for A&E waiting times in England have been the worst since records began, and delays in cancer care and routine operations are also on the rise. The entire system is creaking under the weight of an aging population and a chronic shortage of funding.

According to the British Medical Association chairman, Mark Porter, demand on services and the cost of delivering them are increasing at around four per cent each year, and Simon Stevens, Head of NHS England has recently said that by 2020 the NHS could be facing a £30bn funding gap.

The coalition parties say they have increased spending and recruited more doctors and nurses. By contrast, Labour criticise Cameron for breaking his pre-2010 election promise of “no top-down reorganisation of the NHS,” which they claim has already cost the country £3bn.

Miliband also asserts that the changes introduced by the Health and Social Care Act of 2012 have resulted in a damaging increase in privatisation. The Tories and Lib Dems meanwhile say that privatisation actually begun under the previous Labour government with the drastic increase of PFIs.

Healthcare is a devolved power, meaning Scotland, Wales and Northern Ireland all make their own policy on the issue. The proposals from the main parties in England are as follows:

However, if the NHS is the issue you care most about, the National Health Action Party might be for you. The NHA’s 13 candidates are aiming to repeal the Health and Social Care Act, halt the privatisation of the NHS and prevent future closures to local A&E units. Notable constituencies they are targeting include South-West Surrey – the seat of Conservative Health Secretary, Jeremy Hunt.

The gap between myth and reality in politics is often vast, and this applies equally to Labour’s ‘protection’ of the NHS as it does to the Conservative’s ‘mastery’ of the Economy. However, as was recently noted, “It’s often not the analysis of facts that determine voters’ choices, but rather the prevailing perceptions of the day.” On this basis, Labour certainly have the edge on the NHS.

The truth of the matter is that a post-war political consensus existed between the two main parties on many issues, including the importance of the NHS. This was sustained throughout the 1950s and 1960s until its collapse in 1979. However, after a period of political polarisation during the 1980s, Labour and the Conservatives forged a new consensus in 1990s, and as such, the ‘blame’ for the creeping privatisation of the NHS can be traced to both parties.

But does that consensus still exist?

Is there still, as actor Michael Sheen recently suggested in an impassioned speech on the cross-party neglect of the NHS, “very little to choose between?” Or have, as I believe, Miliband and Cameron presented voters with a clearly defined choice at this election – a choice that could change the NHS as we know it forever?

The question that voters must ask themselves on May 7 is this: Which path do we want to take?

Nick GregoryHaving first taken notice of politics as a child during the 1997 election, my interest increased greatly during a visit to the UN in Vienna with my aunt, who worked as an interpreter there.

I studied History at the University of Bristol and now live in London – a stone’s throw from Westminster – working as Deputy Editor of the cycling website Cyclosport.

I will be following the twists and turns of the UK general election closely, as well as events across the pond in the run up to the 2016 US presidential elections, with American politics being another passion of mine. 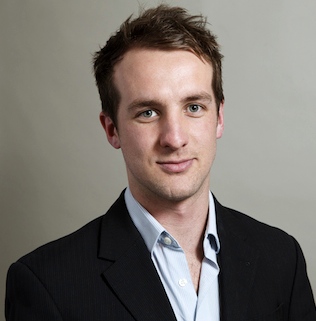