It’s been four years and it’s that time of year again, the polling card has been pushed through the letterbox, you are weighing up your options, evaluating candidates and sharpening the pencil that will accompany you into the voting booth. This is the chance you have been waiting for, on the 5th May you will have the opportunity to take part in that great bastion of British democracy also known as the Police and Crime Commissioner Elections for England and Wales.

It goes without saying that many will not share this excitement for this upcoming event and may in fact be scratching their heads wondering what on earth I am talking about. You are not alone… in fact the Electoral Reform Society suggests that nearly 90% of Britons do not know who their Police and Crime Commissioner is, so what is this all about?

Where did the idea for PCC’s come from?

In order to gain an understanding of these impending elections it is important to cast our minds back to May 2010 when the Conservative Party made a manifesto pledge to ‘replace the existing, invisible and unaccountable police authorities and make the police accountable to a directly-elected individual who will set policing priorities for local communities.’

On the face of it this was a valuable opportunity to get people involved in protecting their communities through the help of an elected official who would, in theory, be ‘the voice of the people’. And so the idea of Police and Crime Commissioners was born and the first national elections for this new elected post were scheduled for November 2012.

As the awaited elections drew nearer and the opportunity to ‘bring policing home’ became a reality, the Electoral Reform Society (ERS) began to openly express fears about the upcoming ballot. The ERS argued that the government was not doing enough to promote the elections and inform people about the role of PCCs or the candidates running.

In a perhaps miscalculated money-saving exercise the government decided to only make election information available online. Many feared that this would prevent information from reaching certain sections of society such as the elderly who may have had limited or no internet access.

The ERS was also nervous that a low turnout in this election would lead to the creation of a ‘new breed’ of politician who would lack both legitimacy and authority due to a weak electoral mandate.

As the big moment came and went on a chilly November day in 2012, later described by the Electoral Commission as an ‘unfamiliar time of year’ for a national election, the queues never materialised at the polling stations. Election officials sat patiently twiddling their thumbs waiting for the voters to arrive to express their enthusiasm for electing their very first PCCs. One polling station in Newport gained renown for actually seeing zero voters pass over the threshold during the entire day.

With an overall turnout of 15.1% across England and Wales the results were a record low for a national election, this was of course highly embarrassing for the government’s flagship law and order policy reform.
It seems that not even Phil Butler, the Conservative candidate for Northumbria, and his ‘punchy’ tagline managed to capture the public imagination:

Could it be that the electorate would have rather put their feet up with a cup of tea than brave the rain to elect their PCC or was this just a failure for the PR and Marketing departments? A 15% voter turnout certainly suggests that something went badly wrong.

So what will happen this year?

With the next round of PCC elections just around the corner it is clear that some lessons have been learned from 2012. Firstly, the government has planned to hold this year’s PCC ballot on the same day as local government elections in England. In addition to this, the PCC election’s spring timing is also expected to increase turnout to a more respectable rate.

Prime Minister David Cameron has denied that the low number of voters in 2012 meant the role lacked a popular mandate and predicted that, over time, the value of PCCs has begun to be respected and recognised by the British public. Theresa May has praised the “pioneering first generation of PCCs” for their hard work in reconnecting the public and the police.

It’s true that 2012’s turnout was poor, and yes the whole idea is standing on shaky foundations of democratic accountability. However, we should not be put off by what happened four years ago, next month the public will have a valuable opportunity for the people to have a say in public services and to make policing more responsive to local needs. Therefore, I would urge you to go online, research the candidates and vote to enable PCCs to truly claim to be ‘the voice of the people’ on May 5th… it would be a crime not to.

Angus is a recent graduate from the University of Bristol in Politics and French.

During his time at university his research focused primarily on British parliamentary and national politics and he has since pursued his interests in this field whilst working for an MP in Westminster. 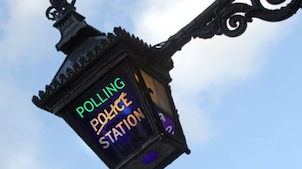 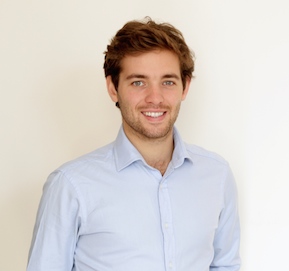