The media plays a huge part in the way the UK population sees the world. Newspapers, television programmes, and online reporting all show a level of bias that is passed to the general public. When the media continually use their position to criticise and demean a group of people- in this case, immigrants- these views are picked up and echoed throughout other sections of society.

This has become more obvious during the ‘Brexit’ process, in which the UK chose to break away from the European Union. The print media’s coverage of the initial referendum campaign featured a number of critical and negative stories about the impact of immigrants on the UK.

A recent report has reviewed the media output during the referendum campaign. King’s College London’s centre for the study of media, communication and power (CMCP) has analysed more than 15,000 newspaper articles published by 20 of the leading national news outlets. They looked at the terminology that was used by journalists and found that immigration was continually reported in both a ‘divisive’ and ‘acrimonious’ manner.

Immigration was the subject of 99 front-page stories, making it a hot topic among members of the public who were trying to decide which way to vote. The fact that the majority of these front pages were published by pro-Leave newspapers demonstrates that a publication’s likelihood to publish a story is often linked to its overarching political stance.

The EU Referendum result has, in part, been attributed to the media portrayal of immigrants. By describing the group using negative terminology, the media have contributed to a growing sense that the country is being overwhelmed and that leaving the EU is a way to reverse this.

The Conservatives’ era of austerity has involved a number of cuts to public services, such as mental health services and disability support. While people are, understandably, concerned about the impact of the cuts, the media has vilified immigrants and blamed them for the government’s austerity measures. Those without British citizenship have been bracketed together and castigated for everything from NHS waiting times to limited social housing.

While there are occasions on which these stories are publicly challenged, the fact that these stories still make it into print with such frequency is a pressing concern. Articles about immigration predominantly focus on the negative, often linking individuals who are fleeing dangerous political regimes to terrorists and describing them as criminals.

This idea has not been entirely generated by the media. Theresa May’s government was responsible for policies which encouraged the public’s negative opinion of those seeking a better life in the UK. They introduced the ‘Hostile Environment’ in 2012 in an attempt to meet the election promises they made in 2010.

The Hostile Environment was supposed to be a way of discouraging illegal immigrants from coming to or staying in the UK. However, given that this included plans to ‘deport first, ask questions later’ it was clear that the policy would also discourage genuine asylum seekers and other migrants from seeking refuge in the UK.

The policy actively encouraged members of the public in certain sectors to conduct checks on anyone they believed could be here illegally. This included landlords, NHS workers, banks and even charity workers to carry out ID checks and report anyone they believed did not meet the official criteria. The addition of ‘Go Home’ vans, which encouraged voluntary deportation, brought this hostility into the communities where asylum seekers and other migrants lived.

The implementation of these policies was covered extensively in the press, with little mention made of the fact that 75% of the appeals made against asylum seekers applying for refugee status failed. The media also gave only marginal coverage to the fact that the government tried to deport more than 300 highly-skilled migrants, including teachers and doctors, who had worked in the UK for 10 years or more. More than half of these decisions had to be overturned later and a third of the most complex cases were found to have been decided wrongly.

One of the reasons immigrants are portrayed with such disdain in media coverage of these policies and events is because of the journalists compiling the reports. A lack of diversity among reporters contributes to an inherent misunderstanding of the plight of many immigrants and a failure to empathise with those fleeing violent and oppressive regimes where they have been tortured and imprisoned.

This trend is continued into the stories themselves, with the thoughts of those actually involved continually overlooked. Migrant Voice, an organisation that represents migrant communities, carried out some analysis into the migration-related stories that frequently hit the headlines. Out of 557 stories, they found that only 12% included actual quotes from migrants, meaning that their voices are simply not heard in the media.

The Future of the News

Framing immigrants as criminals, benefit cheats, terrorists, and threats to national and local security has created an environment which is not just hostile, but actively dangerous to individuals who are simply trying to find a safe place for their families to live.

In order to avoid another generation of British citizens that feel unwarranted levels of hostility to immigrants, the narrative needs to change. Instead of portraying them as criminals, some insight into the regimes that have forced them to leave their home countries and seek refuge in the UK could help create a more sympathetic environment. This, in turn, could generate international pressure to effect change in regions where civil war, oppression, and torture are prevalent, reducing the need for immigrants to flee and providing a more stable international environment with fewer refugees and more governmental support.

Jo Smith is a writer for the Immigration Advice Service, an organisation of immigration lawyers. 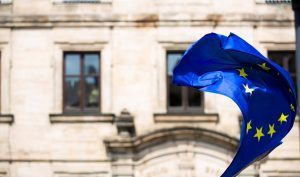 EU Referendum: Does the end justify the means? by Alexander Alley