Brexit: the case for a new referendum by Jorn Moeskops

Why are we so predisposed against a new referendum?

People from around the UK have echoed the view that another referendum would be a betrayal against the will of the people.

But let us go back in the past and deconstruct this argument for a minute.

David Cameron, then Prime Minister of the UK, pledged that he would hold a referendum on membership of the EU, and that the government would hold itself bound to its outcome.

In other words, although there were no known petitions emanating from the people to hold such referendums, there was one man who set this up, perhaps likely, as the analysis goes, to appease certain factions within the Conservative Party.

As far as I know, the relevant parties might well have been elected democratically, but by no means represented a majority in Parliament.

In fact at the time it was clear that a majority of Parliamentarians held the view that Brexit was not a good idea.

The balance of competence review that was officially conducted in the run up to the referendum confirmed that. So, no Parliamentary democratic majority there.

One man chose for all men, based on very partial interest, to organize a referendum that the people themselves hadn’t particularly asked for. In doing so he proclaimed an advisory tool of governance, broadly considered a poor tool for sound governance, to become a binding tool for legislation, legislation which runs into fundamental domains that govern our capability to coexist peacefully and prosperously within the world.

Then, a referendum is held and a small majority (52 over 48%) of the people who went out to vote decided that they were against staying in the EU.

In other words almost half of the electorate that voted would have stayed in. Not exactly a strong outcome, and in fact polls before and after the event have shown rather consistently that if a vote were to be taken again or at another point in time, the opposite outcome would have prevailed. Thus not a very stable majority outcome of democratic opinion either.

Why would policy makers make policy based if the strongly divided preference of a nation cannot by any seriously consistently means make up its mind in either direction? When policies are debated in the EU, qualified majorities are upheld at the very least to make a decision in the Council, if not unanimous decisions.

Even still, some continue to say, the people have voted, and we have to respect their decision. Okay, but how does that really run in line with how governments have previously decided to act when they were given a mandate through elections and then failed to produce the desired results? New elections were then held and perhaps another party was given power that was given a rather different mandate, perhaps undoing the work of a previous government.

Within the normal democratic interplay it thus belongs to all the normal possibilities that a government falls, and changes course based on new elections. Why should this be different in the case of Brexit?

It is clear in the current debate that the political landscape is so divided that the deal on the table is very hard if not impossible to pass, most certainly not to the clear satisfaction of any majority of stakeholders.

Moreover, the Brexit decision is not by any evident measure the same as holding a national referendum on a certain policy measure.

A regular referendum deals not only with a specific policy issue, rather than with a whole complicated set of policies and governance structures at large (as is the case with a vote on being a member of the EU).

It also holds within itself the possibility for a change of course if a new policy proves to be detrimental to the public interest. When one leaves the EU, it is by no means evident that this policy can be reversed in the scope of a few years. While perhaps not theoretically impossible, it is more likely to be a decision for generations ahead to come.

Can this thus be decided, in any unspecified form, on one day, either by saying yes or no to EU membership? Albeit democratic in some sense perhaps, it is most certainly not the most rational way to make a decision by any standard.

On top, we are reminded again that the rationale that floated around wasn’t entirely based on facts, and that campaigns were run to some degree outside of what legal frameworks allow for.

The public of course had to make up its own mind, and a key factor, according to analysts, for those who choose for Brexit, the matter of immigration, still held outside that frame.

Yet, then what have we seen to come since the referendum? Migration has reversed, i.e. more people are leaving the UK than coming in, so that problem has been solving itself in a way.

One might argue of course that this was precisely due to or some would say thanks to Brexit, but were there no other ways to achieve this objective that would leave membership of the EU intact?

And let’s not forget another point, a point which has faded almost inaudibly to the background.

The EU is considered to be a confederation of states. It is almost like a supranational state. A break-off from any state, according to international law cannot be simply determined by referendum. Much more stringent conditions apply. Now the EU isn’t exactly that, as evidenced by the existence of article 50. Yet many legal/political scholars have argued over the years that accession to the EU is an irreversible step in history, especially for a big member state (like the UK). So why the referendum again in the first place?

Furthermore, leaving people another chance to have their say through a referendum, is not simply a measure for policy makers to get things to go their way.

Technically it only offers the same demographic (give or take a margin) the chance to give an answer to the same question.

If a majority were to vote in favour of Brexit again this would only strengthen the case. The strong argument against it can thus be interpreted by some as to indicate that the mandate they have accorded themselves now to implement a Brexit a majority has self-proclaimed not to really support but do as a consequence of the electorate would actually not exist when a new referendum would be held. In the mind of the referendum respecting Brexiteer thus perhaps a bold and truly democratic move to plea for a second referendum.

In addition, if we were to go down the route of a new referendum, why should this stop at the British border in the first place?

Looking at the big picture, we live in a world that is very much interconnected. The decision of the British electorate to exit the EU also has strong effects on many other peoples around the world. Why, if things were truly democratic, weren’t they given a say in this matter as well then? Britain may be an island, but the world it exists in is not, and so the will and agency of others involved should also be respected.

So isn’t it perhaps about time we leave the mantra that the people have voted, and open ourselves to a truly other possibility, namely to continue to coexist within the European Union, and to find (new) ways within the frame those governance structures to exert the necessary influence to assure that we all allow ourselves to live in freedom, in harmony within nature, and in peace and prosperity?

Let us be hopeful. 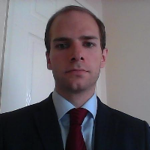 Jorn Moeskops was educated in the Netherlands and Belgium, studying psychology, religion, economics and European Politics.

In recent years he worked in a variety of capacities related to the EU.

He has published articles on online forums on matters related to several policy fields.

Currently his interest centres around Brexit as well as global data protection.