It always seemed rather surreal when, in 2003, the newly installed President of Syria – Bashar al-Assad – told members of the House of Commons Foreign Affairs Committee that he would have to address us formally in Arabic, because he was the Leader of a great Arab Nation. He spoke perfect English, so of course insisted upon correcting his interpreter’s translation – her English being inferior to his.

We were in Damascus to find out what role Syria was playing in the tortuous road to a lasting and comprehensive settlement of the long-running Palestinian-Israeli conflict. Bashar invited us to his modern and very impressive palace on a hillside overlooking the capital city. We’d been met on the tarmac at the airport by an extraordinary array of officials with a fleet of armoured Mercedes limousines to ferry us, non-stop, and with motorcycle outriders, to the hotel in central Damascus.

Throughout our brief stay in Syria it was clear that this was no democracy. A police state had been bequeathed to the younger son of Hafez, the late founder of the Arab Ba’ath Socialist Party in Syria who had ordered his son to become the heir when his older brother was killed in an air crash. We were led to believe that Bashar was a reluctant Dictator, carrying out his father’s will from beyond the grave and hemmed in by the father’s placemen who were to ensure that the Assad dynasty continued to deliver that brand of Syrian Arab Socialism lovingly created for the people by the great Hafez al-Assad. Certainly, the evidence we saw supported that view.

Ten years on, and listening to the BBC Today programme on a late August morning during the long Parliamentary recess, I was surprised to hear that MPs were to be recalled to debate a Government motion proposing support for military action to be taken against Syria after the dreadful poison gas attack against supposedly rebel civilians, men women and children whom we had seen just days before on the television news suffering the effects of these repugnant and illegal chemical weapons. I was reminded of Saddam’s previous gas attack on the Kurdish population of Halabja in Iraq and the after-effects I had seen many years later on a visit to Kurdish Northern Iraq. First-hand accounts brought home to us just how horrific these weapons really were. Like everyone else I was sickened – but how was the rest of the world to react?

The now infamous resolution debated in the House of Commons in March 2003 following Iraq’s failure to honour UN Security Council Resolution 1442 echoed in the hearts and minds of MPs – those that had been Members at the time – when we prematurely arrived back in Westminster on Thursday 29th August for the recall of Parliament. Labour Leader Ed Miliband had initially told Prime Minister David Cameron that he and the Labour Party would support a Government resolution sanctioning military action against Syrian chemical weapons sites provided the Government made the resolution conditional upon UN decisions. As the day for the debate moved closer, however, the Labour Leader changed his mind. That was because the Party’s Whips had spoken to dozens of MPs who had made it clear they would not vote for a Government motion in terms published by the Prime Minister.

Labour would table its own amendment to the Government resolution which would make any proposed military strikes even more conditional upon the report of the weapons inspectors and the UN Security Council. In reality the Labour amendment was not that different from the Government resolution, but was accepted by the Speaker and debated in the Commons until the time came for a vote at 7pm. Inevitably, the Opposition amendment was defeated, and by quite a big margin. The surprise was even greater, therefore, when the Government’s substantive motion, now unamended, was also defeated by MPs, which left a very interesting and unprecedented situation.

To be fair to David Cameron, he announced immediately in the House that he had heard the will of elected Members and would therefore ensure that no British troops or military assets would be used should the USA and its other allies decide to take action without the UK.

We were not to know that night that our decision would be far-reaching. The Prime Minister, in order to placate many of his Party’s MPs, had promised a second vote before any military action would be sanctioned by his Government. That second vote could have come as early as the following Sunday, just three days after the initial debate. That was how Cameron had stopped even more Conservative MPs voting with the Opposition against their own resolution in the House of Commons. David Cameron must have known that a second vote would have been defeated, even if he had won the first. Now that it was lost, there was nowhere else to go.

President Obama was now forced to have a vote in Congress before embarking upon any action against Syria. The effect of the British Parliamentary decision had its influence on the US Congress as well as other Parliaments in the Western World whose Governments were eager to show they were doing something about the Syrian atrocities. At first, the Government wanted to blame Ed Miliband’s dithering and indecision, but it soon became very clear that MPs from all parties were reflecting not only their own unease about this new military adventure, but were also articulating what their constituents were telling them. The echo of Iraq was obvious, as were its lessons. The British public had no further appetite for this kind of action, but more importantly perhaps, how would such action actually prevent further attacks on the innocent citizens of Syria? By now, surely the Syrian military would have moved any stocks of these horrific weapons away from their known silos?

I received more letters, emails and phone calls about Syria than almost any other issue since I have been a Member of Parliament. The public felt very strongly about this and 99 percent were totally opposed to British military involvement in Syria. There’s no doubt that Parliament was strengthened by this miscalculated judgement to hold a debate, but thank goodness it took place. “At last”, many constituents said, “we have a Parliament that is willing to listen to the public, even if that is contrary to their own Party’s judgement”.

The Battle for London: Goldsmith Vs Khan 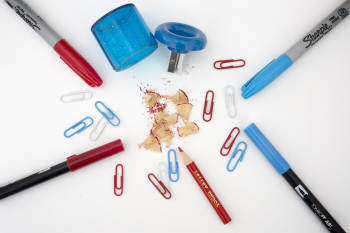 Did the Pomodoro Technique boost my Productivity?