Ripe Opportunity Mired by a Tainted Political Legacy: The Scottish Conservative Party in 2016 by Patrick Logue

The Scottish political landscape may have changed irrevocably in the aftermath of the 2014 independence referendum but if there is one source of consistency in contemporary electioneering north of the border it is the seemingly terminal decline of the Conservative Party in Scotland.

Whilst formerly safe seats in England and Wales have gradually returned to the Conservative fold, Scottish political opinion has hardened against a party which once commanded vast swathes of electoral support. The venom with which First Minister Nicola Sturgeon utters the word “Tory” in the Scottish Parliament and beyond is indicative of a brand deemed by many Scots to be both foreign and toxic.

Vying for Second Place: A Manifesto for Opposition

It is in this context that the battle for Holyrood in 2016 is being fought. As an electoral contest it represents an unprecedented opportunity for the Scottish Conservative Party for a variety of reasons.

Firstly, and perhaps principally, the Party may ruthlessly exploit the majority support for unionism and in doing so deny the received wisdom being continually propagated by the SNP that independence (and therefore a second referendum) is both desirable and inevitable.

They are able to do so from a relative position of strength because of the inconsistent and fractured rhetoric emanating from its main rival in the form of Scottish Labour, as well as to a lesser extent from the Scottish Liberal Democrats, both of whose support for the United Kingdom in recent months has sounded ever less absolute and ever more conditional.

The line being perpetuated by the Scottish Conservatives is therefore theoretically quite powerful and appealing to ‘No’ voters – only the Tories can provide a strong and united bulwark against the advancement of Scottish independence.

Secondly, the significant tax raising powers being devolved during the course of the next Parliament raises the prospect both of more significant political divergence and choice as well as an opportunity to improve the lamentable record of opposition parties in holding the SNP Government to account.

In any other political environment, the electoral fortunes of an incumbent administration, whose pursuit of policies in the areas of culture, policing and education especially have abjectly failed to lift standards and whose elected officials have been mired in scandal and subject to suspension from the party, would be vulnerable to say the least.

The current political settlement has enabled the SNP to employ levels of spin that even New Labour’s Prince of Darkness could have scarcely begun to have imagine in order to perpetuate the notion that Westminster is to blame for all of Scotland’s ills and that Holyrood is the source of its salvation. Bringing significant powers over taxation to the Scottish Parliament has the opportunity to break such a paradigm and bring genuine financial accountability to both governing parties and opposition forces.

It is such an opportunity that Ruth Davidson, the leader of the Scottish Tories, and her party has embraced. Ruth, who consistently outpolls both her party and indeed Labour’s Kezia Dugdale in competency and trustworthiness, has uniquely positioned herself not as a potential First Minister but rather as the individual ablest to deliver a strong opposition to the SNP as well as a voice to two million ‘No’ voters.

Having toyed with offering the electorate a more generous taxation regime than their English cousins, she has arrived at the very simple and attractive proposition of parity.

Bearing in mind the seminal work ‘An Economic Theory of Democracy’ (1957) by renowned political scientist Robert Downs in which it is posited that the distribution of voters forms a bell-like curve along the political spectrum, there should be ample electoral reward for the Scottish Conservative Party to manoeuvre itself onto the centre ground while the SNP, Labour, Liberal Democrats and the Green Party march ever further leftward.

While its four mainstream rivals pledge to increase the burden on Scottish taxpayers, the Tories in Scotland are able to find a niche protecting the incomes of middle class voters. They are further able to appeal to the mainstream through staunch opposition to the Named Person Scheme as well as carving a separate identity from their English counterparts through manifesto commitments to renewable power and energy efficiency.

Ruth Davidson’s leadership brings the possibility of a much vaulted political renaissance for the Scottish Conservatives following their annihilation at the hands of the electorate in 1997 a tantalisingly close prospect, especially in the aftermath of Labour and Liberal Democrat weaknesses. That the party is not performing even better in the polls can only be attributed to the poisoned legacy of Tory rule in decades past.

For the Scottish Conservatives and Ruth Davidson, it can only be hoped that the promise of tax continuity, strong leadership, increased scrutiny and an unabashed support for Scotland’s place in the United Kingdom can help to overcome the handicap of history.

I am a recent graduate in History and Politics from the University of Edinburgh with a master’s degree in Political Communication from the University of Glasgow. I am currently working in the financial services industry and my eventual career goal is to assume responsibility for the analysis and implementation of public policy.

As well as being a keen follower of UK and Scottish current affairs, I have a particular interest in gender politics which has been the topic of much of my academic writing at university.

In my spare time I like to keep fit by playing tennis and badminton with friends. Additionally I enjoy reading, especially fantasy and science fiction, as well as going to the cinema to watch the latest blockbusters.

Images courtesy of the BBC (top) and Channel 4 News (middle). 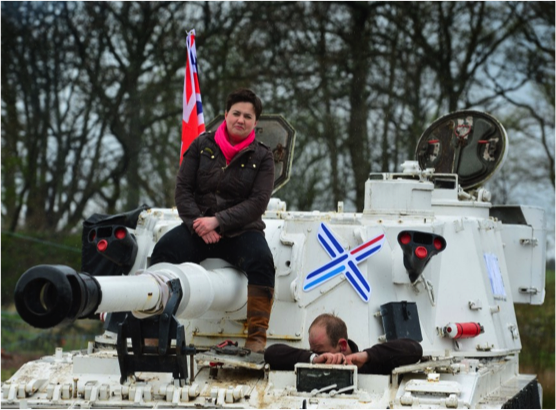 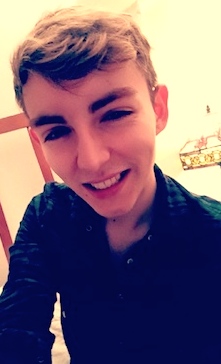