The SNP: Policies Delivered, or Returned to Sender? by Gavin Shepherd

The days have long since passed when the Scottish Nationalist Party (SNP) was the new kid on the block in Scottish politics. From a Minority Government in 2007, to the #2014IndyRef the SNP has seemed to be leaps and bounds ahead of its competitors. While the result of the referendum maintains the current devolution settlement in Scotland it has not deterred the SNP and in fact has galvanised them into continuing their success story.

Personally when I am deciding who to vote for in an election the party manifestos are often the last thing on my mind. Not everyone has the time to read through pages and pages of government programme proposals. I look for who will be in my eyes the most effective party in Government. This is where the SNP has the edge over its opponents.

Since 2007 the SNP has had only one change in leader, in stark contrast to the other Holyrood parties, and that was from Alex Salmond to Nicola Sturgeon in the aftermath of the referendum result. It is interesting to note that Salmond has most certainly landed on his feet by remaining as an MSP but also becoming an MP down at Westminster. To me this highlights the SNP’s strategy. While it seems cheeky it also shines a spotlight on the fact that the SNP have a goal, and they will achieve it through any possible means.

Thaw or Retreat? The SNP and Council Tax

The question still remains however, as to what they have actually achieved during their tenure in government? Reference can be made to the crowd pleasers of scrapping bridge tolls and free prescriptions- although some feel that the extra money could be spent on the NHS in Scotland. However, on some of the big issues the SNP have come across increasing opposition.

A case in point is the controversy surrounding the freeze on council tax. The freeze that has been in place from 2007 is to be ended from April next year. This reversal of policy will apparently see local authorities being able to raise up to £70 million in order to fund local services.

Labour leader Kezia Dugdale has announced that if her party is successful at the election then there will be a scrapping of the council tax all together. It would be replaced by a fairer alternative based upon up to date property prices in Scotland. According to Dugdale this would see up to 2 million households saving money while those owning expensive property seeing an increase of hundreds of pounds per year.

COSLA President, Councillor David O’Neill has criticised the SNP’s reforms of the council tax system saying that they have completely ignored the recommendations set forward by the Commission on Local Tax Reform which declared that the ‘council tax must end’. He continued by saying that the move by the SNP is a ‘damp squib’ and is simply a crude attempt at greater centralisation.

Education is always a favourite for Holyrood politicians.

Nicola Sturgeon has promised that education will be ‘front and centre’ in the SNP’s plans for the upcoming parliament. In spite of her assurances that the SNP will be running on the basis of its achievements in government and plans for the future, Sturgeon has questions that need to be answered. Despite its rhetoric of success there is still the issue of teacher numbers dropping and class sizes in primary schools rising.

Personally, I feel that the SNP’s most prominent education policy is that of the curriculum for excellence. Governments can never be content with the adage of ‘if it aint broke don’t fix it’ and this is very noticeable in the SNP’s actions. The curriculum for excellence, once a flagship policy, has become mired in debate. It may take years to determine whether or not it is a success but the court of public opinion does not wait that long. Education is certainly one area in which the opposition can score some political points.

The Future is Yellow?

Perhaps the SNP’s success lies in its presentation rather than its policy substance. Despite some inconsistencies in terms of delivery I believe that the SNP will remain the biggest party at Holyrood. The only real alternative is Labour but it has seemingly lost its identity in Scotland. Presentation will outweigh substance in politics for the foreseeable future.

I am a 24 year old Masters graduate from the University of Copenhagen in African Studies.

I have lived and worked in the UK, Denmark and Namibia. I am based at the Floreat Education Academies Trust, from the 3rd of May, in London. I have a keen interest in politics and current affairs. My particular focus is in policy and its implementation. 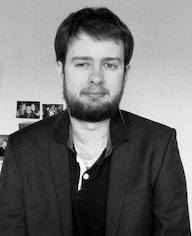