Janet Mather is a Principal Lecturer in Politics at Manchester Metropolitan University.

Dr Mathers has had various publications including The European Union and British Democracy: towards convergence (Macmillan 2000): and Legitimating the EU: Aspirations, Inputs and Performance (Palgrave 2006).

Janet is also the author of The Politics of Hunger: Why are so many sub-Saharan Africans poor?

Special Advisers or SpAds are not new to UK government.

In a formal sense, they date back to the 1964 and the Wilson government, although informally ministers have always consulted outside advisers.

The situation comedy Yes Minister, written and televised during the 1980s, included various political advisers, who appeared to be significant figures, although some were more successful (and incorruptible) than others.

Nevertheless, SpAds have only started making the news since 1997 when their number nearly doubled and their role developed into policy-making and implementation and, in a couple of cases, actually giving direct orders to civil servants.

The question of who SpAds were; how they were appointed and what were their powers became an issue debated not just within political circles, but within the wider public, led by the media.

In 2009, SpAds were drawn into governance by means of the Special Advisers Code of Conduct giving them the right to ask for information and documentation from officials, but not to exercise any statutory or prerogative power over them.

The political role of advisers was recognised in the document and this included preparing speculative policy papers from a party political viewpoint with the intention of generating long-term policy thinking within a Department.

This role enables a SpAd to take part in the early stages of policy-making. It has been argued by public policy analysts that the early stage of a policy is one of the most significant, since it enables the shaping of the overall agenda. To some extent the SpAd is being invited to be a one-person think tank.

The Code of Conduct also accepted that SpAds would liaise with outside interest groups including groups with a political allegiance. Again, this may be significant, since it also enables the SpAd to draw together support for her/his policy thinking. A third important function recognised in the document is that of speech writing, including adding party political content to material prepared by permanent civil servants.

Whilst this function does imply that the minister that gives the speech takes on the part of the ventriloquist’s dummy, it must be assumed that most ministers are personally careful of what they say in public.

On the other hand, ministers are busy people, and may have to give several speeches on the same day… It must therefore also be assumed that the SpAd in question is alert to media-related issues.

The code recognised, explicitly that the role of government and party overlapped. This acceptance is important in itself. It could be seen as the end of a long history of attempting to distance the “disinterest” of government (operating on behalf of and for the good of the country) from the “ideological” murk of party politics. Perhaps significantly also, the document accepted SpAds as temporary civil servants, in the sense that SpAds were to be regarded formally part of government, although they were not required to be impartial dispensers of advice, nor even to be anonymous.

In 2010, the Coalition government’s Constitutional Reform and Governance Act put the code of conduct for special advisers on a statutory basis. It defined SpAds as persons appointed personally by Minister of the Crown to assist her/him. However, the appointments have to be approved by the Prime Minister and the terms and conditions of the appointment have to be approved by the Minister for the Civil Service.

Reflecting public and media concern about the role of SpAds, the Act also restricted their powers and prohibited them from authorising the expenditure of public funds; from exercising any power in relation to the management of any part of the civil service or of the State, or otherwise exercising “any power under Her Majesty’s prerogative”.

It appears that Parliament is not ready to replace its ministers with their special advisers. Clause 16 of the Act also requires the Minister for the Civil Service to issue an annual report on SpAds that should include information about their number and cost. What is noticeable, however, is that although the Act is restrictive of SpAds’ activities, by including them in statutory provision, the role of the adviser is now entrenched in UK governance.

Cameron declared, before taking office, that he would abolish what he called the “control freakery of special advisers” but in fact, although he did reduce them to begin with, his Cabinet now has even more than Blair’s – 107 at the last count.

Cameron declared he would abolish the “control freakery of special advisers”
It is not only the formal powers of the SpAd that are an issue. There is also the question of how they operate with regard to their employers.

The LSE Group article in Parliamentary Affairs in 2012, divides advisers into two groups: the commissar – acting as the eyes and ears of the minister and integrated into the policy-making structure of the Department; and the fixer – who takes on the role of the civil servant of “getting things done” using political contacts and networks to smooth out potential problems.

So far, little research has been conducted about which functions SpAds undertake with which ministers (or types of ministers), nor how the different roles play out within ministerial departments. However, the LSE Group notes that there is surprisingly little conflict between them and the civil servant and that SpAds frequently interact and co-operate with the civil service at primarily the middling and junior levels.

The LSE Group also claims that the SpAd’s political importance has been exaggerated, given the dependence of the SpAd on the minister s/he advises, although they admit that because the SpAd is empowered to speak on behalf of the minister, this does give some additional clout.

Shaw and Eichbaum in their 2012 Parliamentary Affairs article explored the reasons why UK ministers want SpAds. Drawing mainly from their survey of New Zealand ministers, they found that primarily ministers wanted advisers to help them with their workloads – responding to the multiple demands made on ministers in the context of modern governance, generally agreed to be excessive in terms of the time it requires.

SpAds could deal with the “trivia” of government; they could help in interdepartmental interaction, given the interdependency that characterises modern government and they could help to resolve policy tensions between ministers. SpAds were also valuable in terms of contesting others’ ideas.

Some ministers found that advisers “rocked the boat” in a desirable way by engaging in robust debate. For this reason, advisers tended to be selected for their expert knowledge rather than for their partisanship.

Shaw and Eichbawm also found that SpAds could be helpful in assisting in operating in a minority or multi-party system – which may explain why Cameron’s government has employed so many advisers.

They concluded, though, that what ministers wanted from their advisers depended upon their own experience and competence and upon the circumstances in which they found themselves. In effect, the minister benefits from having a political friend in whom to confide and who will give unconditional backing to the minister.

SpAds, then, can make themselves useful to ministers, but there is also controversy about why they should want to. There is the notion of “the power behind the throne”, which must be attractive to some political activists, but, in the UK at least, there are more practical advantages for them.

A SpAd post is regarded as something of a fast track to a parliamentary seat, even though the Code of Conduct bans SpAds from holding any elected office whilst they are acting as advisers. This issue has risen into sharp relief recently, given that a level of public discontent with elected politicians relates to the number of them that have never held a “proper” – that is non-politics related – job.

Supporters of the main political parties often bemoan the fact that parliament is becoming filled with Eton- and Oxbridge graduates, who have moved from being presidents of their college union to the holder of a position as a SpAd, and then on to a safe parliamentary seat.

Inasmuch as the UK parliament can be regarded as representative, it does appear that the more SpAds are encouraged to move from advice to positions of responsibility then the less parliament will reflect the diversity of occupations and interests of those that elect it.

However, there are other reasons why the role of the adviser may be regarded as controversial.

Secondly, despite the strictness of the code of conduct, which bans the publication of memoirs of their time in office, there have been scandals involving SpAds that make the headlines and bring the government into disrepute.

One example is that of Adam Smith who, as Jeremy Hunt’s SpAd when he was the Communications and Media Secretary, took the blame for his inappropriate contact with News International at the time when the company was bidding to purchase BSkyB and Hunt was acting in a quasi-judicial role over the sale of the contract. Hunt refused to take the blame for his SpAd’s actions, claiming that he neither knew nor authorised them. However, his ignorance seems unlikely.

Gruhn and Slater, in their 2013 Institute for Government report, point out that: “Given that accountability clearly lies with the secretary of state, they must be held accountable for what the special adviser does.” They go on to say that: “there can be little doubt that ministers are fully aware of what their special advisers’ daily activities are”.

Martin Smith, in his 2012 LSE blog, argues that a minister should, in any case, take responsibility for the actions of his SpAd. He also concluded that despite the code of conduct, there is insufficient clarity about the role of special advisers.

Attitudes to Immigration Across the United Kingdom by Jack Yates 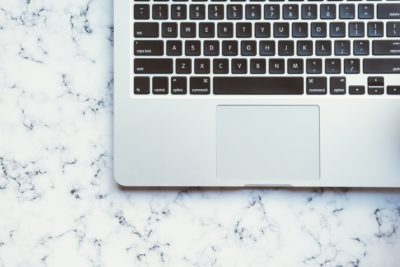 The EU Referendum & the Likely Outcome by Alex Campbell