Time to think the unthinkable: Could Wales ditch Labour? by Andrew G Brown

The Welsh Assembly elections on the 5th May are going to be an anxious time for the main political parties in Wales. With pollsters predicting a reduction in the number of Labour AMs, it’s looking increasingly likely that we’ll see some form of coalition at the Senedd. We’ve had Labour-led coalitions before with Plaid and the Lib-Dems, but will 2016 be the year that sees Labour lose its grip on power?

I get frustrated when I hear commentators describing Wales as ‘Labour’s heartland’. It’s as though the Welsh electorate are wedded to Labour for better or worse and we don’t have the political nouse to know when we are being sold short. The stereotypical images of cloth-capped miners and male voice choirs are a handy tool for those who wish to remind us of our industrial roots and to warn us that we abandon the Labour Party at our peril. But we’re a bit more savvy than that these days – we’ve had nearly 20 years of Labour administration in Wales, and we’re far from content with their performance.

You only need to mention education or the NHS in Wales, two areas where responsibility is devolved, and you will be deluged with stories of school closures, poor out-of-hours GP care and missed targets for ambulance response times. Living in rural mid Wales, I have seen countless primary schools closed with the resulting destruction of community life in the villages, and I dread ever having a serious health problem, being over 45 minutes away from the nearest hospital – which happens to be in England!

Almost any serious measure you choose, you’ll find poorer outcomes for people in Wales than our friends in England. You will often hear Carwyn Jones denying this or blaming it on ‘Tory cuts’, but even in 2010, on the back of 13 years of Labour in Westminster and Cardiff, there were 8.9% fewer children achieving grades A-C in their GCSEs in Wales than in England. In February this year, 3,300 patients waited over twelve hours to be treated in Welsh hospitals compared to just 158 in England. Unemployment in some areas of Wales is more than 4% higher than the UK average. Despite years of practice, Labour is still letting Wales down.

We need a change

With more devolution on the horizon it is more important than ever that we have a competent government in Wales, so May’s elections are a perfect opportunity to take a bold step towards a more prosperous Wales. The question is – can the Welsh electorate forget its historical ties with the Labour movement and vote in favour of a more representative, pluralistic administration?

Personally I’d like to see a Conservative majority in the Senedd, but I think there is still a stigma associated with voting Tory in Wales – the spectre of Thatcher still looms large in the former mining communities of the Valleys. Perhaps one thing that might give a boost to the Tory brand in Wales’s industrial South would be a successful conclusion to the unfolding Tata Steel saga. Sajid Javid and Carwyn Jones will both be hoping to make political capital out of the affair. If Javid pulls off a decent and timely deal that sees jobs protected in Port Talbot, he’ll be able to claim victory and make the Labour calls for nationalisation look like a hasty panic reaction. If he fails, Labour will be prominently wearing the ‘Don’t Trust the Tories’ badge and will mop up the votes of disillusioned workers. UKIP may also pick a few votes from those who believe that it’s the failure of the EU to impose tariffs on Chinese steel that has led to the Tata decision. It’s all to play for.

So, with Labour polling at around 37% a Conservative led coalition might just be possible, but it would need Plaid to think the unthinkable and put aside their dogged opposition to all things Tory. To be honest this is unlikely, but perhaps Labour Public Services Minister Leighton Andrews’ ‘cheap date’ jibe will make Plaid think twice about propping up another Labour government and countenance becoming part of a more consensual Con/Lib/Plaid coalition. Surely it’s better to be a major partner in a meaningful coalition than to simply play second fiddle to a party that sees you as a lap dog that must occasionally be thrown a treat?

A step too far

Without Plaid’s support the only other option for a Tory-led coalition would be a deal with UKIP and let’s face it no one really wants that. Under David Cameron’s leadership the Conservatives have tried hard to shed the ‘nasty party’ image and to reach out to voters who would not have thought of voting Tory a decade ago, so getting into bed with a party that links rubbish on the streets of Cardiff with Eastern European immigrants is a definite no-go.

It’s a fact that Wales has some of the same concerns with immigration and integration that UKIP successfully capitalises on in the rest of the UK, but Wales is just not a UKIP country – as evidenced by UKIP having to parachute in English candidates for the Welsh elections. It’s likely that they’ll win several seats in the Assembly this time round, but the numbers just don’t stack up in terms of them becoming ‘king makers’.

So, on Thursday 5th May it’s decision time – a chance to ditch the emotional baggage and vote for the party that you genuinely feel will make a positive difference to Wales, whichever party that may be. I’ll be getting out and voting, I hope you will too.

Andrew G Brown was born in Denbighshire and now lives in north Powys. A married father of two, he works in the public sector and is a parent governor at his local village school. He is studying Politics, Philosophy and Economics as a mature student with the Open University. 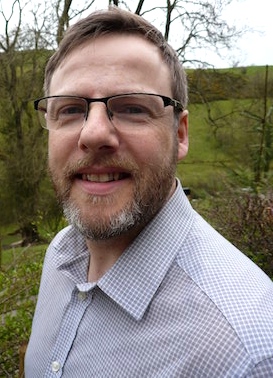