Within the long-term narrative of the 2015 general election, Brighton Pavilion is at once unique and emblematic. After the 1997 New Labour landslide, the constituency looked like becoming a Labour/Conservative marginal. But, emblematic of the country as a whole, the power of the two major parties has declined.

Uniquely to Brighton Pavilion it is the Green Party, not the SNP or UKIP, who are the thorn in the collective establishment backside. On May 7th it is likely Brighton Pavilion remain an outlier to the British political system. The Green incumbent Caroline Lucas provides the independent voice in Westminster that much of the constituency craves and this should be enough to see off a strong challenge from the Labour Party.

Despite some areas of serious deprivation, Brighton Pavilion is young and relatively affluent, with an alternative culture – a perfect breeding ground for Green Party voters. In the 2010 general election Brighton Pavilion elected the first Green MP, Caroline Lucas, and the 2011 local election hailed the formation of the first Green Party led council. The Green Party takeover was a shock to the system of the local Labour and Conservative Parties and has left a lingering bitterness in Brighton and Hove’s local politics.

The impending battle for Brighton Pavilion is shaping up to be a two way battle between Labour and the Greens. At present the Greens appear to have a healthy lead in the polls.

The 2010 winning margin was only 2.4%, but this is up to 35% with 5 points over Labour on 30% (based on the data from Election Forecast UK and in line with the average of the Lord Ashcroft polls of June and November 2014). Though the Conservatives polled respectably in 2010 the party’s vote has steadily declined in Brighton Pavilion since the mid-80’s. Current polling suggests the Conservative vote is levelling in the low 20s, making a serious challenge unlikely. UKIP pose no threat either, and the Liberal Democrats look set to see their 2010 vote share of 13.8% slashed dramatically.

The Labour Fight Back

Labour’s ability to adapt to the new challenge of a Green incumbency is crucial to determining the outcome. Lucas outperforms her party and has built up a strong reputation during her time in Westminster both nationally and as a constituency MP. She campaigns on this by presenting herself as ‘an independent voice for Brighton’. Labour’s candidate, Purna Sen, will need to undermine Lucas’ personal support, win over defecting Lib Dems, as well as pick away at the Green Party’s support to win the seat that has been designated Labour’s 19th top target seat.

It is difficult for Sen to attack Lucas on matters of policy because she shares a similar left and green politics to Lucas. Instead the line is that the Green Party is a party of protest, not a capable party of government. Labour highlight the dismal record of Brighton’s Green council – typified by mismanagement of an equal-pay dispute which resulted in striking bin men and rubbish piling up. Labour hope to drag Lucas down with what they have dubbed as ‘Caroline’s Council’. This is embedded into the broader narrative that a Labour government is the only alternative to five more years of David Cameron. For all the good ideas Lucas may have, as a lone MP she cannot make a difference.

An Independent Voice is Calling

Despite Labour’s efforts, the Greens look set to hold onto the seat. The problem is that running an “it’s either Labour or the Conservatives” campaign doesn’t carry much weight with voters disillusioned with the entire system. Nationwide data indicates that Green voters are as likely to be disaffected with Westminster and the three main parties as UKIP voters. Consequently, many who voted for the Lib Dems in protest in 2010 are switching to the Greens. Ashcroft polling confirms this trend, as it shows more 2010 Lib Dem voters switching to the Greens than Labour in Brighton Pavilion.

For these disillusioned left of centre voters, Lucas is the plausible, independent voice they are looking for. She has positioned herself as a challenger to all the main parties by pledging never to prop-up a Conservative government, loudly criticising the Lib Dems in coalition and pressuring Labour to stick to its principles. By criticising how the council handled the bin men strike she also done a reasonable job of distancing herself from the council’s record. In essence she is running a quasi-independent and this is seems to be attractive to voters.

It is prudent to note that, with local elections on the same day as the general election, the impact of the council on Lucas’ vote is hard to predict. However, opinion polls show a clear distinction between Lucas and the council in voter’s minds, and I do not think Labour will be able to successfully link the two. This is likely to at least prevent a big swing to Labour and that should ensure that Caroline Lucas is returned on May 7th.

I graduated from university in 2014 and i’m on a gap year before returning to study political theory.

Though I’m probably happiest with my head in the clouds, or rather in the miserable depths of a heavy book of theory, it is hard to stay away from the bustle of electoral politics.

With the general election looming it’s great to have the chance to focus on a bit of research and writing on my home constituency.

Growing up, living and working in Brighton, and within the Brighton Pavilion constituency, I’ve always seen British politics with a Green hue that the rest of the country hasn’t had.

The Greens have been a major factor here for a decade or more. For good or ill it makes Brighton an interesting political niche to live in and study. 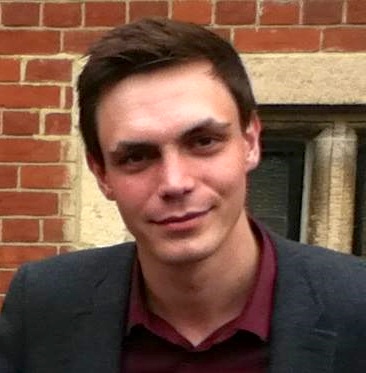