Foreign policy will not be a big issue this election. It will not be emphasised by the parties and voters will not demand any different. This is a problem because there are serious shortcomings in Britain’s approach to international affairs and our capacity to formulate and execute foreign policy.

This makes for bad foreign policy and an unhealthy democracy.

Research by Chatham House and YouGov in January of this year found that the view closest to the opinion of 50% of the public is that foreign policy, “like all areas of public policy needs to be transparent, democratic and answerable to ordinary people.”

I find this figure disturbingly low: that half the population do not think there needs to be transparency and accountability in foreign policy reflects poorly on the level of interest in what our government does abroad in our name.

We need more, better-informed discussion of Britain’s foreign policy, and a general election is an opportunity for this to happen.

Unfortunately, politicians are unlikely to talk honestly about Britain’s place in the world, especially during an election (as the Financial Times noted during the 2010 election).

This creates a contradiction: political elites insist that Britain must retain an active role in international affairs to pursue its interests and preserve a liberal international order (as Robin Niblett, director of Chatham House argued in a 2010 report, ‘Playing to its Strengths: Rethinking the UK’s Role in a Changing World’), but the capacity to achieve this is lacking. This tension between wanting to be a major power but lacking the means is not being addressed by our political leaders.

As a result, Britain’s foreign policy is drifting without direction. The problem is compounded by a divergence between elite and popular opinion on key foreign policy questions, and an absence of consensus among the public on these issues across regions, voting intention and age groups, as the findings of the Chatham House-YouGov polling show.

A crisis in UK foreign policy?
Critical comments about Britain’s role in negotiating a ceasefire in Ukraine made the headlines, but the charge that Cameron was a “diplomatic irrelevance” (as reported in the Telegraph this February) is a symptom of bigger problems, as is criticism from the House of Lords EU Committee (Feb 2015) that Britain “badly misread Russia” and “sleepwalked” into the current crisis.

A report by the Public Administration Select Committee in 2010 found that Britain has “all but lost the capacity to think strategically.” If this assessment is accurate, Britain’s capacity to analyse world affairs and to formulate foreign policy is inadequate, leaving Britain ill-equipped – institutionally and intellectually – to conduct international relations.

As Timothy Garton Ash argued in a 2010 Guardian article, we should abandon repetitive discussions about Britain’s ‘role in the world’, and have a serious discussion about defining our interests and how foreign policy can be used “to defend and advance these interests, in a world that is becoming more difficult for us to shape.”

From Iraq and Syria to Ukraine and Russia, from climate change to international finance, Britain confronts a world it struggles to influence, but continues to be affected by events outside its borders. We need this to be a well-informed public discussion about what Britain’s foreign policy priorities should be, and it should be take place during the election.

There are few major differences between the main parties on foreign policy. In fact, there is something of an elite consensus about what Britain’s role in the world should be. Few politicians would openly advocate reducing Britain’s international role (meaning, in practice, a less militarised, interventionist role) and adopting a foreign policy orientation similar to the Nordic states or Switzerland, for example. Consequently, few alternatives are put forward for public consideration and the status quo is maintained.

As well as stifling new perspectives, this contributes to a lack of accountability. What is being done in our name? Whose interests does British foreign policy serve, and whose does it harm?

Issues such as siding with the government of Bahrain over pro-democracy protestors, as discussed by Professor Paul Rogers on openDemocracy in 2014, and promoting British business over human rights (as Alley Fogg has recently written about in the Guardian) need to be part of foreign policy discussions as well. Politicians should be made to justify the choices they make, and be held accountable for them.

These discussions need to take place in the public sphere of an election campaign. We should not wait for the next foreign policy disaster before giving the issues the attention they need, nor should we leave the discussion to politicians and officials alone.

This is not about articulating a grand vision of Britain’s role in the world but about having a coherent and realistic set of objectives. The last 15 years have distorted foreign policy debates in Britain – interventions in Iraq and Afghanistan have made foreign policy nearly synonymous with military intervention and foreign wars.

So during this election, we must find a way to debate the nuances of foreign policy, the costs and benefits of specific policies, and Britain long-term international objectives through a dialogue between politicians, officials, the armed forces, NGOs, civil society and the public. This way, we can make an honest assessment of what Britain’s national interests are and how to meet them.

Foreign policy cannot be the preserve of political elites alone: a well-informed, active public is necessary for realistic, effective and accountable foreign policy.

Nicholas Barker is currently working on a European Voluntary Service project with Kartlosi, a peacebuilding NGO in Gori, Georgia. 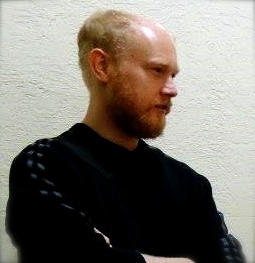