Labour’s Political Earthquake 70 Years Later: How might the 2015 General Election differ to 1945? by Alexander Rowe

The 1945 general election was the last to be fought on the back of a coalition government. However, this coalition government had been formed in light of Britain’s war interests in 1940, not a hung parliament. For me, the 1945 election proved to be the most important in British political history.

Ultimately in a surprise result Winston Churchill was ousted by the British electorate. Labour won their first ever majority government and ushered in a wide-ranging programme of social and economic reform, forming the foundation of a political consensus that was sustained until Margaret Thatcher became Prime Minister in 1979.

A tale of two established parties?

Labour’s 1945 landslide victory gave them 393 seats, the prospect of such a result in 2015 seems impossible. Can you imagine Ed Miliband entering No.10 on 8 May as Prime Minister on the back of a Labour majority? No, neither can I. Douglas Alexander, the party’s election co-ordinator, tells us the election is ‘winnable’ for Labour. However, the British political landscape has drastically changed in recent times and is continually evolving.

An outright majority for the Conservatives also looks extremely remote, in actuality even a two-party solution may fall short of the majority required to form a government. In 1945, the Conservatives and Labour took 90% of the vote, yet at the time of writing, Labour and the Tories are tied in the poll of polls on 34% each. If the polls are accurate we are going to witness a fragmentation of votes in 2015.

Will the Liberal Democrats be decapitated in 2015?

In 2010 I was too young to vote, but I would have voted Liberal Democrat as I agreed with them on tuition fees and electoral reform policies. Unfortunately, nothing has come of these manifesto promises over the course of the last parliament. Consequently, due to broken promises the Liberal Democrats have witnessed a terminal decline in the polls. In 1945, Labour came out of the coalition in good stead, receiving credit for their involvement in government. The same cannot be said of the Liberal Democrats with polls suggesting that they are set to lose a number of seats in 2015.

According to Lord Ashcroft’s poll released on 1 April, Nick Clegg is set to lose his seat of Sheffield Hallam. The poll shows Clegg trailing Labour by two points, although February’s Survation poll in fact showed Clegg 10 points behind. Could the Liberal Democrats lose their leader? It wouldn’t be the first time it has happened to the Liberals. Archibald Sinclair, Leader of the liberal party during the wartime coalition lost his seat in 1945, along with every Liberal MP who had ever held office.

The Conservatives seem to think that the differing personalities of Ed Miliband and David Cameron are an important thing to consider when voting. When interviewed by Jeremy Paxman, Miliband said that ‘leaders are important, but not that important’.

In the case of 1945 this was certainly true. Churchill is arguably the most popular British leader of all time. Yet, two months after defeating Germany he was ousted by the British public. The Conservative’s 1945 campaign wrongly focussed on the image and personality of Winston Churchill as a great war-time leader and their manifesto was less specific and forward-thinking than Labours. He was defeated because voters knew that radical policy changes were needed after the war.

Quite frankly the Conservative’s 2015 campaign is shaping up in a similar vein. Their unprecedented emphasis on Miliband’s leadership capabilities and their ‘long-term economic plan’ rhetoric lacks a clear vision for Britain’s future; this seems to suggest a weak and negative campaign from the Tories.

Will social media capture votes from the young?
As the 1945 election was the first to have taken place in 10 years, 20% of the electorate were first time voters. Labour seized upon this section of the electorate, gaining 67.2 % of their votes as opposed to the 30.9% who voted Conservative. Without this support, Labour would not have won the election.

How can parties engage with first time voters in 2015? Social media is becoming an increasingly legitimate way of gaining support among young first time voters. Ipsos MORI recently found that 34% of 18-24 year-olds believe their political sympathies will be influenced by social media, compared to just 13% of the general population. Voter turnout was only 44% among 18-24 year olds in 2010 as compared to an overall turnout of 65%.

Are we set to enter an age of digital democracy in 2015? No, not quite yet but I think that attracting this section of the electorate via social media will be important, especially considering the likelihood of a hung parliament on 7 May.

Alexander graduated from Plymouth University in 2014 with BA (Hons) in Geography.

He is currently an MRes History student at Plymouth University.

His MRes thesis seeks to examine the role of Cornish identity in underpinning community resilience when Cornwall’s mining industry met its demise in 1998 following the closure of South Crofty mine. 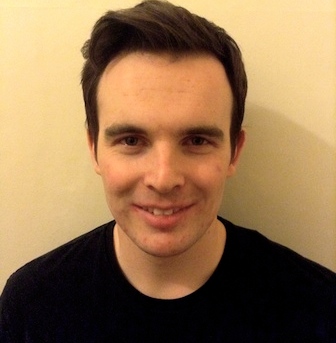