The 2015 General Election is looking likely to be the closest in years giving smaller parties like Plaid Cymru an opportunity to influence the outcome. Here are my thoughts on their chances but first, a quick run through of the party itself.

Plaid Cymru was formed in 1925 and are the nationalist party of Wales; they fall to the left on the political spectrum and currently have 3 seats in Westminster.

Wales currently has a devolved Welsh Assembly which at present has powers to legislate in areas such as education, health and social welfare among others.

Plaid are led by Leanne Wood and in devolved politics are the third largest party in Wales with 11 Assembly Members to their name as well as one Member of European Parliament. When it comes to Westminster elections however recent polls have placed them 4th, markedly behind Labour and Conservatives and 5 points behind UKIP.

For Wales it’s the economy stupid

As you would expect from a nationalist party their key policy has traditionally been independence and it is easy to assume that Wales would be swept up in the tide of devolutionary politics started in Scotland but, as obvious as it sounds, Wales is its own country with its own political climate and economic needs, historically it’s always been much closer to England than Scotland.

A recent ICM poll found support for Welsh independence had dropped as low 6%, a worrying figure for a party’s flagship policy. In light of this the party has been campaigning on the bases of increased powers and funding for Wales equal to those promised to Scotland. I think this change in emphasis is both necessary and a good one, whereas support for independence may be waning, the devolution debate is very much alive. Wales was hit particularly hard by the recession and the effects are still very much being felt, with the average household income being 14% lower than that in England.

Understandably then the economy is the crucial issue for Wales in this election, and a policy advocating more funds to spent as the Assembly best fits Wales can only be a vote winner. Similarly the promise of 50,000 new jobs through contracts with Welsh companies and an increase in the minimum wage to a living wage for more than 250,000 are policies that chime with those that feel the current state of the economy is not delivering.

However I do feel Plaid are missing an opportunity to really target young voters in Wales, many still see Plaid as the party for Welsh speakers only and in that sense they do have an image problem. With the Liberal Democrats predicted to pay heavily for their time in government, the chance is there for Plaid to reinvent itself to whole new generation of voters there is room on the left to be occupied and an emphasises on policies to cut youth unemployment and increase the amount of welfare available should help them achieve this.

Are Plaid a game changer?

Though many applauded the performance of Leanne Wood in the TV debates, especially for her comments to Nigel Farage, most of the praise and attention fell on Nicola Sturgeon and I think that is the way this election will go.

I do not think this will be the ground-breaking election that many Plaid supporters will be hoping it will be. Although this may well turn out to be the year where smaller parties hold the key to power, the level of seats Plaid are likely to have will not put them anywhere near the position of Kingmaker as it seems unlikely that they will gain any more than the 3 they already have.

The seats they have targeted: Anglesey, Ceredigion and Llanelli (2 Labour held and 1 Liberal democrat) will not be easy to win; only in Anglesey are they within 10% of the leading party, although the large Liberal Democrat majority in Ceredigion may well fall as the party were polling at a mere 5% recently.

Their only influence will come as part of a coalition. The party has already agreed to unite with the SNP and Greens against austerity measures and has not ruled out a coalition with the Labour Party.

With the SNP tipped to make large gains in Scotland I think there is a real possibility that Plaid’s few seats will not be required to form a government nor have the clout to get their issues on a coalition’s agenda.

I am 21, originally from Exmouth in Devon but am currently in my final year at Cardiff University studying Law and Politics.

I was first interested in politics from watching Question time and Newsnight as a teenager, in particular enjoying Jeremy Paxman holding politicians accountable in his abrasive style.

Since then, I have enjoyed anything related to British politics, especially electoral systems and minor parties.

Outside of politics my hobbies include, writing, playing golf and watching my beloved West Ham. 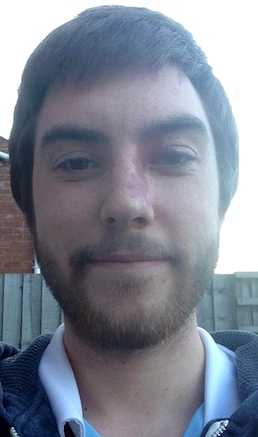