At 23 I’m quite young to be standing to be an MP, in my hometown, Romford. Indeed it is not uncommon to hear “but you can’t be old enough to vote yourself!” on the doorstep.

However, after the surprise of seeing a young person asking for their vote, the overwhelming reaction I get from people is positive. Residents are often glad to see their misconceptions about young people (that we do not care about our community or that we are politically apathetic) disproven before their eyes.

The reactions that people have to my candidacy demonstrate exactly why I decided to stand for parliament. Politics isn’t seen as a young person’s game. Fewer than half of 18 to 24-year-olds voted in the 2010 general election because young people don’t feel as though politics is representative of them. With the average age of an MP being 50, at the moment, politics isn’t representative of young people, but I want to help change that.

Since being selected as a candidate for a major political party (Labour), I have been trying to show young people in Romford how they can get involved in politics and the steps they can take so that one-day they can represent their communities.

About where I live

Traditionally a market town in Essex, Romford has changed a lot over the last few decades. Romford has more recently become a suburb of London and is part of the London Borough of Havering in North-East London. Many people have moved here from East London to escape the City so Romford does have an above average elderly population. However, because of the good transport links with London, Romford is now attracting younger families who commute into London.

Out on the campaign trail

One of my favourite parts of the campaign is being able to speak to young people about politics. An average week in the campaign will often involve arranging and preparing for visits to local schools and sixth forms where I can speak face-to-face with students. Speaking to smart young people with ideas and a passion for politics, but who have never seen politics as accessible.

Another key part of the campaign is door-knocking, spending my weekends and week-day evenings disturbing people while they’re eating their dinner or watching Corrie. Again though, I’m often surprised by the positive reaction I receive. It seems that as we get closer to the election more people want politicians to knock on their door, canvassing their vote. People want their politicians to make an effort to win them over, especially as we get close to polling day.

However, you may not be surprised to hear, the campaign is not just about having lovely conversations with lots of different people. For every conversation I get to have with someone in the constituency there are hundreds of leaflets and letters to be folded, stuffed in envelopes and delivered.

Over the course of the whole campaign hundreds of thousands of pieces of literature get printed, folded and delivered. But you’ll already know this from the mounds of leaflets you’ll see get pushed through your letterbox as we approach the election.

As any campaign organiser or candidate will tell you, one of the worst parts of running a campaign is the endless battles we have with our folding machines and printers. Many an evening I’ve been stuck in the office until 1am fuelled by endless cups of tea, surrounded by leaflets and covered in ink, repeatedly taking apart and putting together a folding machine in a desperate attempt to get it working again (these machines only break when you need them the most).

Then, finally, when we have all the materials ready for distribution, the long and gruelling task of delivering them begins. Comfortable shoes are a necessity. You can end up walking around 15-20 miles throughout a day of leafleting and door-knocking, it can be more physically demanding than people think!

It’s worth the blisters!

Standing for Parliament in my hometown is still an incredibly rewarding experience though. It has given me the opportunity to meet and speak to a whole range of people in my community that I wouldn’t have had otherwise. Every day my eyes are opened to the great work that local groups and organisations are doing to help make Romford a better place to live in.

Despite the blisters and the scratches on my hands from letterboxes, I think any young person considering standing for election should do so. It will be an amazing experience, where you will learn so much about your community, but also inspire other young people along the way.

Sam Gould is Labour’s Parliamentary Candidate for Romford. Sam was born and lives in Romford, he graduated from the University of Essex with a degree in Politics in 2013 and also spent a year studying in Washington DC as part of his degree. Since graduating Sam has worked for a communications agency and an education charity. 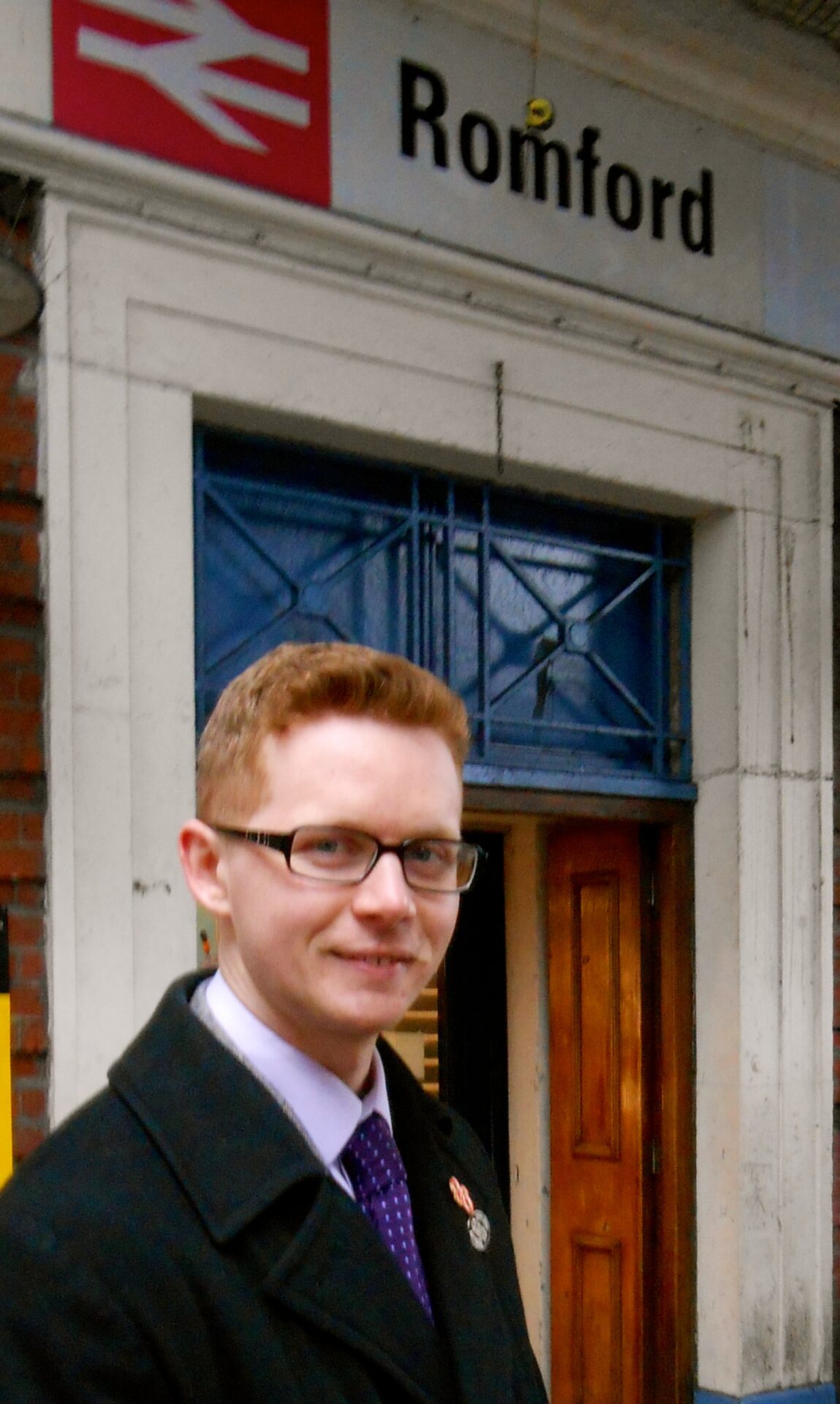