May bangs the war drum in bid to rally the masses, but will her gamble work? by Max Quarterman

Theresa May’s aggressive stance towards the Brexit negotiation of recent weeks has demonstrated a willingness of the Conservative party to follow an age-old tactic, war wins’ votes. However, their one-dimensional approach thus far demonstrates something particularly worrying, the appetite of this government for putting the future of the UK at risk for short term political gain.

The Conservatives and the Labour Party are fighting this election on battlefields that are miles apart. The Tories are portraying the election as a call to arms, a rallying cry to the nation to give Theresa May more fire power in the fast approaching Brexit negotiations, or as they would have you think an old school wild-west shootout. All this without much more than a whimper in terms of new policy to persuade perspective voters (apart from regurgitated Labour policies and the half-promise of a return to the days of legal fox hunting).

In contrast, the Labour party are doggedly attempting to shift the election back to a policy debate. They are releasing new policies almost daily, whilst keeping a docile and amicable approach to the upcoming Brexit negotiations if they were to face them. However, there is a very real possibility that these are falling upon deaf ears, ears that already have heard copious amounts of negative media representations of the Labour party under Jeremy Corbyn.

This election has the potential to be dictated by the 52% of the electorate who voted for Brexit, many of whom seemingly want only to ensure its completion and severity at all costs and will vote for the safest pair of hands in that respect, due to the collapse of UKIP one could be forgiven for expecting many to pledge their allegiances to the Conservatives. The Conservative fighting talk is most certainly aimed at this demographic.

This has, I believe led to the eventuality we find ourselves in which the Conservatives hold a commanding poll position, which I doubt anyone would take in the slightest bit lightly, however this election is far from over. There is an air of fear in the Conservative ‘strong and stable’ posturing. The refusal to debate their opponents head on and the complete centralisation of the campaign on May vs Corbyn rather than any depth, in fact shows weakness rather than the strength we are told is present in abundance. To counteract this potential crack in the Conservative election machine they have resorted to trash talking the European Union and making Trump like claims, reminiscent of a massively overconfident boxer. They know this strategy of Brexit war mongering is risky, therefore they are not allowing any room for debate or full force confrontation. It worked for them before, so they are putting all their eggs in that basket all over again.

A concerted effort to portray Theresa May as a twenty first century Margaret Thatcher is being made. The ‘Iron Lady’ imagery of old has returned to this general election, evident in the notorious ‘strong and stable’ slogan and its likeness to ‘the lady’s not for turning’ . May’s public speeches have been attempting to mold the public perception of herself and her leadership to one characterized by stubbornness and defiance, reflected in the media tag line that she is one ‘Bloody difficult woman!’

In that vein of thought, Theresa May’s risk in her aggressive stance towards these negotiations is like that which Thatcher took with her approach to the military action against the Argentinian Junta in the Falklands. Thatcher’s popularity skyrocketed after successfully defending the Falklands (Ipsos MORI). May seeks a similar mandate as the Guardian’s Simon Jenkins points out, it gave her the political might to ravage the power of trade unions and local government to monumentally accelerate her agenda of privatization in Britain. May seeks a similar mandate.

Theresa May’s government finds itself at a similar make or break point. Another opportunity to uproot the norm of British politics. She has chosen to follow Thatcher’s path with the desire to galvanize a nation behind a Boudica-esque battle cry. However, I think in this occasion it is being done much more recklessly as in contrast to the Falklands, Britain is the much weaker party in the upcoming negotiations.

I am a student at King’s College London, studying towards a BA in Geography.

I am interested mainly in economic and social issues in the UK alongside a keen intrigue in political theory and international development.

My interest in politics originated in the debating society at school and my realization from a young age to its importance to the direction to the lives of all of us in a society. 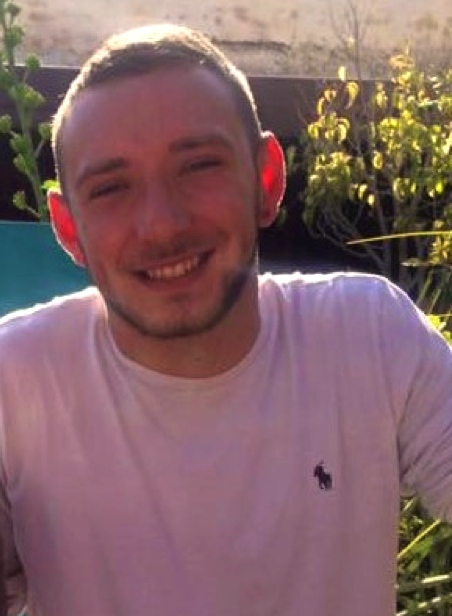