I attended one of the counts for the Scottish Parliamentary Elections in 2016 where, not uncommonly, I witnessed the Scottish Nationalist Party (SNP) holding onto one of their seats with a stable majority. However, what was not common that evening was seeing the Conservative candidate’s vote share increase so much that she leapt to second position on the constituency vote.

In her post result speech, she proclaimed that ‘we’re back.’ Those words not only echoed around the building but across Scotland that evening as Ruth Davidson’s Scottish Conservative party leapfrogged Labour to become the main opposition to the SNP at Holyrood.

Not since the 1950s, when the Tories enjoyed a brief period of support in Scotland, had the party experienced any electoral success in typically Labour heartlands. The Thatcher policies had gradually eroded Tory support north of the border and they were wiped out entirely in 1997. However, the devolved election results 12 months ago may be the setting for a new narrative of Tory influence in Scotland and, with the UK General Election only weeks away, it has sparked much hope within the party ranks of more success.

What is the Conservative strategy?

While Brexit is expected to be a continual theme UK wide for this general election, the constitutional question around independence will be at the fore in Scotland. Since 2014, the Tories have set their stall up as the Unionist party option in Scotland for the 55% who voted ‘No’ to independence. Essentially, they are making it a two-horse race between themselves and the Nationalists. This tactic gives the Conservatives real purpose in Scotland as they can campaign about something that is ideologically important to them and resonates with a large part of the population. It also squeezes out Labour and the Liberal Democrats who are both not as strong on the constitutional issue. Furthermore, the Tories have used the devolved political set up in Scotland to their advantage by focusing on issues that are more prominent to Holyrood than Westminster. For example, attacking the SNP’s record in Government and their obsession with independence. This makes for a better campaign that having to defend their own record in Government down south.

Will the Conservatives make gains?

Pollsters are predicting that the Conservatives could take up to 9 seats off the SNP which would give them 10 in total assuming that David Mundell holds his seat. I believe that this is likely based on how the anti SNP message will appeal to many Scots who favour the Union and how effectively that message is being delivered.

Firstly, despite Nicola Sturgeon insisting that a soft Brexit would take independence ‘off the table,’ most Scots are anticipating another referendum soon and so party allegiances are being decided on the constitutional battle. The Tories stand to gain traditionally Labour and Liberal Democrat voters because they appear the best placed to oppose independence and stand up to the SNP.

Additionally, in Ruth Davidson the party finally have a leader who can detoxify the Conservative brand from the days of the poll tax and closure of the mines. She is more centrist and in touch with Scots and not your run of the mill Tory. It is another reason why they will be keen to keep Davidson at the front of the campaign rather than Theresa May.

What effect does it have on the SNP?

If we assume that the Tories do make the electoral gains that are expected, there is unlikely to be much of an effect. In the 2011 Scottish Elections and 2015 General Election the SNP reached its electoral peak and a slight loss of seats can only be expected. This is what happened in the 2016 Scottish Parliamentary Elections as the SNP lost their majority but remained in Government and not much has changed.

The only slight grievance for the SNP would be if the Tories managed to oust Angus Robertson in Moray and Pete Wishart in Perth and North Perthshire. Both scalps would be notable because Robertson is the SNP leader at Westminster and Wishart is a senior party figure, and only losing Alex Salmond would be a heavier blow. As Davidson has claimed; it would be an ‘Ed Balls moment.’

Nonetheless, predictably the SNP will still take a sizable majority back to Westminster and it will remain enough for them to challenge May on Brexit and continue to hold her feet to the fire over independence. If anything, more Conservative MPs in Scotland will only add fuel to that constitutional fire rather than do much to put the flames out.

Jon graduated from Stirling University in History and Politics in 2014.

He completed a masters in Global Crime, Justice and Security from Edinburgh University in 2016.

He has previous work experience for the Scottish Liberal Democrats in Campaigning since 2014. 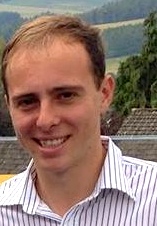