How Brexit Became More Important Than Governing by Jonathan McNiven

In recent years, voters have been more concerned with a political party’s capacity to govern rather than the issues of the day. The large class divide which pitted working class Labour voters against the more affluent Conservative vote belongs to another era.

The success of both Tony Blair and David Cameron was largely based on their ability to convince us that they were more effective at governing than their opponents. It is far easier for the general public to judge someone’s competence rather than scrolling through very dry manifestos from every political party contesting a seat. However we have recently seen the return of the big political issues dominating almost every conversation in the country.

The main reason for this phenomenon has been the two referendums that have greatly divided our nation into two distinct camps.

Firstly we had the bitterly contested Scottish Independence referendum where 55% of Scots rejected leaving the United Kingdom and becoming a sovereign nation. Two years later another referendum was cast upon voters to decide whether Britain should leave the European Union. This time a 52-48 vote insured that this proposal should go ahead. Both these issues have captivated the nation. Both referendums had a turnout of over 70% which was greater than any UK General Election has received since 1992. These two events polarised the country into two sizeable camps with fierce debates still pitting friends and families against each other.

So what effect has this had on the electorate?

In Scotland we have seen a clear cleavage between nationalists aiming to continue the fight to become a sovereign nation and unionists who want to remain in the United Kingdom. The British Election Study has found that of all those voting Conservative, Labour or SNP in the 2015 General Election in Scotland, the SNP received 94% of the vote from those who opted to leave the UK but only 13% from those who voted “No” to independence. The SNP have become the most polarising party in recent memory in British politics attracting either hysterical support or vicious derision and this tends to depend on where people stand on Scottish independence. This therefore is an example of a classic issue dividing the electorate

Britain’s withdrawal from the European Union (or Brexit), is completely different. Despite there existing the same bitter divide on the issue, there does not exist the same polarity in voting intentions between both sides. This is because neither the two main parties of Labour and Conservatives have produced a united front on one side of the issue.

Labour leader Jeremy Corbyn and Conservative leader Theresa May both supported remain during the referendum campaign. However neither of them actually strives to reverse the result and many notable figures on both parties supported Brexit. Therefore despite being the one issue dominating the General Election outside Scotland, it doesn’t behave like a classic issue cleavage.

What this General Election looks like demonstrating, is a new way of issues effecting voter behaviour in Britain. By early May the Conservatives held a 22 point lead in ICM/Guardian poll over Labour. Surely then it is Theresa May’s capacity to govern compared to Corbyn that will secure this massive victory. Well no actually. Brexit has bullied its way into the British consciousness to such an extent that it’s impossible for it not to impact on the electorate. It is not the two parties’ position on Brexit that will decide this election but their ability to handle the process of exiting the EU.

The deal Britain receives from their withdrawal from the European Union is the most important event to occur to the nation in decades. The outcome of this will determine the strength of Britain’s economy in the coming years and dictate thousands of policy decisions. This will define the country that Britain wants to be for generations. This therefore means that these negotiations are even more important than the domestic policy set by the government over the next term. Put simply, the Conservatives are expected to complete a huge victory of Labour because voters see Theresa May as being able to gain a far better deal for Britain in Brexit negotiations than Jeremy Corbyn. Of a nationally represented poll from Political Betting, 51% of people trusted May to negotiate the withdrawal from the EU, with only 13% trusting Corbyn.

May’s long experience in government and image as a strong leader compares favourably to Corbyn’ little experience as a leader of a party which is fiercely divided over his competence. This upcoming election will therefore be one unforeseen in recent history in Britain. One foreign policy action will overtake even crucial domestic policy as the main factor in dictating voting behaviour.

My interest in politics was sparked by my realisation of how important political issues are to all walks of life.

This motivated me to study Politics where I have received an Honours Degree from the University of Strathclyde.

My main interest is in British politics and in particular voting behaviour. 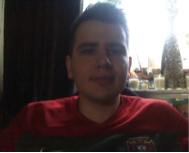