The SNP, “fringe” parties and the impending Westminster shake-up by Andrew MacAulay

Only months after a passionate and divisive Scottish independence debate, the constitutional future of the United Kingdom faces yet another stiff test in the weeks ahead.

Apathy with the main ‘established’ parties and an independence movement in Scotland which looks unlikely to go away quietly anytime soon, points to the general election in May being a night to remember for some of the country’s smaller parties and a night to forget for at least two of the three main Westminster parties.

Labour and the Liberal Democrats look to have an unenviable battle on their hands, for two very different reasons, as they attempt to avoid haemorrhaging seats at the forthcoming election.

The Lib Dems for its part is suffering, perhaps unfairly, for the unpopularity of some of the coalition government’s economic policies. Labour, on the other hand, faces being decimated in many of its heartland constituencies in Scotland.

From the wilderness to Westminster

This has opened the door for some smaller parties in the UK to capture the votes of those seeking change, and a sometimes radical change at that, from the stale, austerity driven, politics currently on offer at Westminster. The UK Independence Party (UkIP), for example, appeared to be riding the crest of a wave. The defection of two sitting Tory MPs, Douglas Carswell and Mark Reckless, and their subsequent by-election victories, gave the party its first ever representation at Westminster.

Polls appeared to show UKIP emerging as the party of protest in many parts of the country, attracting voters who seem particularly disillusioned with the apparent failure or unwillingness of the established parties to address mounting concerns over rising immigration, and the thorny subject of EU membership which many natural Conservative voters feel is being ignored by their usual party of choice.

Recent media scrutiny and a focus on a number of controversial remarks made by UKIP members and candidates, however, may have taken the wind out of their sails.

More strife north of the border

Some of the most powerful political tremors, though, will be felt in Scotland. The Scottish Labour Party is facing a serious challenge to its historic power bases in industrial parts of central Scotland. The Scottish National Party (SNP), for its part, has been the clear beneficiary of the loss of support for Labour.

Elections in recent years bore witness to a big swing towards the SNP in traditional Labour areas. However, voting patterns seemed to suggest support for Labour at Westminster elections among a large swathe of the Scottish electorate, and a switch to the SNP for Scottish Parliamentary elections.

This has changed in recent years. The SNP shocked almost everybody by winning a majority in the 2011 Holyrood elections which uses a voting system designed to eliminate the prospect of this precise thing ever happening. Its record in government has struck a chord with many Scottish people as the party appears to have taken up the mantra of social justice at Labour’s expense and it has established itself as the main centre-left party in Scotland.

A struggle for survival

Recent opinion polls make for grim reading for Labour politicians, members and activists as they ramp up the canvassing before the vote in May. Polls conducted by Lord Ashcroft suggest that Labour is on the verge of being decimated across central Scotland. Some figures point to the SNP capturing 50+ seats, up from the 6 it currently holds, with a few of Labour’s biggest hitters in Scotland at risk of losing theirs.

Scottish Labour leader Jim Murphy, only recently elected to the role, has made it known that he plans to stand for re-election to the House of Commons rather than Holyrood. It is natural to wonder if this is in part due to the fact that Labour is desperate to keep some of its biggest Scottish names at Westminster.

The question then arises as to what form the UK government will take post May 7th. It looks almost certain that another hung parliament is in the offing. Already much of the debate has centred on who will join who in any coalition government as smaller parties arrive at Westminster with more power than ever seemed likely.

The SNP has categorically ruled out a coalition with the Conservatives. Coming under intense pressure to do similar, Ed Miliband has recently stated that Labour will do no deals with the SNP. What seems more likely is that one of the two main parties will have to garner support from the smaller parties on a policy by policy basis in return for certain concessions.

George Osborne finished off his budget speech by declaring that Britain was the ‘comeback country.’ He was of course referring to the economy but in a constitutional sense the future of the United Kingdom is as uncertain now as it was on the eve of the independence referendum.

I live just outside Edinburgh and have had a long-term interest in History, Politics and Current Affairs.

I went back into full-time education in 2008 as a mature student completing an Access Course at Stevenson College, Edinburgh before being accepted to study Politics & International Relations at the University of Dundee. I graduated in 2013 with a degree in History & Politics.

I currently work in the energy sector, enjoy reading, travelling and socialising and have a huge interest in language. 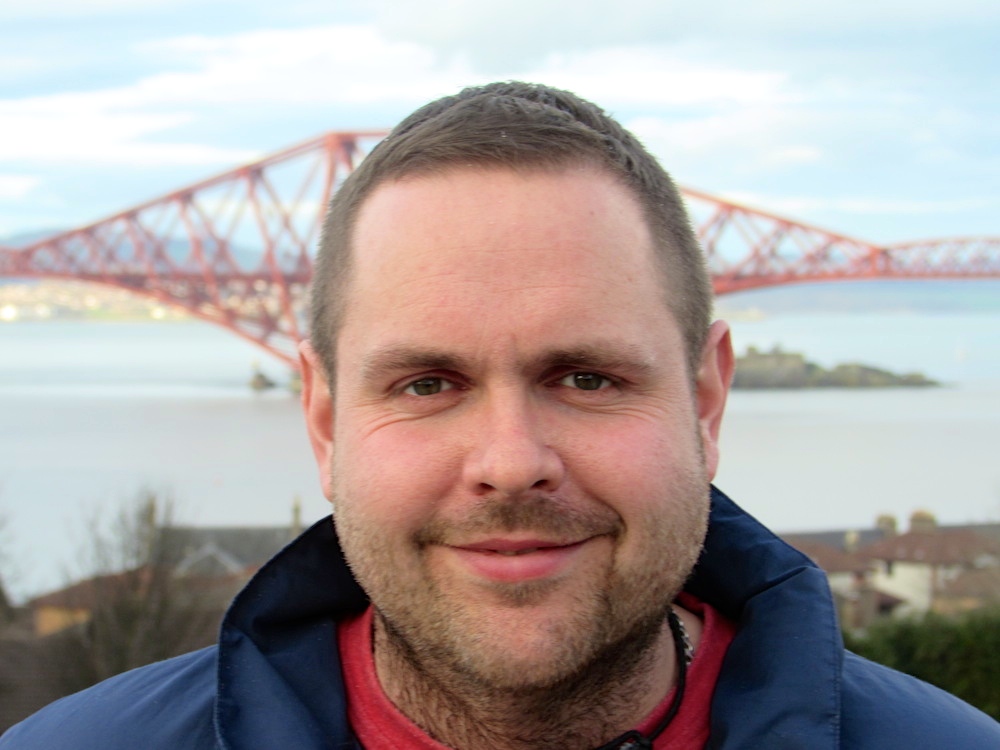