Most ‘local’ elections are to vote for someone who will represent you on a local council. These can be at a parish, district, city, metropolitan area or county level. Campaigns often focus on a mixture of their standing in and plans for the local area as well as the aims of their party. Voters will often switch their vote at a local level, for a strong local candidate, compared to a General Election when they are voting for who they want to see govern Britain.

Not all councils hold elections at the same time and the cycle of how long someone who is successful differs. For example, some elect people for four years and some councils elect a third of elected members, known as ‘Councillors’, each year for three out of the four-year cycle.

Candidates for local election must be aged 18 or over and either be British, or citizens of other European Union or Commonwealth countries. Those standing in English council elections must be on the electoral register of the council concerned or must have lived in or worked in the council area within the past year.

Some people are banned from standing in the elections including anyone employed by the local authority: bankrupts; and people in a variety of politically restricted jobs.

The London Assembly & an Elected Mayor

A body for London Government was restored, to replace the Greater London Authority that was abolished in 1986. The Greater London Act, 1999, produced a weaker body than the GLC and, for the first time in Britain, an elected Mayor to head the authority.

The London Assembly describes itself as ‘an elected watchdog’ looking at how effective the Mayor’s policies and activities are and holding whoever holds the office to account.

Mayors Outside of London

The Local Government Act, 2000 made provision for other local authorities in England to have elected Mayors and also to replace their committee systems with an executive Cabinet of councillors. In practice, only about 40 local authorities decided to hold a referendum on whether there should be an elected Mayor and in the majority of these the idea was rejected.

John Prescott, the Deputy Prime Minister at the time was keen on regional government. Unelected regional development agencies were set up across England, but a referendum to have an elected Regional Council in the North-East of England was defeated.

The First Past the Post or Majoritarian system benefits the two main parties. It means that the Liberal Democrats always have a smaller proportion of MPs than votes and makes it difficult for small parties to get representation at all, unless they are regionally concentrated as with Plaid Cymru and the SNP.

However, a feature of the last two decades has been the introduction of other electoral systems for the other types of elections in the UK which have allowed smaller parties to be successful and created different party systems at different levels in the UK.

The First Past the Post system is creaking in the multi-party system that we now have in Britain. A referendum on introducing the Alternative Vote system for general election by which voters put the candidates in order of preference was promoted by the Liberal Democrats but defeated by 68% to 32% in 2011. 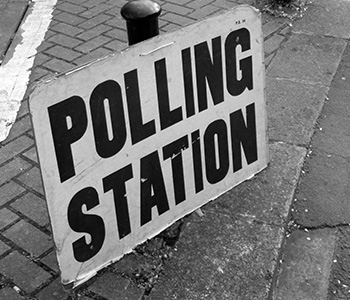 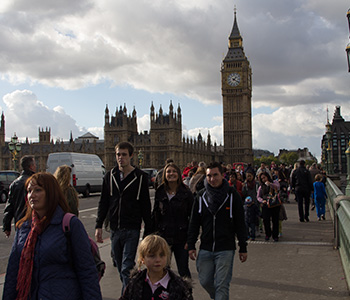