The role of the Speaker of the House of Commons

What does the Speaker do?

The Speaker of the House of Commons chairs debates in the Commons chamber. The holder of this office is an MP who has been elected to be Speaker by other Members of Parliament. During debates, they keep order and call MPs to speak.

The Speaker is the chief officer and highest authority of the House of Commons and must remain politically impartial at all times.

The Speaker also represents the Commons to the monarch, the Lords and other authorities and chairs the House of Commons Commission.

The Speaker is perhaps best known as the person who keeps order and calls MPs to speak during Commons debates.

The Speaker calls MPs in turn to give their opinion on an issue. MPs signal that they want to speak by standing up from their seat (a custom known as ‘catching the Speaker’s eye’) or they can notify the Speaker in advance by writing.

The Speaker has full authority to make sure MPs follow the rules of the House during debates. This can include:

About the current Speaker of the House of Commons

The current Speaker of the House of Commons is Sir Lindsay Hoyle. He has been the MP for Chorley, England since 1997. He served as Deputy Speaker of the House from 2010 before being elected Speaker in November 2019. This followed the resignation of John Bercow who served for 10 years.

The former speaker was the Rt Hon John Bercow MP. He was the Member of Parliament for Buckingham and Speaker of the House of Commons from 22 June 2009. (pictured right)

1. Speakers are elected by Members of Parliament

The first Speaker was Sir Thomas Hungerford appointed in 1377. However, the role before this time has been identified as far back as 1258 where they were called ‘parlour’ or ‘prolocutor’.

The election of the Speaker takes place at the beginning of every Parliament and every time a Speaker steps down from the post.

The last election for a Speaker of the House of Commons took place in 2009 using a secret ballot system. It was the first time the procedure set out below has been used to elect the Speaker.

2. The Speaker is Politically Impartial

Speakers must be politically impartial. Therefore, on election, the new Speaker must resign from their political party and remain separate from political issues even in retirement. However, the Speaker will deal with their constituents’ problems like a normal MP.

Speakers still stand in general elections. They are generally unopposed by the major political parties, who will not field a candidate in the Speaker’s constituency – this includes the original party they were a member of. During a general election, Speakers do not campaign on any political issues but simply stand as ‘the Speaker seeking re-election’. 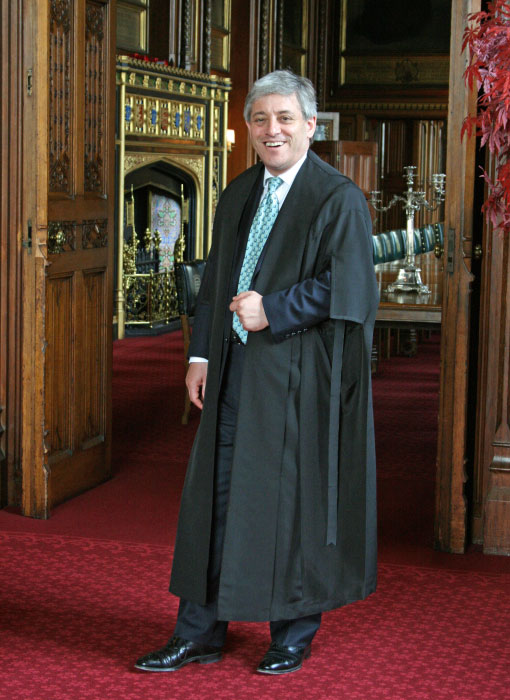