Following the resignation of David Cameron, after the UK voted to leave the European Union, the search was on for a new leader of the Conservative Party.

The two remaining candidates, who would also become Prime Minister, were Theresa May and Andrea Leadsom. In a shock twist just as the campaigns were starting to woo the membership Mrs Leadsom withdrew from the race. Graham Brady, Chair of the 1922 Committee, which oversees the election process announced that there would be no re-run of the contest, effectively making Mrs May the next UK Prime Minister. Mrs May will become Prime Minister on Wednesday 13th July after David Cameron has chaired his last Cabinet meeting and held his last Prime Minister’s Question Time.

Timetable for getting the new PM in place

Nominations closed on Thursday 30th June and it was expected that the new leader would be in place by 9th September at the latest. The parliamentary party whittled the five candidates down to two, starting on 5th July. The two frontrunners would have been put out to the 125,000+ membership for a vote. Now as there is only one contender this will not happen. David Cameron was of course expecting to have more time to firstly pack but also if some are to be believed finish some legacy work.

The next steps are ones of constitutional process. The Queen has to formally i.e. in person accept the resignation of David Cameron and accept his recommendation of Theresa May to lead her government. Once this has happened Mrs May will become the 13th Prime Minister during Queen Elizabeth II’s reign and will be approved formally at Buckingham Palace.

Who changed their mind?

Nicky Morgan, Education Secretary was quick out of the blocks to say she was interested but withdrew her nomination to back Michael Gove. Jeremy Hunt, Health Secretary, also looked like he might join the group but this didn’t materialise. The biggest shock was the decision by Boris Johnson MP, former Mayor of London, not to stand. During the referendum campaign many had turned on Mr Johnson saying that his decision to join the leave campaign was driven by personal ambitions to become the next Prime Minister.

He is currently the Secretary of State for Work and Pensions and took over the post following the resignation of Iain Duncan Smith. He was formerly the Welsh Secretary. He supported the Remain campaign during the referendum and is standing on a joint ticket with Business Secretary Sajid Javid. Much is being made of his ‘working class’ background growing up on a council estate to a single mother.

Liam Fox, a GP and chief ‘brexiteer’, was a former Defence Secretary who was forced to resign in 2011 after breaking the Ministerial Code. A Thatcherite on the right of the party, he also stood for the leadership of the conservative Party in 2005 which saw David Cameron elected. He has remained a vocal and visible member of the party for several years and as a Scot is seen as someone who can represent the union.

Announcing his candidacy Dr Fox said “I come into this race with a great sense of optimism and confidence in Britain.’

“In terms of the EU, we need to make it very clear we intend to honour the instruction given to us by the British people. We will leave the EU.
I don’t believe the British public would accept the free movement in return for access to the Single Market. We need to have a more free-trade approach.”

He said it would be “easier” if the next Prime Minister was a Brexiteer but insisted: “All the candidates have tremendous attributes they can bring to the country.”

He is the current Justice Secretary and also served as Chief Whip and Education Secretary.

Mr Gove was co-chairman of the Vote Leave Campaign and fronted many of the question time interviews to voice leaving the European Union. He formerly wrote for the Times newspaper and also has a Scottish background.

On several occasions Mr Gove had said that he did not want to be Prime Minister so his announcement was greeted with some shock and is widely seen as the reason Boris Johnson did not stand. This may affect his chances amongst the Westminster MPs.

“The British people voted for change last Thursday. They sent us a clear instruction that they want Britain to leave the European Union and end the supremacy of EU law. They told us to restore democratic control of immigration policy and to spend their money on national priorities such as health, education and science instead of giving it to Brussels. They rejected politics as usual and government as usual. They want and need a new approach to running this country.

“There are huge challenges ahead for this country but also huge opportunities. We can make this country stronger and fairer. We have a unique chance to heal divisions, give everyone a stake in the future and set an example as the most creative, innovative and progressive country in the world.

“If we are to make the most of the opportunities ahead we need a bold break with the past.

“I have repeatedly said that I do not want to be Prime Minister. That has always been my view. But events since last Thursday have weighed heavily with me.

“I respect and admire all the candidates running for the leadership. In particular, I wanted to help build a team behind Boris Johnson so that a politician who argued for leaving the European Union could lead us to a better future.

“But I have come, reluctantly, to the conclusion that Boris cannot provide the leadership or build the team for the task ahead.

“I have, therefore, decided to put my name forward for the leadership. I want there to be an open and positive debate about the path the country will now take. Whatever the verdict of that debate I will respect it. In the next few days I will lay out my plan for the United Kingdom which I hope can provide unity and change.”

She is currently an energy minister and became a rising name after impressive TV performances in favour of Brexit. Rather awkwardly on a few occasions Ms Leadsom had to go head to head with her boss Energy and Climate Change Secretary, Amber Rudd.

Her background is finance, she served on the treasury and public accounts select committees.

She was elected in 2010 to the seat of South Northamptonshire. Due to her relatively new face she may struggle to get down to the final two but an attractive cabinet position surely awaits.
Leadsom’s Twitter Announcement
“Delighted to say I’m running for the @Conservatives Leadership.

Let’s make the most of the Brexit opportunities! #FreshStart”

She is the current Home Secretary and Member of Parliament for Maidenhead. 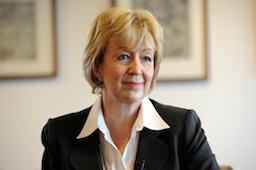 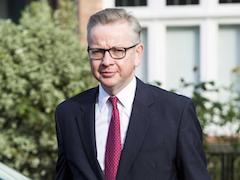 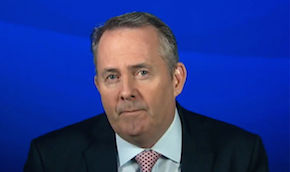