Focus on the 2005 General Election

The 2005 General Election is mostly known for Tony Blair securing a historic third term in office for a Labour Prime Minister.

The Conservatives adopted the slogan ‘Are you thinking what we’re thinking – it’s time for action’ and campaigned through a list of pledges:

The Labour Party focused on the slogan ‘ Forward not Back’ wanting to build on progress and make irreversible the positive changes that they saw happening in the country.

The Labour Party needed 324 of their candidates standing across Britain to win their elections and therefore seats in Parliament. The result was:

Both the British National Party (BNP) and UK Independence Party (UKIP) failed to gain any seats.

It was clear from the start of the election that the 2005 General Election would be Tony Blair’s last. Indeed Prime Minister Blair stepped down on 27 June 2007 to be replaced by his Chancellor of the Exchequer, Gordon Brown who later went on to be elected from within the Labour Party system unopposed. Blair received a standing ovation within the House of Commons during his last Prime Minister’s Questions. He said’ I wish everyone, friend or foe, well and that is that, the end’

Michael Howard, now siting in the House of Lords in Parliament, stood down as the leader of the Conservative Party. This prompted a full leadership contest within the party; candidates included Liam Fox and Kenneth Clarke. Eventually David Cameron, beat David Davis after a vote was put to every qualifying party member. Cameron led the party through to the 2010 election to become Prime Minister of a coalition government with the Liberal Democrats.

Charles Kennedy resigned as the Liberal Democrat leader on 7 Jan 2006 after feeling that he had lost the support of his Members of Parliament and admitting a problem with alcohol. He was replaced by Sir Menzies (Ming) Campbell. 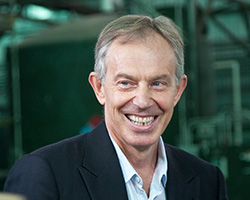