How long is a Parliament?

For example, a crisis or a Government with a small or no majority at all could result in a short Parliament – as in 1974 when there were two general elections – whereas a Government with a secure majority would tend not to seek an election until four or five years had elapsed. If it was doing well in the opinion polls, it tended to go after four years and if it was in trouble in the polls it preferred to wait the full five sessions in the hope that the situation would improve.

The only circumstances in which an early election can take place is if a vote of no confidence is carried by the House of Commons (and no new government, enjoying the confidence of the House, can be formed within 14 days) or if the House carries a motion that there shall be an early general election, with at least two-thirds of all the members of the House voting in favour of the motion.

Supremacy of the House of Commons

The Parliament Acts have been used to pass legislation against the wishes of the House of Lords on seven occasions since 1911. This includes the passing of the Parliament Act 1949.

Some constitutional lawyers had questioned the validity of the 1949 Act. These doubts were rejected in 2005 when members of the Countryside Alliance unsuccessfully challenged the validity of the Hunting Act 2004, which had been passed under the auspices of the Act. In October 2005, the House of Lords dismissed the Alliance’s appeal against this decision, with an unusually large panel of nine Law Lords holding that the 1949 Act was a valid Act of Parliament.

Bills not subject to the Parliament Acts

There are a number of ways in which Members of Parliament and Members of the House of Lords (called Peers) can be involved in creating and debating legislation and the impact of existing policies and laws.

This is a motion put on the notice paper by a Member of Parliament without, in general, the real prospect of it being debated. Such motions are expressions of backbench opinion.

The Prime Minister answers questions in the House of Commons from 12 noon until 12.30pm on Wednesdays. This allows Members of Parliament from any political party to ask a question to the Parliament.

This is a question adjudged of urgent importance on submission to the Speaker of the House of Commons or the Lord Speaker in the House of Lords, answered at the end of oral questions.

Consisting of usually ten to fifteen members of all parties, select committees are a means used by both the House of Commons and the House of Lords to investigate certain matters.

There are other select committees dealing with matters such as public accounts (which scrutinise the spending by the government of money voted by Parliament) and European legislation, and also committees advising on procedures and domestic administration of the House of Commons.

Major select committees usually take evidence in public; their evidence and reports are published on the Parliament website and in hard copy by the stationary office. House of Commons select committees are reconstituted following a general election.

Following a report by the Modernisation of the House of Commons Select Committee, the Committee decided in May 1999 to establish a second debating forum. It is known as ‘Westminster Hall’ and sittings are in the Grand Committee Room on Tuesdays and Wednesdays from 9.30am to 11.30am, and from 2pm to 5pm and from 2.30pm to 5.30pm on Thursdays. Sittings are open to the general public.

What do Whips do?

The whip refers to membership of a political party. If a politician is not toeing the party line or damages the party through their individual behaviour then the whip can be withdrawn. This would mean they are still a Member of Parliament but not a member of the party.

The whips role is important when it comes to votes in the House of Commons or House of Lords on new laws where politicians are required to vote in favour of their parties’ policy. Those who do not vote with their party are known as rebels.

The written appeal or circular letter issued by them is also known as a ‘whip’, its urgency being denoted by the number of times it is underlined.

These are crucial votes for the Government for example there was a three line whip by the Labour Party for the vote on going to war with Iraq in 2003. Failure to respond to a three line whip is tantamount in the House of Commons to removal from the political party.

Attendance is expected but if you’re unable to attend you can find someone to pair up with from your opposite party who also cannot attend therefore not affecting the overall numbers.

You’re expected to attend but if you do not there are not any significant consequences.

Whips are provided with office accommodation in both Houses of Parliament and some government and opposition whips receive salaries from public funds. With often hundreds of Members of Parliament within their party, whips often have a number of deputies. 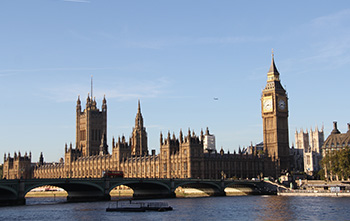