The Queen is Head of State of the UK and 15 other Commonwealth realms.

The elder daughter of King George VI and Queen Elizabeth, she was born in 1926 and became Queen at the age of 25.

The Queen was married to Prince Philip, Duke of Edinburgh and has four children and eight grandchildren.

Princess Elizabeth was educated at home with Princess Margaret, her younger sister.

After her father succeeded to the throne in 1936 and she became heir presumptive, she started to study constitutional history and law as preparation for her future role.

She received tuition from her father, as well as sessions with Henry Marten, the Vice-Provost of Eton. She was also instructed in religion by the Archbishop of Canterbury.

Princess Elizabeth also learned French from a number of French and Belgian governesses.

It is a skill which has stood The Queen in good stead, as she often has cause to use it when speaking to ambassadors and heads of state from French-speaking countries, and when visiting French-speaking areas of Canada.

Princess Elizabeth also studied art and music, learned to ride, and became a strong swimmer. She won the Children’s Challenge Shield at London’s Bath Club when she was thirteen.

Princess Elizabeth enrolled as a Girl Guide when she was eleven, and later became a Sea Ranger.

In 1940, at the height of the Blitz, the young Princesses were moved for their safety to Windsor Castle, where they spent most of the war years.

It was a time of austerity and anxiety for the whole country, including the Royal Family. But at Christmas time there was a period of light relief when the young Princesses put on pantomimes with the children of members of staff for the enjoyment of her family and employees of the Royal Household.

She was the first child of The Duke and Duchess of York, who later became King George VI and Queen Elizabeth.

At the time she stood third in line of succession to the throne after Edward, Prince of Wales (later King Edward VIII), and her father, The Duke of York.

This all changed after the dramatic abdication of Edward VIII on 11 December 1936.

2017 marked the 65th anniversary of The Queen’s accession to the throne.

After her marriage in 1947, Princess Elizabeth paid formal visits with The Duke of Edinburgh to France and Greece, and in autumn 1951 they toured Canada.

Princess Elizabeth also visited Malta four times while Prince Philip was stationed there on naval duties, and enjoyed the life of a naval wife and young mother.

This way of life was not to last long, as her father’s health was deteriorating.

In 1952, King George VI’s illness forced him to abandon his proposed visit to Australia and New Zealand.

The Princess, accompanied by Prince Philip, took his place.

The King died during this tour on 6 February and his daughter, Elizabeth, immediately became the next monarch and returned home.

Shortly after the Royal Family returned from South Africa in 1947, the Princess’s engagement to Lieutenant Philip Mountbatten was announced.

The couple, who had known each other for many years, were married in Westminster Abbey on 20 November 1947. The event was fairly simple, as Britain was still recovering from the war, and Princess Elizabeth had to collect clothing coupons for her dress, like any other young bride. They spent their honeymoon at Broadlands, Hampshire, the home of Lord Mountbatten, and at Birkhall, Balmoral.

Watch the Royal Wedding below.

Lieutenant Mountbatten, who became His Royal Highness The Prince Philip, Duke of Edinburgh, was the son of Prince Andrew of Greece and a great-great-grandson of Queen Victoria. The Queen paid public tribute to her husband on several occasions, recalling his loyal support and service to the country.

They have four children, eight grandchildren and a growing number of great-grandchildren.

After Princess Elizabeth became Queen, their third child, Prince Andrew, arrived in 1960 and the fourth, Prince Edward, in 1964. Prince Andrew and Prince Edward were the first children to be born to a reigning monarch since Queen Victoria had her family.

Their first great-grandchild, Miss Savannah Phillips, the daughter of Peter and Autumn Phillips, was born in 2010.

Family life has been an essential support to The Queen throughout her reign. The family usually spends Christmas together at Sandringham in Norfolk, attending church on Christmas Day. 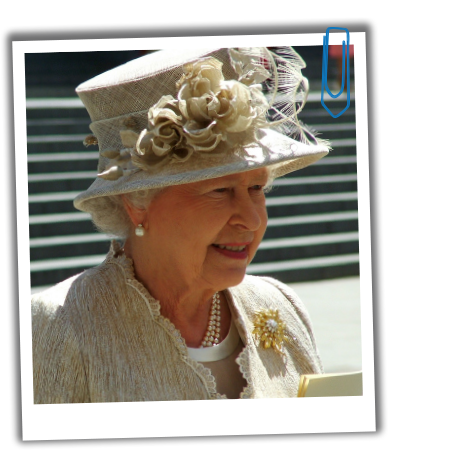