The Sovereign, Queen Elizabeth II is Head of State. The ability to make and pass laws is with the elected Parliament.

As a constitutional monarch, The Queen must remain politically neutral.
On almost all matters The Queen acts on the advice of ministers. However, she retains an important political role as Head of State, formally appointing prime ministers and approving certain legislation.

The Queen plays a part in State functions in Britain. She opens Parliament, approves Orders in Council, signs Acts of Parliament, and holds regular meetings with the Prime Minister of the day.

The Queen has an important formal and ceremonial relationship with Parliament.

The phrase ‘Crown in Parliament’ is used to describe the British legislature, which consists of the Sovereign, the House of Lords and the House of Commons.

Of these three different elements, the Commons, a majority of whom normally supports the elected Government of the day, has the dominant political power.

The role of the Sovereign in the enactment of legislation is today purely formal, although The Queen has the right ‘to be consulted, to encourage and to warn’ her ministers via regular audiences with the Prime Minister.

The Sovereign’s assent is required to all bills passed by Parliament in order for them to become law. Royal Assent (consenting to a measure becoming law) has not been refused since 1707.

It is also a long established convention that The Queen is asked by Parliament to provide consent (which is different to assent) for the debating of bills which would affect the prerogative or interests of the Crown. Where Queen’s Consent is given it is signified in each House of Parliament and recorded in Hansard. Consent has not been withheld in modern times, except on the advice of Government.

This speech is drafted by the Government and not by The Queen. It outlines the Government’s policy for the coming session of Parliament and indicates forthcoming legislation.

In addition to opening Parliament, only The Queen can summon Parliament, and prorogue (discontinue without dissolving it) or dissolve it.

Since the Parliament Act of 1911, the life of the United Kingdom Parliament extends to five years, unless dissolved sooner by the Sovereign at the request of the Prime Minister.   In practice, except during the two World Wars when the life of Parliament was extended annually to avoid a wartime general election, every modern Parliament has been dissolved before its term has expired.

When Parliament is summoned, also after a Royal proclamation, there must, since the Representation of the People Act 1918, be a period of at least twenty days before Parliament meets. This period can be extended, but only for fourteen days, according to the Prorogation Act 1867.

There is only one occasion on which Parliament meets without a Royal summons, and that is when the Sovereign has died. In such circumstances, the Succession to the Crown Act 1707 provides that, if Parliament is not already sitting, it must immediately meet and sit.

The Meeting of Parliament Act 1797 provides that, if the Sovereign dies after Parliament has been dissolved, the immediately preceding Parliament sits for up to six months, if not prorogued or dissolved before then.

The Queen’s role in Parliament is: 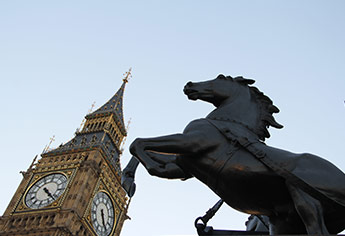 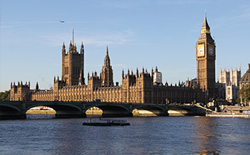