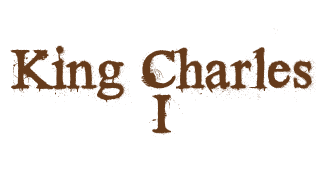 Who was Charles I?

His mother was Anne of Denmark. His father was King James VI of Scotland, soon to be James I of England as well.

Charles was a sickly, weak child. He had trouble learning to walk and suffered from a stammer.

He was shy and reserved. Charles was classically educated and interested in the arts.

As King, he would spend vast sums of money on musicians to entertain his court and buying works of art.

As the second-born son Charles was never meant to be King. However, in 1612 his elder brother Henry died, leaving Charles as heir to the throne.

Find out more about in these recommended works.  (paid links)

In 1625 Charles married the Roman Catholic Henrietta Maria of France. The marriage was not a popular one.

Although Charles considered whom he married to be none of Parliament’s business, he did promise that even though he was marrying a Roman Catholic, the restrictions for recusants (Catholics who would not attend Anglican Church services) would remain.

Without Parliament’s knowledge, Charles promised the French that he would lift these restrictions. This condition was secretly added to his marriage treaty.

Charles and Henrietta Maria had five children who survived to adulthood, including the future Kings Charles II and James II.

Charles was deeply religious. He preferred a High Anglican form of worship, with ceremonies, rituals and lavish ornamentation.

Charles thought the hierarchy of bishops and priests to be important. The Puritans considered all of this to be forms of ‘popery’.

Charles was also self-righteous and passionately believed in the Divine Right of Kings.

This idea that God had given him the supreme authority to rule, brought him into conflict with those who would challenge his perceived right to rule as an absolute monarch.

Charles became the second Stuart King on the death of his father, James I, in March 1625.

Parliament and the Monarchy had seen a breakdown in relations under the reign of James I.

Charles I, as a firm believer in the Royal prerogative, showed a similar negative attitude towards Parliament.

The Crown was heavily in debt. James I had led a lavish, extravagant lifestyle.

The cost of running the royal household of Charles I was similarly expensive.

In June 1625, Parliament only granted the King tonnage and poundage (income from customs duties) for a single year, rather than for life as was customary.

King Charles frustrated by Parliaments refusal to grant him enough money to finance (what were ultimately failed) expeditions against Spain and France, dismissed Parliament and brought in forced loans.

That is money from taxes levied without the consent of Parliament. Many of those who refused to pay were imprisoned without trial.

The Duke of Buckingham was a favourite of King Charles. He was, however, generally disliked and distrusted.

Parliament tried to have him impeached (removed from office), but Charles intervened.

The Duke had been responsible for the costly and disastrous campaign against Spain, and the first failed expedition against France. The Duke was assassinated in 1628.

In 1628 a Commons’ Petition of Right was drawn up by a group of MPs led by John Pym.

This petition stated that the king could not levy taxes on his subjects without the assent of Parliament, nor arbitrarily imprison them.

King Charles initially agreed to these conditions, but it was never properly enacted as a statute.

In March 1629 three MPs physically restrained the Speaker of the Commons preventing him from carrying out Charles’ command to adjourn Parliament.

This was to give the Commons time to pass resolutions against the Kings policies on religion and tonnage and poundage.

King Charles dismissed Parliament and had some of its members imprisoned.

Sir John Eliot had been one of Charles’ main opponents in Parliament. He died in the Tower of London in 1632.

Having dismissed his fourth Parliament in 1629, King Charles began what he called his ‘personal rule’ and what his enemies referred to as the ‘Eleven Years’ tyranny’.

It was technically within the royal prerogative to rule without Parliament and there was a precedent for it. However, only Parliament could legally grant taxes.

King Charles would have to find other non-parliamentary sources of revenue.

King Charles raised money from knighthood fees on landowners worth £40 or more a year. He sold monopolies to rich merchants, even though this was forbidden by Parliamentary Statute.

In 1635 the King demanded ship money from all of England and not just those counties on the coast.

Forest boundaries were reinstated to their ancient limits, so that forest fines could be levied on those who now found themselves within the new boundaries.

These methods of raising income made Charles very unpopular.

King Charles tried to impose a new prayer book on the Scottish Presbyterians. This led to Charles’ defeat in the First Bishops’ War, 1639.

In April 1640 King Charles called a Parliament to request money for the Second Bishops’ War. Parliament was dissolved after only three weeks when it refused.

In October 1640, having lost the Second Bishops’ War, King Charles was forced to sign the Treaty of Ripon.

The Covenanter (Scottish) troops were to be paid £850 a day in maintenance while they were still in England.

In November 1640, short of money, Charles called Parliament again. This was known as the Long Parliament as it was not officially dissolved until 1660.

In 1641, John Pym MP put Thomas Wentworth, Earl of Strafford on trial for treason. The Earl had been one of Charles’ chief ministers during his Personal Rule.

Parliament passed a Bill of Attainder and had him executed.

Non-Parliamentary forms of taxation, such as ship money, were declared illegal. The court of Star Chamber was abolished.

Charles also agreed that the English Parliament could not be dissolved without the consent of Parliament itself. Furthermore, Charles gave Royal Assent to the Triennial Act of 1641, requiring that Parliament be called at least once every three years.

When the Irish rebellion broke out in October 1641, there were disagreements between Parliament and the King over who was in command of the army.

In November 1641 a list of complaints against Charles’ ministers, the Grand Remonstrance, was approved by Parliament. Parliament tried to impeach Queen Henrietta Maria.

In January 1642, King Charles entered the House of Commons with an armed guard intending to arrest five MPs, including John Pym.

The MPs had been forewarned and were not there. This was an illegal act and led to rioting in London. Charles fled to Hampton Court.

In March 1642 Parliament passed the Militia Ordinance which put the local militias under the control of Parliament. As it was passed as an Ordinance and not as an Act, Parliament decided that it did not need Royal Assent.

On 22 August 1642 King Charles I raised his standard at Nottingham and called upon his loyal supporters to fight.

King Charles, although personally brave, was not a great general or military strategist. Initially, both sides were evenly matched.

Parliament gained the advantage with a big victory at Naseby, 1645. The Royal baggage train, which included Charles’ personal correspondence, was captured.

These letters were published as The Kings Cabinet Opened. They revealed that Charles had been seeking aid from France and Ireland.

What was written in his private correspondence also seemed to contradict with some of Charles’ public statements. To the Parliamentarians, this led to questions about Charles’ sincerity and trustworthiness.

In 1646, Charles surrendered to the Scottish army. The following year he was sold back to the English Parliament.

Charles tried to exploit tensions that had opened up between different factions in Parliament and with the New Model Army.

A series of proposals were made by the Parliamentarians to try and reach a settlement after the first Civil War, but these were not accepted.

Charles decided to escape from Hampton Court. He got as far as the Isle of Wight, where he was imprisoned in Carisbrooke Castle.

Charles tried to continue negotiations with several different groups while being held at Carisbrooke Castle. He signed a secret agreement with the Scottish.

In this treaty, Charles promised to establish Presbyterianism in England in exchange for a Scottish army to help put him back on the throne. With this action, Charles had restarted the war.

With the defeat of the Scots army at Preston in August 1648, the second Civil War was over and Parliament had won.

The trial and execution of Charles I

Negotiations were held with King Charles and the outcome debated in Parliament. Efforts were made to bring about a peace that would be acceptable to all sides.

This peace could include restoring the monarchy, albeit with more limited powers.

Some senior Army leaders thought that Charles had already shown that he could not be trusted in negotiations.

They believed Charles should be put on trial for his actions. There were also some who did not believe peace would ever be permanent while Charles was still alive.

In December 1648, the Army surrounded the House of Commons and only allowed those MPs who supported putting Charles on trial, to enter. This became known as ‘Pride’s Purge’.

The remaining MPs made up what was known as the Rump Parliament. They voted to put the King on trial and in January 1649 formed a High Court of Justice.

King Charles was charged with high treason and tyranny. He appeared before the court on four occasions but each time he refused to plead.

Charles challenged the legitimacy of the court trying him. As Charles believed he ruled with Divine Right, he stated that “…a King cannot be tried by any superior jurisdiction on Earth…”

On 27 January 27 King Charles was sentenced to death.

Fifty-nine of the commissioners who sat in judgement upon the King put their signatures and seals to the death warrant. “…Charles Stewart King of England is and stands convicted attainted and condemned of high treason and other high crimes…to be put to death by the severing of his head from his body…”

King Charles I was beheaded in front of the Banqueting House in Whitehall, London on 30 January 1649. 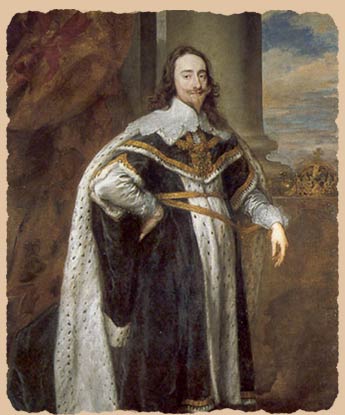