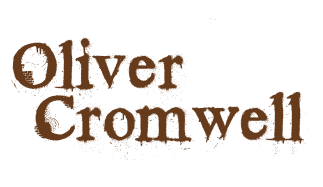 Who was Oliver Cromwell?

His family were local landowners and considered to be minor gentry.

Cromwell attended the local grammar school and then went on to study at Sidney Sussex College, Cambridge.

They were to have nine children, including Richard Cromwell, who succeeded Oliver as Lord Protector. Oliver Cromwell lived in Huntingdon, managing the family estate.

He was a country gentleman with a modest income. Later they moved to a farm in St Ives.

In 1628 Oliver Cromwell suffered what modern academics have interpreted as a bout of depression.

It was around this time that Oliver Cromwell had his religious conversion to the Puritan faith.

Becoming a Member of Parliament

In the Parliament of 1628 to 1629 Oliver Cromwell was the MP for Huntingdon. The records show that he made little political impact.

From 1640 to 1642 Oliver Cromwell returned as a Member of Parliament for Cambridge. He served as an MP during the Short Parliament and then again at the Long Parliament.

It was during the first two years of the Long Parliament that Oliver Cromwell came to prominence as a Puritan MP.

As a Puritan, Oliver Cromwell supported other like-minded MPs, such as John Pym, John Hampden and Sir Oliver St John. He had good contacts amongst the Puritan Members of Parliament.

Find out more in these recommended works.  (paid links)

Oliver Cromwell as a military commander

Oliver Cromwell recruited his own troop of cavalry. These became part of the Parliamentarian Army of the Eastern Association, commanded by the Earl of Manchester.

Oliver Cromwell did not have any real military experience, yet he proved himself to be an effective cavalry commander.

At the Battle of Marston Moor in July 1644, Oliver Cromwell was a Lieutenant-General and in command of the left-flank of cavalry units.

It was his leadership, training and discipline of his men that played a vital role in securing victory for the Parliamentarians. They were given the nickname of ‘Ironsides’.

Oliver Cromwell and other Independent military leaders accused the Earl of Essex and the Earl of Manchester of not fighting the war properly.

They had been chosen as officers as they were members of the aristocracy. However this did not necessarily make them good leaders and they may have had conflicts of interest.

Oliver Cromwell, in particular, argued for a radical change in the way the army was run.

In 1645 Parliament established the New Model Army. It was to be a national standing army made up of professional soldiers.

The officers in command were to be independent of Parliament and be promoted on merit rather than social standing.

Under the Self-Denying Ordinance, members of the House of Commons and the Lords could not hold military office.

A Parliamentary Ordinance was passed which allowed Oliver Cromwell to remain as MP for Cambridge and serve as a Lieutenant-General in the New Model Army.
Oliver Cromwell and his well-disciplined cavalry played another decisive role in securing victory at Naseby in 1645.

In 1647, as Lieutenant- General of the New Model Army, Oliver Cromwell tried hard to bring about a peace settlement with King Charles I.

When Charles restarted the war by making a secret treaty with the Scottish Presbyterians, Cromwell believed Charles had betrayed him.

At the start of the second Civil War, Oliver Cromwell put down Royalist uprisings in Wales.

In August 1648, Cromwell had his first full command. His Army inflicted a crushing defeat on the numerically superior Scottish forces at Preston.

Oliver Cromwell supported the trial and execution of King Charles I. He was the third person to sign his death warrant.

In January 1649, the House of Commons abolished the Monarchy and the House of Lords. England was declared a Commonwealth.

Oliver Cromwell was still a member of the Rump Parliament. He was also a leading Army officer and now one of the most powerful men in England.

In May 1649 Oliver Cromwell and Sir Thomas Fairfax put down a series of mutinies by the Levellers, a rebel faction within the Army.

In 1649-1650, Oliver Cromwell led a Parliamentary campaign in Ireland. Irish Confederate Catholics and English Royalists had formed an alliance and it was considered to be a threat to the new Commonwealth.

Oliver Cromwell crushed the Irish Rebellion. After landing at Dublin, Cromwell went on to take Drogheda (September 1649) and Wexford (October 1649).

Both of these ended in massacre. Other towns in the south of Ireland surrendered. Oliver Cromwell believed that God was punishing the Catholics for rebelling.

In May 1650 Oliver Cromwell returned to England after hearing that Charles II had been declared King by the Scottish.

Oliver Cromwell and his Army marched to Scotland and defeated the Scottish at the Battle of Dunbar on September 3rd 1650. Edinburgh was captured in December.

Charles II and his Scottish supporters invaded England. On 03 September 1651 Oliver Cromwell and his Army defeated the Royalists at the Battle of Worcester.

Charles II escaped and fled to exile in Europe. Scotland was then occupied by the Army and ruled from London. This is sometimes referred to as the third English Civil War.

On 20 April 1653 Oliver Cromwell took an armed force to the House of Commons and dissolved the Rump Parliament.

Cromwell was frustrated with the lack of reformist legislation. He wanted to try and solve the problems that had existed during the reign of Charles I.

This included a more tolerant national church and to have England, Wales, Scotland and Ireland united under one system of government.

He believed that the MPs were more concerned with their own state of affairs and weakening the power of the Army.

Cromwell saw the ineffectiveness of the Rump Parliament as a major obstacle to the radical changes he wanted.

In his speech Cromwell stated “…Is there a man amongst you that has the least care for the good of the Commonwealth?”

He accused the MPs of being “enemies to all good government” and thought that they had no more religion than his horse.

“… You have sat too long for any good you have been doing lately…In the name of God, go!” [www.parliament.uk]

In July 1653 Oliver Cromwell replaced the Rump Parliament with a Nominated Assembly. It was nicknamed the ‘Barebones Parliament’ after one of its members, Praise-God Barebone.

This Parliament consisted of 144 Members who had been picked by the Army officers based on their “godly” religious ways.

On 12 December 1653 General John Lambert and a group of Army supporters voted to dissolve Parliament.

They had written a constitution for the Republic of the British Isles called the Instrument of Government.

This placed control in “a single person and a Parliament”. On 16 December 1653, Oliver Cromwell became Lord Protector.

Oliver Cromwell, Lord Protector of the Commonwealth of England, Scotland and Ireland.

As Lord Protector, Oliver Cromwell wanted to bring about the “healing and settling” of the nation after the turmoil of the Civil Wars.

He also wanted to reform its religious and moral standards. Although Cromwell himself was a strict Puritan, he believed in religious tolerance and liberty of conscience.

That is the freedom for non-Puritans to worship in private without fear of arrest.

Oliver Cromwell encouraged those of Jewish faith to return to England for the first time since their expulsion by Edward I in 1290. He also ended war with Portugal (1653) and Holland (1654).

It was dissolved by Cromwell in January 1655 frustrated that they had done nothing more than try and change the constitution to their own advantage. It had passed no new laws.

The Royalist Penruddocks uprising in March 1655 resulted in England being divided up into regions, each under the command of a Major-General, who was responsible for law and order.

This situation lasted less than a year.

In September 1656 the second Protectorate Parliament was called. In March 1657 Oliver Cromwell was presented with the Humble Petition and Advice.

Part of this new written constitution was the offer of the crown to Oliver Cromwell. After six weeks deliberation Cromwell declined the offer.

He did choose the right to nominate his own successor. Oliver Cromwell chose his son Richard.

In January 1658 Parliament met again. Oliver Cromwell dissolved, what was to be his last Parliament, in less than two weeks.

He was once again frustrated by the squabbling and lack of meaningful action stating “Let God be the judge between you and me”.

Oliver Cromwell died of illness on 03 September 1658. He was buried in Westminster Abbey, although his body was exhumed after the Restoration. 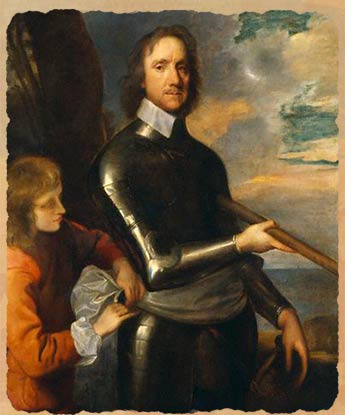