The Powers of the Monarchy

The United Kingdom does not have a written constitution, which sets out the rights and duties of the Monarch, they are established by conventions. These are non-statutory rules which can be just as binding as formal constitutional rules.

The Queen and her family never vote or stand for election to any position, political or otherwise.

This is because The Queen’s role is to provide continuity and the focus for national unity, and the Royal Family’s public role is based on identifying with every section of society, including minorities and special interest groups.

Although the law relating to elections does not specifically prohibit the Sovereign from voting in a general election or local election, it is considered unconstitutional for the Sovereign and his or her heir to do so.

As Head of State, The Queen must remain politically neutral, since her Government will be formed from whichever party can command a majority in the House of Commons.

With the removal of hereditary peers from the House of Lords in 1999, the Royal Dukes (The Dukes of Edinburgh, York, Gloucester and Kent) ceased to be members of the House of Lords and therefore became eligible to vote in elections, and to stand for election. But members of the Royal Family do not exercise these rights. To vote or hold elected positions would not be in accordance with the need for neutrality.

Under the Maastricht Treaty, The Queen and other members of the Royal Family would be entitled to vote for the European Parliament, or to stand for election to that Parliament. However, The Queen would only exercise these rights on the advice of her Ministers. Their advice would invariably be that she should neither vote nor stand for an elected position so as not to compromise her neutrality.

Other members of the Royal Family do not act on ministerial advice, but they also are required to preserve their political neutrality so as not to embarrass The Queen. Therefore, they too would not vote nor stand for election for the European Parliament. 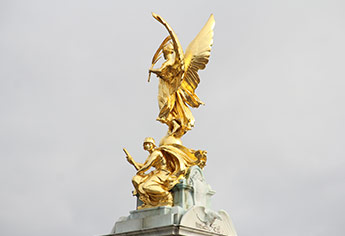