Who was Henry Tudor?

On 28th January 1457 Henry Tudor was born at Pembroke Castle in Wales. His 13 year old mother was Margaret Beaufort, a descendant of Edward III.

His father was Edmund Tudor, the son of Owen Tudor and Catherine of Valois, widow of Henry V.

Edmund Tudor had died before Henry’s birth so Henry was taken in by his uncle Jasper Tudor.

When the Yorkist Edward IV took back the throne after the Battle of Tewkesbury, Henry Tudor and his uncle Jasper were forced to flee to France.

Henry Tudor’s claim to the throne

Henry Tudor had only a weak claim to the throne of England. His claim came through his mother Margaret Beaufort, as a descendant of Edward III’s son John of Gaunt.

The Beaufort line descended from John Beaufort the illegitimate son of John of Gaunt and Katherine Swynford.

In 1485 Henry Tudor sailed from France and landed with his army in Wales.

On 22nd August Henry defeated King Richard III at the Battle of Bosworth Field, Leicestershire. With Richard killed in the battle, Henry was crowned King.

In 1486 Henry united the Houses of York and Lancaster with his marriage to Elizabeth of York, daughter of Edward IV.

During his reign Henry strengthened the power of the King and initiated a more centralised system of Royal administration.

Laws were enacted to prevent the nobles from retaining large private armies. Justices of the Peace, councils in Wales and the North and the Court of Star Chamber were used to enforce law and order.

Trade agreements and the rigorously enforced collection of Royal taxes helped to increase revenues from an average of £52,000 to £142,000 per year by 1509.

Henry’s daughter Margaret was married to James IV of Scotland giving their descendants, such as Mary Queen of Scots, a claim to the English throne.

Henry was crowned King of England in 1509.

His first wife was the Spanish Princess Catherine of Aragon, the widow of his elder brother Arthur. They had one surviving child, Mary Tudor, later Mary I of England.

Henry’s desire for a male heir led to him seeking a divorce from Catherine. When papal authority for a divorce was refused, Henry turned to the English Parliament.

In 1533 Thomas Cranmer the Archbishop of Canterbury declared Henry’s marriage to Catherine of Aragon to be invalid.

This began the English Reformation as Parliament passed a series of Acts formally recognising Henry’s separation from the Church in Rome.

The 1534 Act of Supremacy made Henry VIII the Supreme Head of the Church of England.

There were, however, no fundamental changes to religious beliefs or Church practices during Henry’s reign.

The Acts led to the Dissolution of the Monasteries between 1536 -1540 with all assets and income going to the Crown.

The 1533 Act of Succession had formally legitimised the marriage between Henry and Anne Boleyn and made their children heirs to the throne.

In 1534 the King’s subjects had to swear an Oath of Allegiance “… to undertake and to fulfill all that is in the same Act…”. It was considered an act of treason to refuse.

Sir Thomas More, Lord Chancellor, refused to swear the oath and was executed.

Parliamentary authority had been used as a means of changing the religious establishment and the Royal succession.

Henry’s second marriage to Anne Boleyn produced another daughter Elizabeth, later Queen Elizabeth I. Anne Boleyn was charged with treason and executed in 1536.

Henry married three more times but no other children were born.

Henry VIII inherited a wealthy nation but his reign was one of high expenditure. His foreign policy led to wars with Scotland and France.

There was the threat of invasion, particularly after Henry’s break with Rome. Large sums of money were spent on coastal fortifications and increasing the strength of the navy.

These were financed with income from the dissolution of the monasteries, taxes, loans and the debasement of the currency. By the end of Henry’s reign, England was in a period of high inflation.

In his will, Henry VIII named his son Edward as the successor to the throne. Henry also reinstated his two daughters Mary and Elizabeth in the line of succession.

This gave them the right to claim the throne of England.

A Regency Council of men nominated by Henry VIII in his will ruled on Edward’s behalf.

The Council was led by the Lord Protector, a role given to Edward Seymour, Duke of Somerset, who was also King Edward’s uncle.

The 1549 Act of Uniformity standardised worship across England. Services were to be conducted in English, not Latin and a new Prayer Book was introduced.

This led to the Western Rebellion in 1549. People in Devon and Cornwall wanted a return to Catholic forms of worship.

A further rebellion in 1549, Kett’s Rebellion, resulted from opposition to land enclosure in East Anglia.

Edward Seymour lost his role as Leader of the Council to John Dudley, Earl of Warwick and later Duke of Northumberland. Edward Seymour was executed in 1552.

In his Devise for the Succession, Edward VI named the Protestant Lady Jane Grey as his successor and not his sisters, the Catholic Mary or Protestant Elizabeth, on the grounds that they were illegitimate.

Lady Jane Grey was the granddaughter of Mary Tudor, sister of Henry VIII and had a claim to the English throne.

The Duke of Northumberland had married his son Lord Guildford Dudley to Lady Jane Grey in May 1553. King Edward VI died in July 1553, probably of tuberculosis.

Lady Jane Grey was announced as Queen on the death of Edward VI. Her claim to the throne was not popular and drew little support. At Framlingham Castle, Mary’s supporters were gathering a large army.

On the 19th July the Council declared Mary as Queen. Lady Jane Grey had reigned for nine days.

Find out more about Lady Jane Grey in these recommended works.  (paid links)

Mary was the daughter of Henry VIII and Catherine of Aragon. She was the first Queen to reign in her own right, a Queen Regnant. Mary I was a staunch Catholic.

Her decision to marry the soon to be Phillip II of Spain led to Wyatt’s Rebellion in 1554. In an effort to protect her throne Mary I had Lady Jane Grey executed.

Her Protestant sister Elizabeth was locked in the Tower of London and then held at Woodstock Palace.

Mary I wanted to restore England as a Roman Catholic nation. Parliament abolished all Protestant religious legislation from 1529.

The Pope was reinstated as head, church services were conducted in Latin, the Protestant Prayer Book was banned and Roman Catholic practices were restored.

The aristocracy, however, retained the land they had acquired after the Dissolution of the Monasteries.

Parliament also reinstated the heresy laws, the penalty for which was to be burned at the stake. About 280 Protestants were burned, including the former Archbishop of Canterbury Thomas Cranmer.

There was widespread famine due to successive poor harvests. Enclosure laws brought hardship to the rural poor.

With the Dissolution of the Monasteries, beggars and paupers had lost their main source of aid.

Mary I marriage to Phillip of Spain produced no children. The alliance with Spain led to war with France.

Calais was lost to the French. In 1558 Mary I died and her throne passed to her half-sister Elizabeth.

Continue your reading with these great books (paid links)

Our Queen Mary I pages…

Elizabeth was the daughter of Henry VIII and Anne Boleyn. She ruled as Queen Regnant and was the last monarch of the Tudor dynasty.

In 1563 the Thirty-Nine Articles laid down the basis of the Church in England.

It was designed to be moderately Protestant and so avoid religious conflict. Committed Roman Catholics and Puritans were still hostile towards this new Anglican Church.

Sir Francis Walsingham was a key member of Elizabeth’s inner circle and probably the first official Head of Intelligence; he had spies everywhere.

When Catholic plots to overthrow her were discovered, Elizabeth instated much tougher laws against Catholics.

Most of these plots were centred round placing the Catholic Mary Queen of Scots on the throne instead of Elizabeth.

As a descendant of Henry VII, Mary had a claim to the English throne. After 19 years as a prisoner, Mary Queen of Scots was found guilty of treason and executed in 1587.

England had a great rivalry with Spain. They had come into conflict over trade with the Spanish controlled New World colonies.

Elizabeth I had made alliances with some of Spain enemies. Spain was a Roman Catholic country and King Phillip II wanted England to be Catholic again.

As the former husband of Mary I, Phillip II also laid claim to the throne of England.

In 1588 the English navy defeated the Spanish Armada. War with Spain continued after this but it was not as successful.

Trade greatly expanded during the reign of Elizabeth I. There was an increase in the export of English goods to Europe.

Trade links were formed with the new markets opening up in the East and the New World.

In 1600, Queen Elizabeth I granted a charter establishing the English East India Company.

Literature, theatre, and the other Arts reached a high point during the Elizabethan era.

England had periods of economic depression and high prices, especially towards the end of Elizabeth’s reign. Costly wars had also helped to push the nation into debt.

Acts of parliament in 1597/98 and 1601 were passed to try and aid those in poverty. These Acts formed the basis of the English poor law system until 1834.

Elizabeth I never married and had no children. King James VI of Scotland, son of Mary Queen of Scots, was proclaimed King James I of England shortly after the death of Elizabeth I. 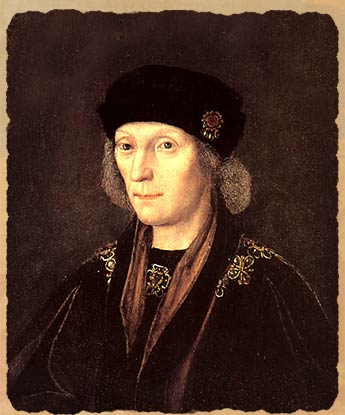 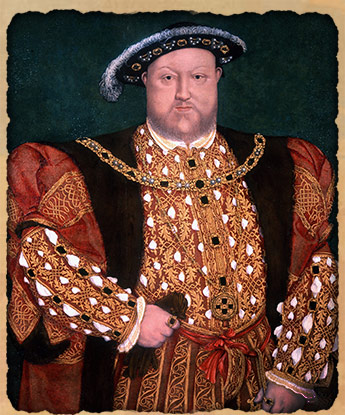 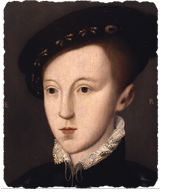 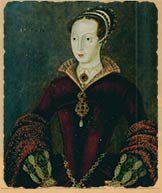