The House of Lords, Tax Credits and the Constitution by Dr Ed Gouge

The decision of the House of Lords to delay the Government’s planned reduction in tax credits takes us to the verge of the first Constitutional crisis since 1936 when Edward VIII insisted on marrying a divorcee.

It takes two to make a Constitutional Crisis though and the Government’s reaction to the Lord’s vote, some of which will now manifest itself in the Chancellor’s Autumn Statement, will decide whether we really are in one.

This is the first Conservative Government without a majority in the House of Lords, though there is not an Opposition majority either.

Labour and Liberal peers put down motions to halt the tax credit changes but there has been concern from Conservative and Crossbench (independent) peers at the potential impact on low paid families in work and so some of these will have either voted against the Government or abstained.

Explaining where we are now takes us into the quagmire of the UK’s unwritten constitution.

Historical precedents are important and the last time that the Lords defeated a major financial policy passed by the Government was in 1909.

The Chancellor of the Exchequer, David Lloyd George, backed by a large Liberal majority in the Commons proposed to tax land and pub licences in his Budget in order to pay for the introduction of old age pensions. The Conservatives in the Lords who owned the land and the brewing industry opposed this but Asquith, the Prime Minister, was confident that they had to pass the Budget because there had been a Constitutional Convention since the mid 17th century that the House of Lords did not overrule the Commons on financial issues.

These Conventions, generally agreed by the key political players, are supposed to be a part of how our Constitution works and allow it to flexibly adapt to social change unlike written Constitutions. But in this instance the Lords ignored the Convention and rejected the Budget. The Liberal Government would not back down and neither would the Lords and the Constitutional Crisis lasted two years. Asquith went to the King to agree 400 new Liberal peers to outvote the Conservatives. Edward VII required a general election and then, as he died in the middle of the crisis, George V required another general election and, after the Liberals won both, the House of Lords backed down under the threat of the new peers. This was touch and go, George V’s two private secretaries disagreed over the creation of the peers and the King finally accepted the advice of the one who said he should agree.

The outcome of the 1909-11 Crisis was the Parliament Act which prevents the Lords from delaying by more than a month any Bill which the Clerk of the Commons defines as a financial measure.

If Cameron and Osborne had put the tax credit changes into a Bill then the Lords could not have done anything but instead they decided on passing the measure as a Statutory Instrument. This had the advantage of not needing the long process of discussion in the Commons that a Bill would require and instead there was only a one day debate, which the Conservative MP David Davis has since described as inadequate, and was still difficult when a new Conservative MP, Heidi Allen, strongly attacked the policy. Statutory instruments, called secondary legislation, involve changes to regulations that are made possible by a previous Act of Parliament. However, they are not covered by the Parliament Act and so the Lords has the power to reject them. They cannot be amended but only passed or rejected.

In coming to their decision, as well as deciding whether the tax credit changes are justified the Lords were meant to take into account two Constitutional issues:-

The first is the Salisbury Convention. When Labour came to power by a large majority in the Commons for the first time in 1945 the Conservative leader in the Lords, Lord Salisbury, agreed with the Labour leader in the Lords that the upper house would not defeat or delay anything in the winning party’s election manifesto, in order to avoid a potential Constitutional Crisis. The Conservatives mentioned welfare cuts in their 2015 election manifesto but not how they would be carried out. Ken Clarke, as a former Chancellor of the Exchequer, has argued that Budget proposals are never included in manifestos as Governments look at the financial situation once they are in office and then take decisions. The problem though is that Cameron and other leading Conservatives had specifically ruled out cuts to tax credits during the election.

The second issue is whether the Constitutional Convention that the Lords do not overrule the Commons on financial matters, which the Lords ignored in 1909, still applies. If the Lords pass amendments to Bills, not designated as financial Bills, but these changes have an implication for Government spending, then it is accepted that the Commons has to give approval to reconsidering them, so it probably does. The two resolutions of 1671 and 1678, one of which the Conservative MP Jacob Rees-Mogg referred to in Prime Minister’s Questions last week, state the Commons supremacy in deciding taxes and the spending of public money but, of course, back then Governments did not make any welfare payments to the population, so are these covered by the two resolutions?

All in all in does look as if the Lords have acted unconstitutionally by ignoring the Convention. Conventions are meant to be part of the unwritten Constitution but politicians are becoming increasingly cavalier about them. In the last Parliament Nick Clegg, as Deputy Prime Minister talked about ‘these fusty old Conventions’ and, in relation to the current issue, Tim Farron said he would rather support 3 million low income families that worry about Conventions. You wouldn’t find President Obama talking that way about articles of the American Constitution.

So if the Lords have acted unconstitutionally then can they be called to account. At this point another part of the Constitution comes into play. In any other country the Government could get a final ruling from their Constitutional Court on whether the Lords’ decision was a breach of the written Constitution. In the UK not only do we not have a written constitution but the courts are prohibited from ruling on the Lords’ vote. In 1689, Parliament, fed up with the King, who then chose the judges, interfering with Parliament, passed the Bill of Rights which says that ‘proceedings in Parliament cannot be called into question outside of Parliament’ . This means that the Supreme Court cannot question a decision of either the Commons or Lords.

As the courts cannot resolve a Constitutional crisis, the only person who can, as in 1909-11, is the Monarch. The Government had threatened two courses of action which would certainly take us into a crisis involving the Queen. Neither seems likely to succeed:-

The Government’s options, if they want to avoid a Constitutional Crisis, are not that satisfactory for them. Curbing Lords’ powers further would take legislation and cannot be done quickly. They could bring back the changes to tax credits as a Financial Bill, which the Lords could not refuse, but that would mean an extensive debate and potential amendments in the Commons, with time for the backbench and Cabinet revolt to grow. The other option, and the one which it looks like Osborne has accepted, is to reduce the impact of the tax credit changes and the Lords, still conscious that it is a revising chamber, would almost certainly agree that. David Cameron and George Osborne must now understand why Harold Macmillan, in his well-known phrase, said that the thing he most feared as Prime Minister was Events. An Event has occurred on 26th October. 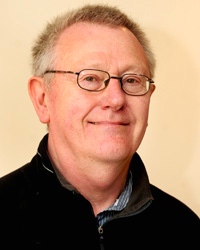