What is the British Monarchy?

At present Queen Elizabeth II is Head of State in the United Kingdom.

Monarchy is the oldest form of government in the United Kingdom. In a monarchy, a king (male) or queen (female) is Head of State. They are also referred to as the Monarch, The Sovereign and Her or His Majesty.

Today, the British monarchy is known as a constitutional monarchy. This means that whoever is on the throne does not ‘rule’ the country, but fulfils important ceremonial and formal roles with respect to Government.

Although there is no political or executive (in charge) role, he or she continues to play an important part in the life of the nation. As Head of State, The Monarch undertakes constitutional and representational duties. These have developed over a thousand years of history.

In addition to these State duties, The Monarch has a less formal role as ‘Head of Nation’. The Sovereign acts as a focus for national identity, unity and pride; gives a sense of stability and continuity; officially recognises success and excellence; and supports the ideal of voluntary service. In all these roles The Sovereign is supported by members of their immediate family known as the Royal Family.

Find out more about the Royal Family

The Queen represents Britain to the rest of the world. For example, receiving foreign ambassadors and high commissioners, entertaining visiting Heads of State, and making State visits overseas to other countries, in support of diplomatic and economic relations.

They are also Fount of Justice, Head of the Armed Forces and have important relationships with the established Churches of England and Scotland.

The British Monarchy captured in Film

The global fascination with the British monarchy is shown no higher than in the world of film. British Kings and Queens and the events surrounding their reigns have long been associated with film-making. Sometimes the central character, such as Cate Blanchett’s portrayal of Queen Elizabeth I or indirectly such as Dame Judy Dench’s oscar winning role as the same Queen in Shakespeare in Love.  On other occasions the films have centred on events such as the tragic death of Princess Diana in Dame Helen Mirren’s portrayal of Queen Elizabeth II in ‘The Queen’. Princess Beatrice, daughter of Prince Andrew, even appeared briefly in The Young Victoria starring Emily Blunt. There have also been some great dramas and adaptations of fiction books. Take a look at some of these fabulous film and TV titles all around £5 -10:

Head of the Armed Forces

Throughout history, Kings and Queens have had strong links with the Armed Forces. Armies have defended and attacked territories on behalf of their rulers and have looked to them for guidance and inspiration in times of war and peace since ancient times.

The first British Sovereigns were the military commanders, rulers and administrators with the best fighting forces behind them. Their role was hands on: they were fighters as well as military strategists, and many were present on the battlefield.

In 1066 King Harold died on the battlefield: hit by an arrow and then mowed down by the sword of a mounted knight, whilst the soon-to-be new king, William I ‘The Conqueror’ directed his troops.

Over time, rulers have taken part from a safer distance, leaving the day-to-day business of warfare to experienced commanders and involving themselves more in strategic matters rather than risk death in the field.

This did not necessarily prevent some of them from being great leaders, motivating their troops as they fought for King or Queen and Country. In 1588 on the eve of the Spanish Armada, Elizabeth I addressed her troops in a rousing and oft-quoted speech:

‘I know I have the body of a weak, feeble woman; but I have the heart and stomach of a king – and of a King of England too, and think foul scorn that Parma or Spain, or any prince of Europe, should dare to invade the borders of my realm; to which, rather than any dishonour should grow by me, I myself will take up arms – I myself will be your general, judge, and rewarder of every one of your virtues in the field.’

In the centuries since, Monarchs have evolved this ‘general, judge, and rewarder’ into a more politically neutral, motivational one. Members of the Royal Family are encouraged to serve in the Armed Forces and to develop special relationships to better understand its ongoing work and culture.

The last British Sovereign to have seen action in battle was The Queen’s father, George VI. As a 20-year-old Sub-Lieutenant in the Royal Navy, he fought in the battle of Jutland in 1916.

Defender of the Faith

In the United Kingdom, The Queen’s title includes the words ‘Defender of the Faith’.

In addition to playing a role in the Churches of England and Scotland, The Queen recognises and supports the various other faiths practised in the UK and Commonwealth.

The Queen and the Law

The Queen is the ‘Fount of Justice’.

In the earliest times the Sovereign was a key figure in the enforcement of law and the establishment of legal systems in different areas of the UK. As such the Sovereign became known as the ‘Fount of Justice’.

While no longer administering justice in a practical way, the Sovereign today still retains an important symbolic role as the figure in whose name justice is carried out, and law and order is maintained.

Although civil and criminal proceedings cannot be taken against the Sovereign as a person under UK law, The Queen is careful to ensure that all her activities in her personal capacity are carried out in strict accordance with the law. 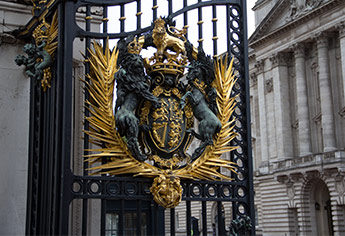 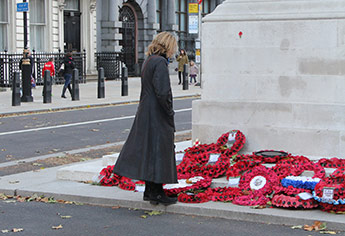 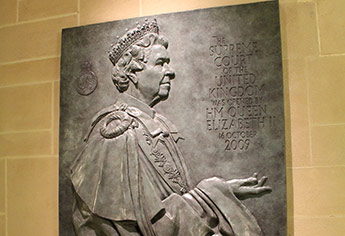