Prince William is the elder son of The Prince of Wales and the late Diana, Princess of Wales.

On 29 April 2011, following his marriage to Catherine Middleton, the title The Duke of Cambridge was conferred on him by The Queen.

On 4 August 1982, Prince William Arthur Philip Louis was christened by the Archbishop of Canterbury, Dr Robert Runcie, in the Music Room at Buckingham Palace.

After attending Mrs Mynors School, The Duke became a pupil at Wetherby School in London, from 15 January 1987 until 5 July 1990.

From September 1990, The Duke attended Ludgrove School in Berkshire, for five years until 5 July 1995. He then attended Eton College from July 1995 and studied Geography, Biology and History of Art at A Level.

The Duke was 15-years-old when Diana, Princess of Wales was killed in a car crash in Paris on 31 August 1997. The Duke of Cambridge and Prince Harry walked behind their mother’s cortege at her funeral which was held at Westminster Abbey on 6 September 1997.

Find out more about Diana, Princess of Wales

After a gap year in which he visited Chile, Belize, worked on British dairy farms and visited countries in Africa, The Duke chose to study at St Andrews University in Fife, Scotland. He graduated with a 2:1 in Geography in 2005. During his time at University he met Catherine Middleton, now his wife the Duchess of Cambridge.

After a period of work experience, The Duke of Cambridge joined the Royal Military Academy Sandhurst as an Officer Cadet.

He was commissioned as an army officer in front of The Queen at Sandhurst in December 2006 and joined the Household Cavalry (Blues and Royals) as a Second Lieutenant.

HRH Prince George of Cambridge was born on July 22 2013, at St Mary’s Hospital in London, to the Duke and Duchess of Cambridge.   He replaced his uncle Prince Harry as third in line to the throne, after his father, Prince William and grandfather, Prince Charles.

Ahead of the birth, the laws of succession were changed to allow either a girl or a boy of the Duke and Duchess of Cambridge to be the next in line to the throne. In his first official interview after the birth, William described his newborn son as ‘a little rascal’ with a lion’s roar.

The Duke of Cambridge is a Knight of the Garter. The Most Noble Order of the Garter, founded by Edward III in 1348, is the senior British Order of Chivalry.

On St George’s Day in 2008, The Queen announced that she had appointed Prince William to be a Royal Knight Companion of the Most Noble Order of the Garter.

The Order honours those who have held public office, who have contributed in a particular way to national life or who have served the Sovereign personally.

As the Patron Saint of the Order is St George (patron saint of soldiers and also of England), appointments are always announced on St George’s Day (23 April).

His Royal Highness became the 1000th Knight in the Register and was installed on 15 June 2008 at the Annual Garter Ceremony at Windsor Castle.

The Duke of Cambridge is a Counsellor of State, and was appointed to the position on his 21st birthday, replacing The Princess Royal.

Counsellors of State are members of the Royal Family who temporarily carry out some of the Sovereign’s official duties in the absence of The Queen.
This situation may arise if The Queen is suffering from temporary illness or is absent abroad for more than a few days. She may delegate certain functions of the Sovereign in Britain, the dependencies, and other territories to her
Counsellors of State. Commonwealth matters go straight to Her Majesty, wherever she may be.

Any two Counsellors of State may attend Privy Council meetings and they may sign routine documents. But their role is limited. For example, they cannot dissolve Parliament, except on The Queen’s express instructions, nor create peers.

Counsellors of State are appointed from among the following: The Duke of Edinburgh and the four adults next in succession (provided they have reached the age of 21). These are currently The Prince of Wales, The Duke of Cambridge, Prince Harry and The Duke of York.

On 29 May 2012, The Duke of Cambridge said he was ‘honoured’ to be conferred to the Order of the Thistle in the year of The Queen’s Diamond Jubilee.

The Duke of Cambridge is President or Patron to a number of charities and organisations whose work he wishes to support.

All three young royals are Patrons and intend to use the Foundation as the main vehicle for their philanthropic activities well into the future.

The Foundation hopes to become a leading philanthropic investor, effectively using its time and resources to create lasting change in targeted areas and geographies, based on need and on the interests of Their Royal Highnesses.

The Foundation seeks to invest in, or partner with, organisations with proven impact, using its profile and leverage to create a multiplier effect in resources, outcomes and knowledge. The Foundation will focus initially on the Armed Forces, young people and conservation.

Catherine Elizabeth Middleton was born to Michael and Carole Middleton at the Royal Berkshire Hospital, Reading, on 9 January 1982. The Duchess is the eldest of three children.

The Duchess of Cambridge was christened at the parish church of St. Andrew’s Bradfield in Berkshire on 20 June 1982.

In May 1984, at the age of two, The Duchess moved with her family to Amman in Jordan, where her father worked for two and a half years. Her Royal Highness attended a nursery school in Amman from the age of three.

In September 1986, the Middletons returned to their home in West Berkshire, and Her Royal Highness started at St. Andrew’s School in Pangbourne, where she remained until July 1995. The Duchess went on to Marlborough College in Wiltshire, where she studied Chemistry, Biology and Art at A-level. Her Royal Highness also took part in sport on behalf of the school, playing tennis, hockey and netball and participating in athletics, particularly high jump. The Duchess completed her Duke of Edinburgh Gold Award at Marlborough.

Leaving Marlborough College in July 2000, The Duchess of Cambridge undertook a gap year in which she studied at the British Institute in Florence, undertook a Raleigh International programme in Chile, and crewed on Round the World Challenge boats in the Solent.

Since completing her degree, The Duchess has worked for Party Pieces, a company owned and run by her parents. Alongside her work for the family business, The Duchess worked in London as a part-time buyer for the clothing company Jigsaw Junior.

In 2008, The Duchess launched First Birthdays, a junior brand to Party Pieces. Her role within the family business included catalogue design and production, marketing and photography

The engagement was announced on 16 November 2010 and on 29 April 2011, Prince William and Miss Catherine Middleton were married at Westminster Abbey.  The couple are now known as The Duke and Duchess of Cambridge.

The Duchess wore a dress designed by Sarah Burton of the fashion house Alexander McQueen with a Victorian feel of ivory satin, lace and sleeves. It was displayed at Buckingham Palace during its 2011 Summer opening.

As William was not heir-apparent (next in line to the throne) the wedding was not a state occasion and the event was attended by both foreign dignitaries, politicians, members of the armed forces and personal guests such as Sir Elton John, Rowan Atkinson, David and Victoria Beckham and Sir Richard Branson.

On 22 July 2013, The Duchess of Cambridge gave birth to the couple’s first child. HRH Prince George, Alexander, Louis of Cambridge was born at St Mary’s Hospital in Paddington, London.

Prince George becomes third in line to the throne behind Prince Charles and his father William, the Duke of Cambridge.

The Duke, who changed the first nappy and joked that the baby had more hair than him, drove his family home from the hospital. In his first official interview after the birth of his son he described his newborn as a ‘little rascal’ and that the Duchess was doing a fantastic job.

The arrival of Princess Charlotte and Prince Louis

In September 2014, The Duke and Duchess of Cambridge announced they were expecting a second child. Charlotte Elizabeth Diana was born on 2nd May 2015 at 8:34am weighing 8lbs 2oz. The new princess became fourth in line to the throne. She was followed by another boy, Prince Louis Arthur Charles born on 23 April 2018. 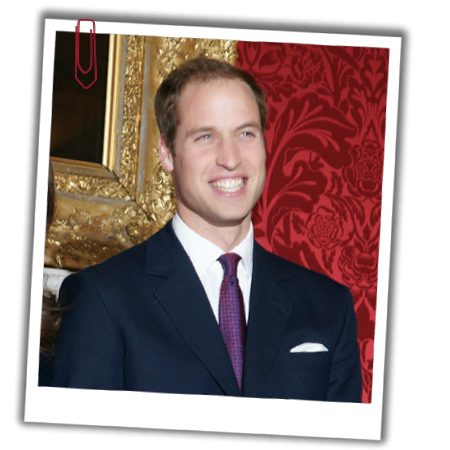 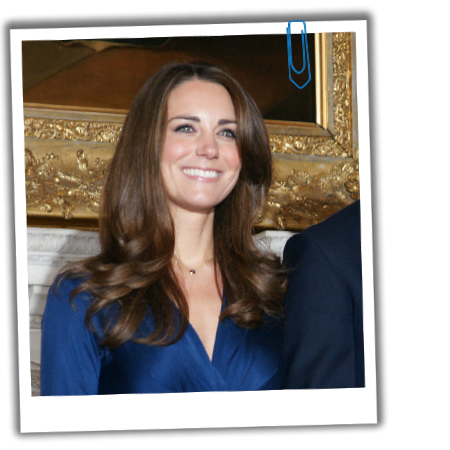