Britain has two Houses of Parliament but only the House of Commons is elected by the public.

The Fixed-term Parliaments Act, 2011 has changed this but as we have seen not made it impossible for ‘early’ elections to be held:-

–        Elections on paper are now ‘fixed’ to take place every 5 years. The idea is the Prime Minister can not choose an earlier date to suit them. According to the Act, the next general election was scheduled for Thursday 7th May 2020 and the present Parliament dissolved on 30th March of that year.  However, the next actual election was in 2017.

–        Parliament, though, can be dissolved and a general election held if two-thirds of MPs vote for this.  At the time of drafting the Fixed-term Parliaments Act, it would have looked unlikely that both Government and Opposition MPs would agree to do this. However, being a post-Brexit world, Prime Minister Theresa May proposed an election for 8th June 2017 and received the backing from MPs she needed. Boris Johnson then secured the backing for a General Election in December 2019. So, it remains to be seen whether General Elections will be fixed or whether the Act with just be the hurdles you have to jump through but can ultimately get around if you really want one. t

–        A Government also has to leave office if it loses a vote of confidence in the House of Commons.  Previously the convention was that the Prime Minister resigned and called an immediate general election as happened in 1979.  The Act now provides for a period of 14 days to allow the possibility of a new Government to be formed and only then would a general election be called. This will give the Prime Minister time to get together enough support to carry on. 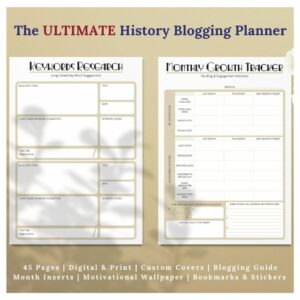 The Effect of Fixed-term Parliaments

The Act was passed as a result of the two Coalition parties wanting to be sure that the Coalition would remain stable.

The Liberal Democrats did not want Cameron to be able to call an election as soon as he saw the Conservatives going up in the opinion polls.

If the Prime Minister had still been able to decide the date there would have been endless speculation by the media and MPs as to whether he was about to call the election and this would distract from the business of Government.

The ability to decide the date was an advantage for Prime Ministers and they could choose a time when they were ahead in the opinion polls or doing well in by-elections and when the economy was doing well.

60% of general elections since 1945 were called over six months before the required date. Prime Ministers have generally won in these circumstances with only Attlee in 1951(though Labour did get more votes than the Conservatives but less seats) and Wilson in 1970 making the wrong choice.

On the other hand, with the election date known, a Government may still be able to reduce taxes in the budget preceding the election and carry out other popular policies in the last few months of the Parliament.

There may though be valid reasons why a Prime Minister would want to go to the country early.

In 1974 Edward Heath called an early election mainly on the issue of the miners’ strike and, although he lost the election, it did resolve the issue and the new Labour Government settled the strike.

In 2007, when Gordon Brown succeeded Tony Blair as Labour Prime Minister there was a discussion that there should be a general election so that the public could decide whether to endorse the new Prime Minister.  Brown probably would have won if he had gone to the country at that point.

Prime Ministers could also use the threat of an early election to bring rebellious backbenchers into line as John Major did with his anti-European MPs in 1993.

The Act chose five rather than four years, which is the term in many other countries, as the length of a fixed-term Parliament.  There is a view that Governments begin to run out of steam after 4 years when their manifesto commitments have all been carried out and so the last year achieves little.  It creates a longer period before MPs have to go before the electorate.

Instead of a three to four-week election campaign, there is more or less continuing campaigning by the parties now that they know the date of the election, although campaigning does tend to take place between elections more than it did in the past.

In the circumstances of a Coalition Government, the Coalition parties will want to distance themselves from each other so that they have a clearer separate identity in the eyes of voters in the election and so it becomes increasingly difficult for the Government to agree on what should be done about issues.

The situation if no party has an overall majority or a very small majority of under 10 has changed.  Previously a Prime Minister could form a minority Government and then look to hold a general election after a short period to try to win an outright majority as Labour did in 1951, 1964 and October 1974.

This will now not be possible and so it is more likely that the largest party would look to form a Coalition that will be stable enough to last the five years of a fixed-term Parliament.  The alternative would be to engineer a no confidence vote but this may not be easy.