HOME : The Monarchy – Kings and Queens 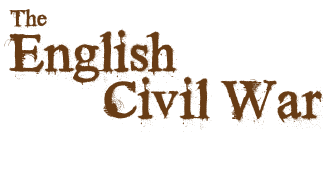 The English Civil War or Wars started on 22 August 1642 and ended in 1651 with the Battle of Worcester.

Although called the ‘English’ Civil War, it involved Ireland and Scotland, and Wales as well. This is why it is also known as The Wars of the Three Kingdoms.

The English Civil War – Build up to war

The relationship between King Charles I and Parliament had become increasingly strained.

Factions within Parliament had also opened up between the King’s supporters and those who wanted to see greater reform.

In January 1642 King Charles entered the House of Commons with an armed unit of soldiers.

He intended to arrest five Members of Parliament.

The MPs had been forewarned and were not there.

In March 1642 Parliament passed the Militia Ordinance which put the control of the local militia (known as the Trained Bands) in the hands of Parliament.

In April 1642 King Charles was refused entry to the main northern arsenal in Hull by Sir John Hotham.

In June 1642, Parliament began to muster troops under the authority of the Ordinance.

In response King Charles began to raise his own Royalist army.

He issued individual commissions to those gentry who were loyal to the Crown, to take control of their local Trained Bands or raise their own soldiers.

Without a Parliament, King Charles I had to reinstate the outdated Commissions of Array to try and raise troops.

The navy declared their support for Parliament under the command of the Earl of Warwick.

In July 1642 Parliament voted to raise an army under the command of the Earl of Essex.

The major cities and towns began to declare whether they were for the King or for Parliament.

Find out more about the English Civil Wars in these recommended works.  (paid links)

On 22 August 1642 King Charles I raised the Royal Standard at Nottingham. King Charles had effectively declared war against Parliament.

On 23 September 1642 the first significant military action of the War took place.

The Battle of Powick Bridge near Worcester was essentially a cavalry skirmish.

Prince Rupert of the Rhine distinguished himself as a cavalry commander when he routed the Parliamentarian cavalry.

The Battle of Edgehill took place on 23 October 1642. It was the first major battle of the War.

The Earl of Essex had been ordered to prevent King Charles from marching on London. Neither side gained an outright victory.

The Earl of Essex withdrew northwards to Warwick leaving King Charles with the advantage as the road to London was clear.

Parliamentarian representatives including Sir John Evelyn attempted to re-open peace negotiations with King Charles at Reading, which Charles agreed to in principle.

On 13 November 1642 the Royalist army advanced on London. It was forced to withdraw at Turnham Green by numerically superior Parliamentarian forces.

King Charles retreated back to Oxford, which became his headquarters.

In February 1643 peace negotiations were unsuccessful as King Charles rejected the proposals put forward by Parliament in the Treaty of Oxford.

During the early part of 1643, the Royalists had made gains in Yorkshire at the Battle of Adwalton Down and in the southwest.

In September 1643 James Butler, Earl of Ormond negotiated a one year cease fire with the Irish Confederates.

The purpose of this was to free up Royalist troops fighting in Ireland so that they could be brought back to England to fight for King Charles against Parliament.

However by negotiating with the Irish Catholics, King Charles damaged his reputation and lost favour with some of his supporters.

September also saw gains for the Parliamentarians when the Earl of Essex relieved the siege of Gloucester.

The Earl of Essex went on to win the First Battle of Newbury as his army moved back to London.

On 25 September the Solemn League and Covenant was signed.

This formed a military alliance between the English Parliamentarians and the Scottish Covenanters.

The Covenanters would send an army to fight on the side of the Parliamentarians.

The Scottish army marched south and joined with the Parliamentarian forces besieging York.

In July 1644 Prince Rupert raised the siege at York.

On 2 July he was heavily defeated at the Battle of Marston Moor by the combined Scottish and Parliamentarian armies.

Oliver Cromwell and his cavalry, the ‘Ironsides’, played a significant role in the battle, demonstrating Cromwell’s abilities as a military commander.

When York surrendered two weeks later, the Royalists were all but defeated in the north.

Things did not go so well for Parliament in Cornwall with the defeat of the Earl of Essex at the Battle of Lostwithiel.

It was the defeat at the Second Battle of Newbury that led Oliver Cromwell amongst others, to call for a change in the way the army was run.

In January 1645 peace negotiations opened at Uxbridge. King Charles refused to accept the terms that were offered.

The House of Lords passed the New Model Army Ordinance in February.

This created a national standing army of professional soldiers. Importantly they were to have no regional affiliations.

The militia had previously been organised at the local level and the Parliamentarian armies recruited from these regional associations.

On occasion, this left army commanders with men who were reluctant to go on campaign outside their own region.

In March the Self-Denying Ordinance was passed.

This Ordinance stated that Members of the House of Commons and the Lords could not hold military office.

The officers in command of this new Army were to be chosen on merit and not on social standing or wealth.

Oliver Cromwell was one of only a handful of men who by passing of an Ordinance, served as a commander in the Army and as a Member of Parliament.

On 14 June 1645 the New Model Army under the command of Sir Thomas Fairfax won a decisive victory at the Battle of Naseby.

Oliver Cromwell and his cavalry once again played an important part in obtaining victory.

The private correspondence of King Charles I was captured with the baggage train.

The publication of these letters as The King’s Cabinet Opened showed everyone that Charles was seeking support from Ireland and continental Europe.

They also revealed that he had never had any intention of accepting the terms of the Treaty of Uxbridge.

These revelations damaged his reputation and lost him supporters.

Victory against Lord Goring’s Royalist army at the Battle of Langport in July 1645 effectively saw the end of the Royalists last field army.

Bristol fell to the Parliamentarians in September.

In May 1646 the New Model Army laid siege to Oxford, the Royalist headquarters.

King Charles I surrendered to the Scottish Covenanters at Southwell, Nottinghamshire on the 5th May.

The first Civil War had ended with a victory for Parliament.

Having won the war Parliament now tried to secure the peace.

They opened negotiations with King Charles trying to find a settlement that he would accept.

Parliament was divided over what these terms should be.

Presbyterians and Independents were each trying to gain control of Parliament.

At issue was just how much influence the King should have in the running of Government, and what form the established Church in England was to take.

In July 1646 Parliament presented King Charles with The Newcastle Propositions.

This consisted of nineteen propositions which would form the basis of a peace treaty.

The main points were that King Charles had to sign the Covenant.

Religion was to be reformed according to the Covenant and settled by Act of Parliament, thereby imposing this new Presbyterian form of worship on everyone.

Strict laws against Catholics and Catholicism were to be enforced.

Parliament was to retain control of the military for the next twenty years and leading officials were to be nominated and appointed by Parliament.

He did not agree with the Propositions but he was still hoping for aid from abroad, or for a breakdown in relations between Parliament and the Scottish Covenanters.

In January 1647 the Scottish Covenanters handed King Charles I over to Parliament in exchange for payment of reparations.

Marching on London they declared that they were trying to purge corruption from Parliament.

They also sought religious tolerance and the restoration of the Anglican Church.

They independently offered their own peace settlement to the King, the Heads of Proposals.

The terms of these Proposals were more generous than those offered by Parliament and called for greater religious tolerance.

At the end of October the Putney debates began.

These were a series of debates involving different factions within the Army and the Levellers.

They were trying to work out what form the new constitution of England should take.

In November King Charles I escaped from Hampton Court.

He went to the Isle of Wight, where he was imprisoned in Carisbrooke castle.

Parliament continued to try and negotiate a peace settlement with King Charles, offering revised editions of the Newcastle Propositions.

In December 1647 Parliament offered Charles the Four Bills, which were based upon the Propositions.

Charles refused to accept them.

On 26 December King Charles I signed a secret treaty, known as the Engagement, with a faction of the Scottish Covenanters.

Charles agreed to establish Presbyterianism in England in exchange for a Scottish army to help put him back on the throne.

With this action King Charles had re-started the war.

There were uncoordinated Royalist uprisings throughout England and Wales.

In May the Royalist army in South Wales was defeated at the Battle of St Fagans.

In July rebel forces surrendered to Lieutenant-General Oliver Cromwell at the siege of Pembroke.

Colonel John Poyer was later executed for his part in the rebellion.

The Scottish Engager army commanded by the Duke of Hamilton crossed the border into England in July 1648.

On 17 August, Oliver Cromwell with his first full command of the Army defeated Hamilton’s Scottish forces at the Battle of Preston.

On the 28 August Colchester finally surrendered to Sir Thomas Fairfax, having been besieged since June.

Two of the Royalist commanders were executed by firing squad.

The senior Army leaders thought that Charles could not be trusted to negotiate and should be put on trial for his actions.

In December 1648, the Army surrounded the House of Commons and only allowed those MPs who supported putting Charles on trial to enter.

This became known as ‘Pride’s Purge’ after the commanding officer Colonel Thomas Pride.

The remaining MPs made up what was known as the Rump Parliament.

They voted to put the King on trial and in January 1649 formed a High Court of Justice.

On 27 January King Charles I was sentenced to death. He was executed in Whitehall, London on 30 January 1649.

On 1 May 1650 Charles Prince of Wales, son of King Charles I, signed the Treaty of Breda.

This was an agreement with the Scottish Presbyterians in which he promised to sign the Covenant, in return for their help to put him on the throne.

Charles had already been proclaimed as King of Scotland in February 1649. In June 1650 Charles II landed in Scotland and signed the Covenant.

In May 1650 Oliver Cromwell returned after a successful campaign against an alliance of English Royalists and Irish Confederates in Ireland.

The Council of State in England sent an army under the command of Cromwell, to invade Scotland.

On 3 September 1650 Cromwell defeated the Scottish at the Battle of Dunbar. In December he captured Edinburgh.

They were defeated by Oliver Cromwell and his army at the Battle of Worcester on 3 September 1651. Charles II escaped and fled to France ending the Civil Wars. 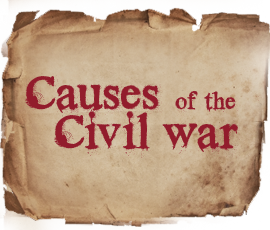 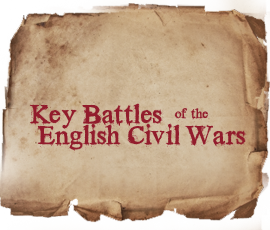 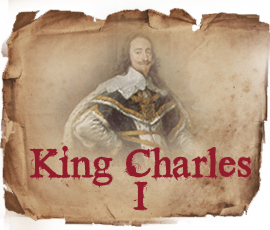 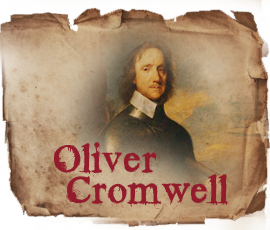 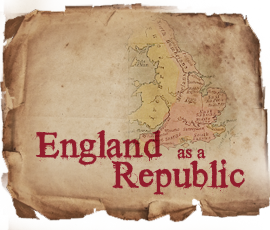